Over three years I have seen a lot of change in the State of Nebraska’s organization for enterprise technology, I would even go as far to say that the culture changed.  I experienced the biggest culture change of my life at the age of 15. I’m an “army brat”, which is insulting to some people, but not to me. I did not know there was any other way of life until my father retired when I was 15 years old.

The military lifestyle is a unique culture with ingrained values and norms. Values such as idealism, loyalty, respect and patriotism were engrained during the time my father was serving in the Vietnam War and awarded the Bronze Star for his service. Our family spent this tour in Alaska waiting for his return. Alaska itself has a very different culture than the lower 48 states. During our time in Alaska we communicated with my father only through letters and occasionally an exchange of reel-to-reel tapes sent through the mail. I loved the salute my mother and I got when we drove past the guard gate as we entered the post; it gave me the sense that my father was doing something important, something noble and worthy of respect.

When my father was stateside I saw the respectful salute he always returned at the gate. While we walked together on post he made sure he returned the respect as we passed each soldier who offered a salute. My father taught me that everyone is worthy of respect. He always showed respect and courtesy. My father lived through boot camp and an armed conflict and he rose through the ranks, eventually becoming an officer. Humility was required. In the twenty years that my father represented our country in service, he always considered his job his duty. 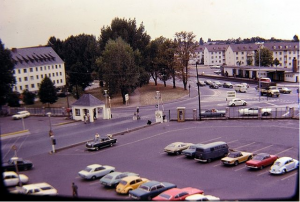 When my father returned from Vietnam we moved to Hanau, Germany where I spent 5th – 8th grades very isolated from civilian life and the United States. Our post had only one English-speaking radio station, AFN (Armed Forces Network), until my 7th or 8th grade year when we were able to get (in addition to radio) one television station. The T.V. station went off-air at 10:00 p.m. and always ended with the National Anthem. Looking back, I consider myself fortunate for not having had a cultural influence of late night T.V. as it gave me an appreciation for reading. Living on post while overseas was very different than the lives of many of my American teenage peers. Movies shown on post had previews like other theaters, but just prior to the start of the movie they played the National Anthem and the entire audience would stand with their hands over their heart. 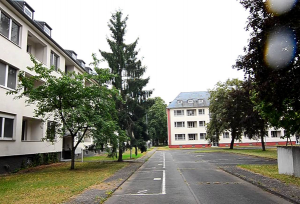 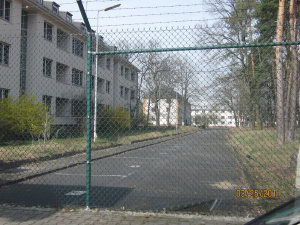 Picture of Old Argonner Kaserne Officers Housing in the 1970’s compared to one taken in 2011. The post was closed in 2008.

Growing up, everyone I knew worked for the same company (U.S. Army) and that company was not a democracy which set it apart from the civilian population. Members of the armed services do not get to choose their assignments or where they were stationed. As a child I learned quickly not to complain. When I was in DOD (Department of Defense) schools it was easy to traverse the two worlds, but when I returned to public school for my High School years I had to learn to negotiate a completely new and totally foreign culture. The culture I grew up in was significantly different than my civilian counterparts’ in school. An organizational culture forms over years of interaction among the participants in the organization. I certainly understood that at a young age.

The Challenge of Changing

I am told that changing an organization’s culture is the toughest task to take on. At the State of Nebraska, we did not intentionally or even consciously set out to change the culture, but we definitely went through a culture change. We began by establishing our organization’s values and beliefs, which eventually formed the basis for our culture. Our foundational goals and mission statement placed more emphasis on client service and efficient delivery of IT services. We incorporated these values into our external brand with a new tagline and logo: 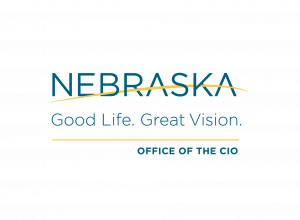 We have a vision of what the future looks like for the State enterprise and have made great progress towards achieving those goals. The culture in our technology agency and our reputation is becoming more and more client motivated. We started telling ourselves that we value our clients and their needs, and then we shared the idea far and wide.  The result is our new-found respect for what our customers need and providing our services at the most efficient cost.

Changing the accepted organizational culture can be overwhelming. Experts say it is not enough to come up with a list of company values and post them online or on an office wall. As a leader and team you have to believe in and support every individual in the organization to share cultural values. There are four areas I have learned that every leader and team must live by:

Employees need to be able to make their own decisions to help our customers at no risk. If it is in the best interest of the customer, just do it. Let employees know what they need to get done, but not necessarily how they should go about doing it.

Provide employees with the tools necessary to get the job done effectively and efficiently – it is essential to do great work. This includes onboarding. The way you bring employees into a company is all-important.

Great customer service should be great by comparison to both public and private industry, regardless of who you benchmark against. Use the right metrics, and get rid of the wrong ones.

Look at your processes to continuously be aware of the ones that can improve. Once started, you might find that you need to look at them even more. Every process needs to include the reason for the process and how it achieves our goals.

Studies show that for organizations the size of Nebraska’s technology agency, cultural change can be completed in three years. We certainly think we are on track. New cultures form for a reason, I believe it transforms to match the style and comfort zone of new leadership. I have been told that leadership means simply definitive direction and expectations of results.  A leader must trust their team to effectively accomplish important goals, provide communication with a vision and show the team respect.  Let them know they are valued and trusted. The organization must have a plan (a roadmap) of where it wants to go before trying to change, and be realistic about is the status quo when creating future benchmarks. Then, the new vision can work to become reality.

Great article Ed! We’re going through a similar process now of defining our organizational values. It’s great to hear about the success you’ve had in bringing change to the culture.

Great piece, Ed. I loved reading your perspective as someone raised as an “army brat,” and I think there are so many great takeaways here. Culture change can be scary but often it is very useful if harnessed and embraced at a leadership level.