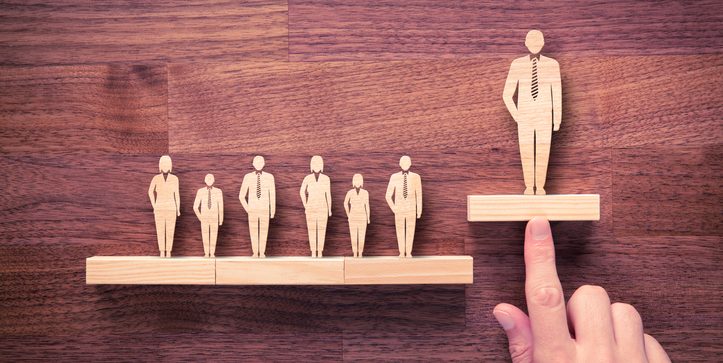 A leader is someone who inspires others to follow. Anyone who must “push” or coerce others by implied or actual threats to achieve the desired result is not a true leader. By definition, a true leader leads from the front.

Best-selling authors Jim Collins and John Maxwell have written about what they call “level-five” leaders. These are individuals who lead their teams and organizations to achieve amazing results. They do so by connecting with their followers, casting a vision, and inspiring others to join them to work together toward achieving that vision.

This is the pinnacle of the leadership journey and, predictably, few climb to those heights. However, don’t let that discourage you. The fact that only a few reach the leadership pinnacle should motivate you to focus your energies.

If you are already a leader or an aspiring leader, I encourage you to aim to be a level-five leader. Of course, there are no short-cuts to the top. You must begin the journey at level one, learn the skills necessary to move up to level two and so on. It takes years, and even decades, to make the journey to the top.

This is not about a job title or position. The “top” in this context is a set of leadership skills, gained through personal successes and failures, that prepare you to lead others to unprecedented greatness.

A leader need not have a supervisory, manager or executive title. Many leaders are not in official leadership positions. I have worked with several de facto leaders over the years. I’m impressed by de facto leaders because they lead without any actual authority. Most commonly, they are thought leaders. Their ideas are sought-after by those in authority and their ability to get buy-in from others is often legendary.

Speaking of legendary de facto leaders, my friend Chuck makes you feel like a long-lost friend within minutes of meeting him and, if you are well-disposed, you are likely to become life-long friends. That’s a gift! He has an enviable pages-long list of friends. Trust me, Chuck is authentic. Chuck has no hidden agendas. He just enjoys befriending decent hard-working people like him. I don’t even know if Chuck is in an official leadership position at his job. It doesn’t really matter. He inspires others to join him in accomplishing the mission, even saving lives, and then credits the other team members for his success. Chuck has many followers but he is also a good follower.

Personally, I haven’t always been a good follower. For example, as a first-line supervisor I regularly bad-mouthed one of my managers (my direct supervisor) in front of my own direct-reports. Soon, some of my own employees became rebellious toward me. I realized that I had “created a monster” by fostering a rebellious attitude among my team and it back-fired on me.

My boss was a jerk, and eventually his position of authority was taken away, but that’s irrelevant. I was a jerk too because I wasn’t a good follower under his leadership. Not following well did not serve me well. I was passed over for promotions.

In turn, I learned that, as long as my boss doesn’t ask me to do something illegal, unethical, immoral or harmful, I must follow the directive. If your supervisor gives you a legitimate order but you disagree with the direction it may take the organization, have the professional courage to tactfully suggest an alternative. Author Ira Chaleff has written extensively about courageous followership.