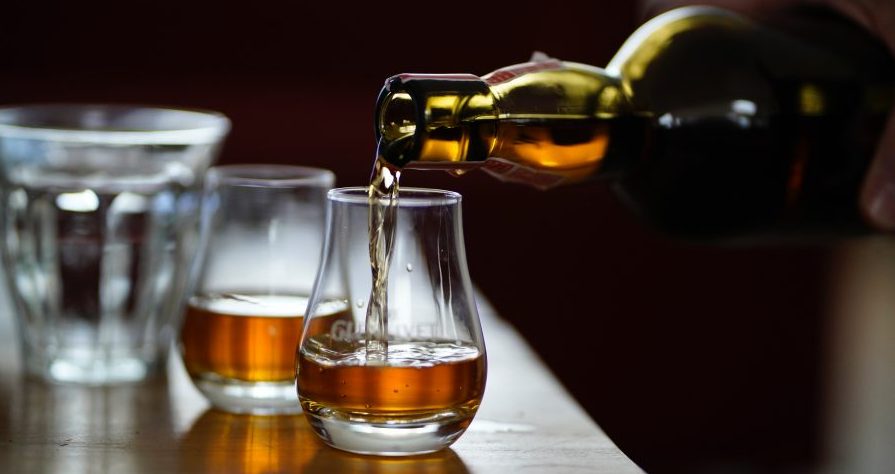 Was that enough of an attention-getting headline? If not, I’ll also start with a story.

In July of this year, I visited 12 whisky distilleries across Scotland. The best part of this trip was my visit to Islay, which hosts eight distilleries. While at the Lagavulin Distillery, I listened to our tour guide, Steph, detail the many statutory requirements that exist to make official scotch whisky. I heard these requirements before and became increasingly amazed at the intricacies. Did they really stick to all of them?

As an aside, if you don’t already know, there are many legal requirements in place for a distillery to label its product as scotch whisky. In short, The Scotch Whisky Association states it must be distilled and matured in Scotland oak casks for at least three years and bottled at a minimum alcoholic strength of 40% abv (alcohol by volume).

My professional background is in policy and quality assurance, so I immediately thought, “how on earth can a government office possibly enforce all these requirements at small distilleries throughout rural Scotland?” So, I asked Steph, “Is there some sort of government office to oversee these things?” She responded with, “Sure, they exist, but we rarely see them, because they trust us to do our job well.”

Mind. Blown. I’ll tell you why.

I arrived in Scotland, semi-burnt out. Before the trip, there were several experiences that left me disappointed, both at work and outside of work, where I tried my best to get other people to care about doing things well. After a while, you seem to get that part beat out of you, the part that cares, after encountering things one encounters in life.

However, here was this distillery, in the middle of nowhere, producing something of the utmost quality and standards, with integrity and excellence.

Lagavulin was not alone in this. We saw this pattern at all the distilleries we visited, and that was only part of it. People were genuinely excited to be at work. They were passionate about their jobs and the reputation of their brands.

Even more so, these distilleries actively participated and supported their local communities: farms, schools, and more. A few tour guides described how they look out for one another when a crisis or emergency happens. If a piece of important equipment breaks, a competing distillery would temporarily help them get along. Many of these places have been operating at this level of excellence for centuries and have carried their communities through some particularly difficult times.

As I consider the spaces I find myself in, there is an extra irony to all of this. I am a part of two large organizations that promote the positive characteristics I described above, government and church, and am surprised to find it is the whisky industry, which is so often stigmatized as a negative influence, as the one succeeding in integrity, excellence, and community. And this, they have been doing for centuries. Of course, they are not always perfect, and neither will we be perfect in our attempts at these goals.

However, it was refreshing to see a community genuinely excited about the people they work with, and the quality of work they produce. Quality work was not produced from fear of immediate consequences if they failed to do so. These communities created a culture where people valued these traits and it has proved to last even when there wasn’t always someone looking.

Knowing there are people out there that have been able to create a positive culture in their communities like this has encouraged me to continue to care about doing things well and to be a source of encouragement to those around me.

For any policy and/or whisky nerds, check out the Scotch Whisky Technical File here.

James Abyad is a GovLoop Featured Contributor. He lives in Alexandria, VA, and loves people, food, music, geography, languages, and Tolkien. His full-time job is just another basic federal employee, specifically a contracting officer, while fully enjoying the Washington, D.C., region. After studying International Relations and Arabic at American University, he aspired to work in diplomacy or a related non-profit; yet, like most millennials, he is trying to pay his student loans off first. So, in the meantime, you can find him investing time in family, friends, community, church, spin, and eating. You can read his posts here.

5 Reasons to Plan for the New Year