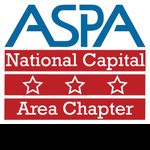 The American Society for Public Administration (ASPA) is committed excellence in public service through advancement of the science, art, and processes of public administration, exchange of information, and forming of professional relationships.

This group is the local ASPA chapter for the DC-metro and northern Virginia area.

ASPA is America’s largest association of public administration professionals. It has 28 specialized interest sections, as well as a wide variety of programming, training, publications, discounts, and networking opportunities.