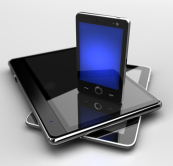 The Next Level- BYOT