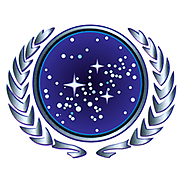 Science and sci-fi geeks come out of the government closet!

And in the Beginning