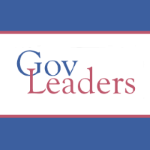 The GovLeaders Group is for those who are interested in growing as leaders and/or growing the next generation of leaders for the public service.