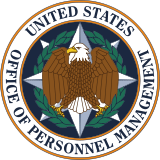 This is a private group for participants in OPM’s pilot “Performance Management for HR Practitioners” training.

This topic contains 74 replies, has 38 voices, and was last updated by