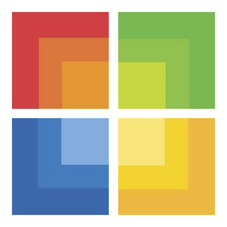 Your space to share ideas and get insight for maximizing productivity using Microsoft products.

Windows 8 in the Enterprise