It’s no secret that the ocean is a vast space. Comprising over 90 percent of the Earth’s habitable space, it seems impossible that humans could have a serious impact on this massive environment teeming with life. However, scientific research at the National Oceanic and Atmospheric Administration (NOAA) is proving that we can and are having a detrimental impact on the Earth’s ocean environment.

As a Senior Fellow at for the NOAA in Seattle, Richard Feely has conducted groundbreaking research tying ocean acidification to global carbon dioxide emissions. He found that ocean acidification poses serious risks to marine animal health, the global environment, and the economies of humans dependent on marine life for sustenance and trade. 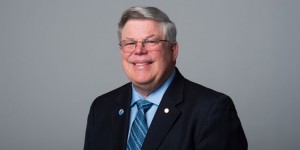 For his work documenting this issue and connecting it to human pollution, the Partnership for Public Service has nominated Feely for a 2015 Service to America Medal, or SAMMIE, in the Science and Environment category.

In an interview with Chris Dorobek on the DorobekINSIDER program, Feely discussed the environmental research that led to his SAMMIES nomination.

In the early 1980s, the NOAA began studying how to make precise measurements for CO2 concentrations and pH changes in the ocean. After perfecting that method, they found that the ocean was becoming more acidic. Intrigued by these findings, Feely began to research the causes and impacts of ocean acidification.

Ocean acidification refers to an overall drop in pH across the ocean environment. “Since the beginning of the Industrial Revolution, mankind has released two trillion tons of carbon dioxide in the atmosphere by burning fossil fuels like coal, oil and natural gas,” Feely explained. When the NOAA first discovered signs of ocean acidification, “they thought that this was just an interesting chemical problem, not a significant biological impact,” Feely said. They were wrong.

Over the past two hundred years, the concentration of carbon dioxide in the atmosphere has gone up a staggering 40 percent. About 30 percent of that carbon dioxide ends up sinking down to the ocean. This accumulation of pollution has caused a change in the ocean’s overall acidity, increasing it by approximately 30 percent.

“The pH has dropped about 0.1 since the beginning of the Industrial Revolution,” Feely said. While this number may seem small, its impacts are far from it.

In the 1990s, research demonstrated that marine organisms such as oysters and coral reef systems are particularly sensitive to changes in pH. Increased acidity makes it more difficult for these organisms to produce shells or skeletons, rendering them unable to develop properly. “In the 2000s, we began to see a tremendous die-off of oyster larvae in our shellfish hatcheries on the West Coast and we were able to link that to the acidification process,” Feely explained. “We realized that this had a huge ecological and potentially economic impact on our food resources.”

Today, “we know from measurements alone that the acidification has taken place throughout the water column and we can see it in the surface of the oceans as well as in the subsurface,” Feely said. “By the end of the century…we could see a 0.3 or 0.4 pH drop, which would be a 100 to 150 percent increase in the acidity of the oceans. That’s a change in chemistry that has not been observed for more than 50 million years.”

How can scientists make those measurements? Feely explained that ice cores and deep sea sediments from various places on earth allow scientists to look back thousands, and even millions of years to assess carbon dioxide levels throughout history. “We get very good proxy information of what the natural variability of CO2 concentration was in the atmosphere and the global temperature associated with it. Then we compare that to the changes that are taking place today,” he said.

Changes in ocean acidity have occurred throughout history. Nearly all of the major prehistoric extinction events were in some way related to ocean acidification. However, Feely contended the major difference between then and now is the relative time span. Those extinctions occurred over the course of millions of years. “What we’re doing now is changing the CO2 concentration in the atmosphere and the oceans over time spans of hundreds of years,” rather than millions.

“The changes that are taking place today are anywhere from 10 to 100 times faster than anything we have seen in the geological past,” Feely said. “If we continue down those pathways, the impacts that we saw in the past may actually occur again in the present.”

“We are seeing the consequences right now in the biological world,” Feely explained. Marine organisms are increasing the rate of extinction exponentially as a direct result of ocean acidification.

Despite the dire situation ocean acidification presents, Feely contended, “We haven’t gone too far yet.” While the situation grows worse as human practices remain unchanged, “we haven’t reached a major tipping point as of yet,” Feely said. But “we very well could in the next 100 years or so.”

Over 97 percent of scientists agree that man-made release of CO2 in the atmosphere is causing the climate change that we’ve observed over the last several decades. According to Feely, the same is true for ocean acidification. If the global environment isn’t enough of a motivator to make a change, a $37 billion dollar seafood industry is also being put at immediate risk.

If carbon dioxide output remains the same, ocean acidification will have vast economic and ecological impacts on all of humanity in the near future. Decisive changes must to be made. “It’s a decision we need to be making now,” Feely said.

For his imperative work identifying the causes and risks associated with ocean acidification, we congratulate Feely on his 2015 SAMMIES award nomination.