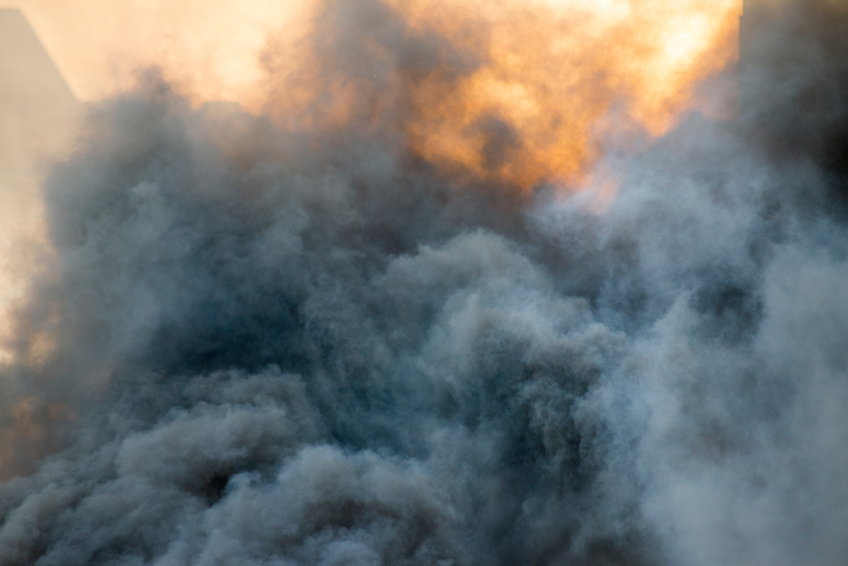 Each day, most of us will turn on our stove at some point or another to cook food. What we normally wouldn’t think about is how advanced this appliance is compared to others around the world. Whether our stoves are gas or electric, most cooking appliances in the western world are far more efficient and safe than those found in developing countries. Today, three billion people around the world still cook the way they did three centuries ago: over an open fire or crude stove in their living space without any ventilation. The pollution produced by open fires and crude stoves is an invisible, deadly threat for millions of people.

As Senior Advisor at the U.S. Environmental Protection Agency, Jacob Moss has dedicated his career to eliminating indoor air pollution. Motivated by crude stoves’ detrimental impacts in individual health and the environment, Moss seized a “tremendous opportunity” to make a difference.

To help eliminate indoor air pollution poses around the world, Moss partnered with the United Nations Foundation to create the Global Alliance for Clean Cook Stoves. Working with global partners in both the private and public sector, this international platform has been able to raise the necessary resources to replace crude stoves with safer alternatives.

For simultaneously mitigating the negative environmental impacts of crude stoves and improving the health of millions around the world, the Partnership for Public Service has nominated Moss for a 2015 Service to America Medal, or SAMMIE, in the Science and Environment Category.

In an interview with Chris Dorobek on the DorobekINSIDER program, Moss discussed what inspired him to take on this monumental project and how his work is having a worldwide impact.

Black carbon pollution emitted by crude stoves leads to 4.3 million deaths per year. In addition, inefficient stoves contribute to more than 20 percent of global black carbon emissions, spreading the health impacts of these dated devices to an even larger global scale.

“There’s a basic sort of moral leadership question when so many people are suffering from such a preventable suite of diseases…that none of us in this country can even fathom is a problem,” Moss explained. He asserted that a problem that is so preventable and so fixable requires people to exert their leadership to make a change for the better.

Moss believed that if you could replace crude stoves with more healthy cooking options, you would be able to “eliminate those [black carbon] emissions, reduce immediate impacts on the climate as well as reduce exposures to the smoke,” creating a healthier world population. Replacing these stoves would thus create a win/win situation for people in developing countries and the environment.

With over three billion people at risk, Moss knew that an undertaking of this scale would be too much for a single U.S. agency like the EPA to tackle alone. Moss worked with the United Nations Foundation to form a global initiative capable of compiling the necessary resources to conduct research and replace these crude stoves.

Today, eleven different U.S. government agencies as well as embassies and financial organizations from around the world are working with the Global Alliance for Clean Cook Stoves to replace crude stoves. Moss asserted that trying to solve a problem as pervasive as this requires expertise from both the government and various industries. “This is not something that’s going to be solved by a government alone and it’s not going to be solved by industry alone,” he explained.

Global problems require cooperative efforts from both the private and public sector. Working with financial organizations, diplomatic entities and government agencies to produce the necessary resources, Moss’s initiative has already made a significant global impact. While there have been much smaller, similar efforts in the past, “nothing had really been anywhere near to the scale of what we’ve been able to accomplish here,” Moss said.

Growing up in Houston, Texas, Moss observed the effects of air pollution. However, he admitted, “I was completely unaware of anything to do with the environment growing up.” It wasn’t until after college that he experienced the detrimental effects of unsustainable practices first-hand.

After college, Moss joined the Peace Corps. During his service, he lived in a village in West Africa. Here, he recalled, “If I threw out stale bread after being away for a week, the kids would pick that up and find a little piece in the middle that was still edible and they would eat that very happily…If I threw away waste paper, that would become used for toilet paper.”

Because he was next to a national highway, he was able to pay for electricity, a luxury most of the village could not afford. Many neighboring villages didn’t have electricity at all. He noticed that latrines were a mere fifteen feet from the village’s well, which supplied everyone’s water.

Witnessing the local sustainability issues in this village inspired Moss to pursue work in environmental protection and global health issues. When the opportunity to create his own initiative focused on sustainable development in air pollution presented itself, he took it. Now, through combined efforts of private and public sector organizations, he is able to influence public policies and resources to address global issues like those presented by crude stoves.

From his experience, Moss observed that there are “really an unbelievable palate of opportunities within the public sector,” to have a meaningful impact. Moss advised public servants to approach issues creatively, as if there were no constraints. “If you see a problem that needs fixing, figure out a way to fix it,” Moss said. “For me, that’s what public service is about: solving problems for people in the country and around the world.”

For his inspired efforts to reduce indoor air pollution and sustain the global community, we congratulate Jacob Moss on his 2015 SAMMIES award nomination.

Want a Good Investment in IT? Ask the Right Questions

Our Journey to Excellence