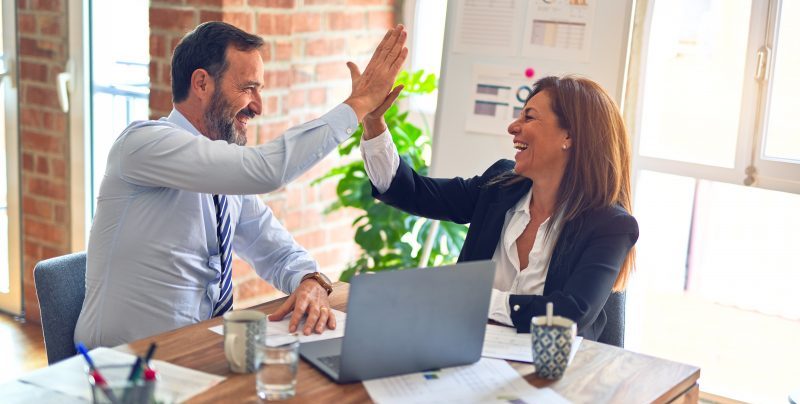 Government agencies don’t lack for data. Like the crew of Coleridge’s ill-fated ship, adrift on the ocean and dying of thirst, federal agencies are drowning in a sea of information, yet little of it is fit for consumption. Often, the data isn’t trusted.

“Even though we have a lot of data around us, it sometimes creates more problems than solutions,” said Konstantin Girkhovskiy, Chief Technology Officer at Acuity Systems.

Consider the analogy of a daily commuter who regularly uses public transportation. An electronic bulletin board displays information about bus arrivals and train departures. Over time, the commuter realizes that the information is unreliable. He doesn’t trust the data, and he stops checking the board.

That’s essentially the state of evidence-based decision-making in much of the federal government. Agency leaders receive information that “isn’t real time data, so they actually have no idea what’s going on right now,” said Paul Shulman, President of Acuity. “The data tends to be lagging, not leading.”

Now consider another commuter, an air traveler who arrives at a major airport and checks the arrivals/departures board. Based on that information, the traveler either makes a beeline for his gate or stops off at an airport restaurant. “That board is evidentiary. It has efficacy,” Shulman said. “That board has never been wrong for me.”

If the incoming flight catches a tailwind and arrives ahead of schedule, the gate agent who has access to the same arrivals/ departures information as passengers will know that some people on the manifest aren’t boarding because they acted on information they received when they arrived at the airport. Trusting the data, she’ll wait for late passengers to board.

Meanwhile, air traffic controllers are diverting aircraft, delaying flights and rerouting planes, their actions determined in part on the decisions of passengers and gate agents who had access to the same data. In this scenario, multiple parties in the air-travel system – passengers, gate agents and controllers – confidently make evidence-based decisions. They trust the data.

“Evidence-based decision-making is only good as long as everybody agrees on the evidence,” Girkhovskiy said.

In theory, these platforms combine the best features of human and machine intelligence, making it possible for government workers to choose and act in ways that are timely, strategic, evidence-based and more likely to attain mission objectives. For that to happen, agencies must manage massive amounts of information, delivering the right data to the right decisionmaker at the right time.

“Government has a lot of data but it hasn’t been treated the way Amazon treats its data. It may look good on paper, but leaders know when the data’s not up to date. They know when it’s not what they really need,” Shulman said.

The best route to evidence-based decision-making doesn’t involve a massive, top-down solution. In the current environment, agencies are advised to consider approaches based on a framework of loosely coupled tools and capabilities, one that doesn’t require leaders to have high-level quantitative skills or computer programming abilities.

Some agencies will have to overcome cultural inertia along the path to evidence-based decision-making. Decision platforms help by facilitating interactions between and among government workers, promoting collaboration and consensus among colleagues. Communities of practice can bring together technical experts and subject-matter experts to enable data-driven decisions.

“You have to find stakeholders who are willing to collaborate with data practitioners,” Shulman said.

This article is an excerpt from GovLoop’s recent report, “Advancing Evidence-Based Decision-Making in Government.” Download the full report here.