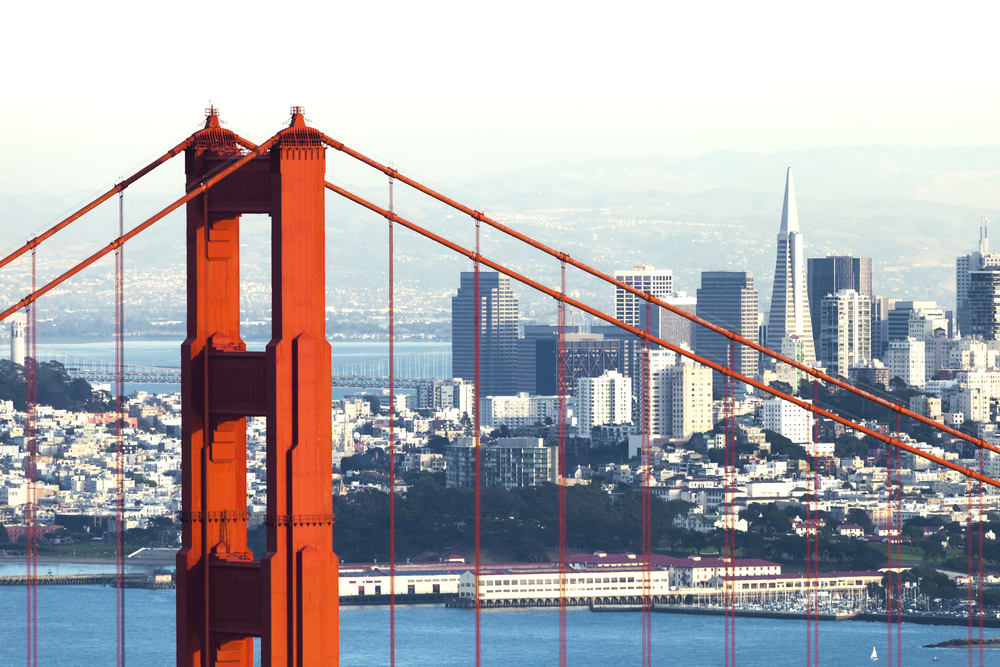 It’s no secret that infrastructure in the United States is in disrepair. One recent study found about 60,000 U.S. bridges are structurally deficient, and that’s just the tip of the iceberg. It seems like everywhere we look, things are falling down around us.

These issues will only become more pressing as populations grow. According to UNICEF, about 70 percent of the world’s population will be living in cities by 2050. That urban growth means our need for dependable, efficient infrastructure is also on the rise.

At the same time, however, the U.S. has become less capable of tackling such challenges. Decreasing federal investment has shifted the financial burden to local and state policymakers. The American Society of Civil Engineers gave the United States a D-plus rating in its most recent infrastructure report card, estimating it will cost the country about $3.6 trillion to improve its score by 2020.

The bottom line? We have a massive gap between what we spend on infrastructure and what we need to spend to bring our systems up to snuff.

In its 2013 report card, the American Society of Civil Engineers prescribed three steps to solve the problem:

• Develop and fund plans to maintain and enhance our infrastructure.

While those steps might seem straightforward, the United States is still struggling to make progress. So what’s holding us back?

Simply put, the sheer size of the task in terms of planning across numerous complex, interrelated aspects of infrastructure is daunting. As a whole, it seems impossibly overwhelming.

Consider what happened with the most expensive and notoriously flawed highway project in U.S. history: the Central Artery/Tunnel Project in Boston, better known as the “Big Dig.”

By the time it was finished, the Big Dig was eight years behind schedule and had exploded in cost from $2.6 billion to nearly $15 billion. The project was designed to reduce traffic on Boston’s existing highways, but it ultimately contributed to congestion because it failed to address the root causes.

Failures like the Big Dig have brought nine factors to the forefront of the infrastructure conversation: capacity, condition, funding, future need, operation, maintenance, public safety, resilience, and innovation. Any project must address these nine considerations — no small feat — before it’s executed.

Where do we even begin? Infrastructure in America is frighteningly complex, and merely planning a major infrastructural overhaul can take decades.

Let’s start by asking ourselves: How do you eat an elephant?

The answer is simple: One bite at a time.

The three solutions I mentioned earlier from the American Society of Civil Engineers report are largely call for stronger strategic planning. As the old adage goes, “A failure to plan is a plan to fail.”

We need to start by planning and testing around the “knowns” of our existing infrastructure, whether we’re talking about transportation or any other agency. Before we can move forward, we need to know where we stand.

The next iteration of the American Society of Civil Engineers’ report card is still a year away, but the 2013 and 2009 reports provide context for our current situation. Those reports actually show some improvements, as the grade rose from a D in 2009 to the most recent D-plus. The $1.6 trillion funding gap mentioned in the report shows we still have plenty of room for improvement.

Once we understand the “knowns” of our situation, it’s time to tackle the “unknowns.”

Black swans are used as a metaphor to describe events that are entirely unpredictable. Planning for black swan situations involves looking beyond history and data to think about events we have never experienced before — both good and bad.

This exercise helps us consider the potential of surprises before they ever occur. The fact that something has not happened before does not mean it never will. Black swan modeling helps us take these possibilities into account ahead of time.

Part of effective strategic planning — and successful black swan modeling — involves thinking innovatively and considering ideas that are outside the box.

This might require partnerships among academia, industry, and government to identify ideas that truly push conventional boundaries. These might involve crowdfunding to cover project costs, a modern Works Progress Administration, or other radical initiatives.

Collaboration between public and private entities opens the door to creative solutions by uniting our best thinkers to solve infrastructural problems.

Consider the recent $1.5 billion partnership between private investors and the New York/New Jersey Port Authority that arose from efforts to replace the aging Goethals Bridge. The project is expected to create more than 2,000 construction jobs and inject about $872 million in economic activity into the area. Public-private partnerships can help ensure that a project receives both the funding and manpower necessary to succeed.

The Boston Consulting Group researched the role the private sector can play in improving well-being. The group found that progress for countries or cities needs to be measured by more than a single metric — gross domestic product growth, for example. The study found any progress should factor in the Sustainable Economic Development Assessment model, which is built around sustainability, economics, and investment. We must realize, for instance, that environmental stewardship and economic growth are intimately connected with infrastructure renewal.

We Have to Start Somewhere

Rebuilding our infrastructure is not something that can be put off indefinitely. Every commuter, family, politician, and business leader depends on infrastructure to go about their daily lives. Fixing these issues should be among our top priorities.

The initiative might seem daunting, but getting started simply involves taking a few steps — or bites. As we saw from the Big Dig, those nibbles shouldn’t be taken without extensive planning. From there, it’s a matter of implementing a well-crafted strategy.

But one thing is certain: We must get started soon. This elephant isn’t going to eat itself.