It’s no exaggeration that computers and their various tech tentacles rule the very world we live in, so you’d expect that career opportunities in developing and servicing computers would be prodigious. And indeed they are. However, the road to getting the cream of IT jobs may take a few twists and turns you might not expect in a traditional job. Here is a cut-to-the-chase primer for building a truly satisfying long-haul career in IT. 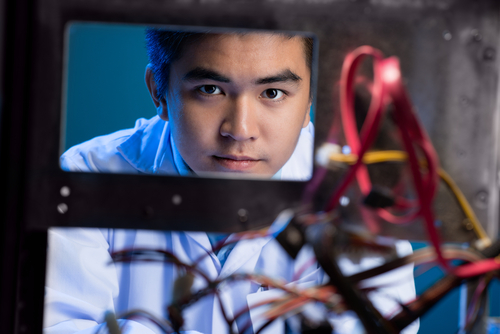 Set your eyes on the right prize.

Given the rags-to-riches outsider successes of Jobs, Gates, and any other legends of Silicon Valley, it’s understandable that many neophytes in the IT game set forth with a cavalier “get rich or die trying” mentality. The reality is that such outliers are the exception, not the rule, and most solid careers in the industry are erected by way of well-considered specialization. For those just getting started, plan on building a dream career over time by adding to your resume the skill sets future employees in a specific niche will seek. A guiding question to ask yourself once you’ve established long term goals is what should your CV should include 3 years from now, then seek shorter-term employment to build that tech muscle.

Build your chops within government and education.

Again, beefing up that resume is not about glamor, so seek gigs that are sure to immerse you in as much hands-on experience possible. A surefire way to rope in said skills is via a position in a major institution that services a massive volume of individuals—and often, school systems and government agencies are golden opportunities. Indeed, the many hats you’ll wear may sometimes include fixing the teachers’ lounge copier, but given the nature of such institutions, you’ll be diving into troubleshooting LANs connecting so many users that future employers will be highly impressed.

Since some of the best jobs in IT are built around knowing how to do very specific things rather than commanding a sort of “Renaissance Man” toolbox, here’s one area where IT can differ from more traditional educational paths. The truth of the matter is that the lion’s share of tech jobs don’t even require degrees, and even these usually cap at the Associate level.

Instead of a one-size-fits-all model of one-stop learning, the advised route in IT is to continue to accrue a sort of intellectual motherboard by adding one certification at a time. For maximum dividends, concentrate on getting certified in PC skills, with A+ heading the list. From there, dive into advanced track programming along the lines of MCSE and CCNA. Certification in the holy trinity of networking—routers, server OSes, and hardware—will mean you’ll never go hungry.

Learn the other kind of networking.

It would be folly to suggest that IT is merely a game of who you know and not what you know, but at the same time, creating a wide net of contacts is just common sense. For this reason, getting your foot in the door through higher learning and government sector jobs is even more advisable, but beyond this, get out there in the coterie of local IT heads by attending area meet-ups, which you can find in the business pages of a local newspaper or town hall portibus. And by all means, fortify a social media presence.

As you may have gathered from the above, the IT mentality is “Go big by starting small.” Master one skill at a time, move to the next…but diligently track new developments in the fields you’ve broken into. Keep a low ear to the word on geek street, and view your life as one ongoing upgrade. You’ll be glad you did.