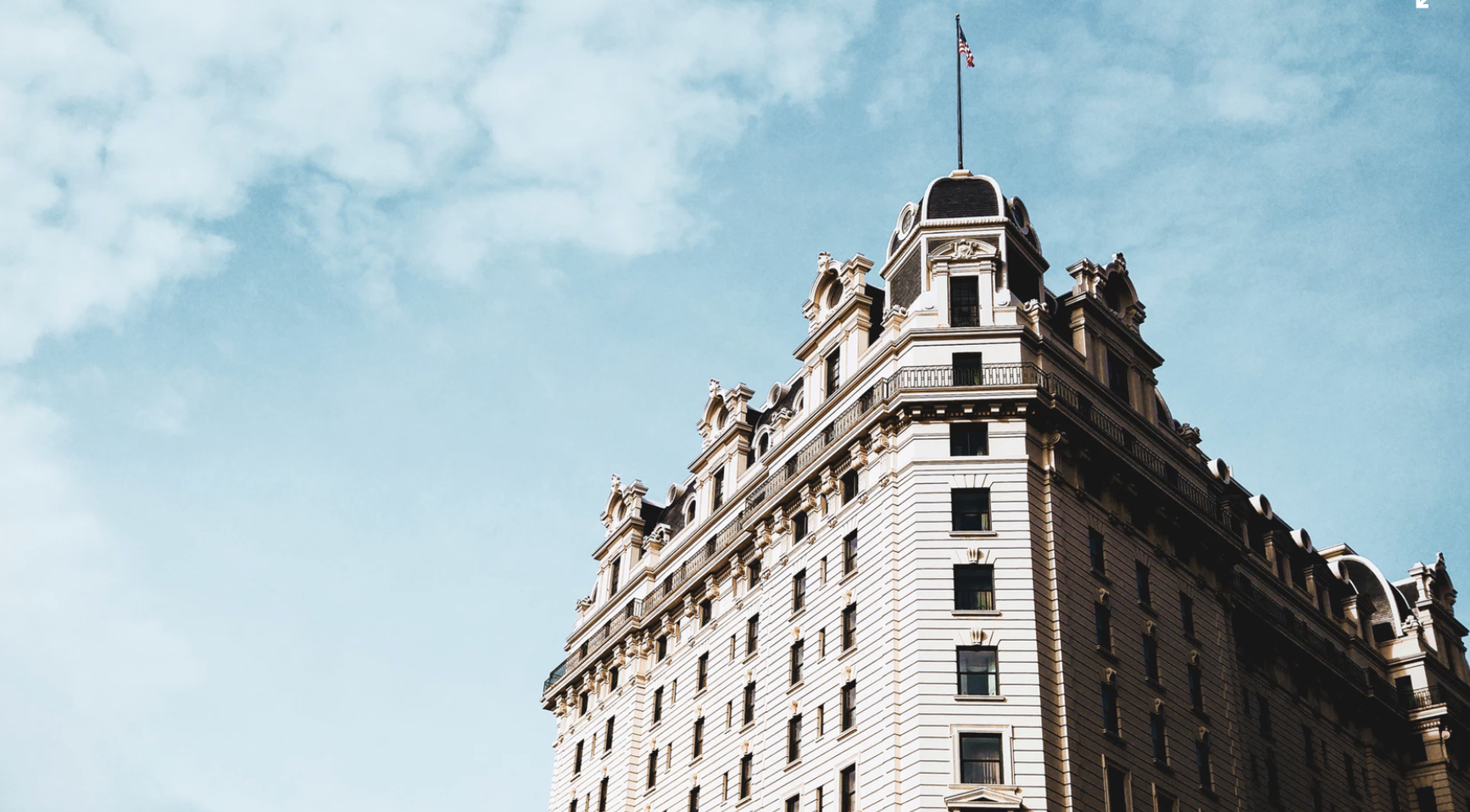 The partial government shutdown has now lasted a full month. For the approximately 800,000 federal employees and the large number of federal contractors who haven’t been paid since the shutdown began, it has been a long month of stress and confusion. Soon, these federal workers will miss a second paycheck.

A week ago, I debunked five common misconceptions about being a federal government worker during the shutdown. That article has already been shared on Facebook a remarkable 34,000 times. It’s clear that a lot of people are anxious to understand what the shutdown means for their friends, family, colleagues, and others who work for the government.

Here are five more misconceptions about being a federal government worker during the partial shutdown.

Misconception: The shutdown only matters to people in Washington, D.C.

As explained in the first shutdown misconceptions article, the partial shutdown doesn’t just impact the government workforce. It also affects a significantly large number of people and industries that in some way depend on a functioning government.

Besides that, it’s also important to remember that the government workforce and the families who depend on them are spread out all over the country. 80 percent of full-time federal employees live outside the Washington, D.C. metropolitan area. The Washington Post explained it another way: “As a percentage of all workers, federal employees affected by the shutdown are as common in Montana and Alaska as they are in Maryland.” According to The Wall Street Journal, looking beyond D.C., “several Midwestern and rural states have the highest shares of their workforces employed by federal agencies affected by the shutdown.”

When these federal employees and contractors aren’t paid and confidence in government drops, consumers spend less money, people postpone trips, and businesses slow investment and hiring. A Moody’s Analytics study found that nearly all regions of the country were economically hurt by the 2013 shutdown.

Misconception: Federal workers should have saved enough money to last through the shutdown

Government workers are no different than any other Americans. They have mortgages or rent payments, student loans, utility bills, car repairs, child care costs, grocery bills, and other expenses. Like their fellow Americans, federal employees and contractors cannot afford to go without income, especially for a long or indefinite period of time. A study of the much shorter 16-day 2013 government shutdown showed that the majority of federal workers didn’t have enough money to cover two weeks of expenses. About 20 percent were living paycheck to paycheck.

Even federal workers who were able to put aside some money could not have anticipated how long this shutdown would last. It is already the longest shutdown in U.S. history, and could go on much longer. President Trump said he’s prepared to keep the government closed for “months or even years.” No matter how well prepared most federal workers were when the shutdown started, the majority will not be able to afford several months without pay. The New York Times reported that by Jan. 16., the typical federal worker had already missed $5,000 in pay because of the shutdown.

We might aspire to an American dream in which the U.S. economy provides adequate financial security for all who work, but that’s simply not a reality for most people—including many federal employees and contractors. About 1 in 8 government workers hold entry-level jobs that “earn little more than $40,000 a year and probably less.” These positions are likely to be filled by younger workers who have recently started their careers who will have had little time to grow any savings and will have fewer options for borrowing money.

Though the shutdown began on Dec. 22, it wasn’t until almost four weeks later on Jan. 16 that Congress and the President passed a law guaranteeing retroactive pay to all government employees at the end of the shutdown. Federal contractors who are not getting paid during the shutdown will not receive back pay.

Whether they will get back pay or not, there are few people who would describe all these weeks spent worrying about how they’ll pay their bills, what their kids will eat, and when they’ll be able to return to their job in public service as any sort of vacation. For the hundreds of thousands of “excepted” federal employees who have to show up for work every day even though they aren’t being paid, there is nothing vacation-like about the shutdown.

Some federal workers can collect unemployment benefits, and some can’t.

The roughly 420,000 “excepted” federal employees working without pay are not eligible to collect unemployment during the shutdown because they are considered fully employed. At least eight states tried to provide these unpaid workers with unemployment, but were stopped by the U.S. Department of Labor. Legislation has been proposed in Congress to give excepted workers unemployment benefits during shutdowns, but it’s a long shot to pass anytime soon or at all.

“Non-excepted” federal employees who have been sent home without pay and prohibited from working may be able to get some relief from unemployment, as can many federal contractors. The Office of Personnel Management (OPM) has said the approximately 380,000 furloughed federal employees “should be eligible” for unemployment benefits “as long as all other state eligibility factors are met.”

That’s the catch. Each state, plus the District of Columbia, ultimately decides who is eligible for unemployment benefits, how long people have to wait before they can apply, how much they’ll be given, and how long they’ll receive benefits. Unemployment payments are a fraction of what people would usually earn, so it’s not an adequate substitute for unpaid income. People can wait 3 weeks or more for their first unemployment payment to arrive, during which time bills will need to be paid. Local unemployment offices are reportedly overwhelmed by new unemployment claims and are having trouble getting a hold of anyone at federal agencies to verify employment status, further delaying the start of unemployment benefits.

Misconception: If they’re unhappy about the shutdown, federal workers should strike

Hold on there, Norma Rae*. Federal employees are not allowed to strike. It’s a crime for federal employees or their labor unions to participate in or advocate for a strike, work stoppage, or work slowdown. The possible repercussions are severe. Federal employees can be fired, prohibited from holding a position in the federal government, and fined or imprisoned.

It’s not an empty threat. In 1981, President Ronald Reagan terminated more than 11,000 federal air traffic controllers who had gone on strike and refused to return to work. The government also fined and revoked the certification of their union, effectively shutting it down. Reagan also barred the fired air traffic controllers from working for the Federal Aviation Administration (FAA) ever again, a prohibition only lifted by President Bill Clinton 12 years later.

You can see why federal employees might not see striking as a viable option. Even so, there are signs that showing up is getting harder for federal employees made to work without pay. The Transportation Security Administration (TSA) said a record 10 percent of security screeners had an unscheduled absence over the Martin Luther King Jr. holiday weekend, with many employees “reporting that they are not able to report to work due to financial limitations.” Despite the strike prohibition, a few people have suggested it’s time for a strike to end the shutdown.

*If you were not a moviegoer in 1979, “Norma Rae” is a film about a factory worker who tries to organize her coworkers into a union, played by actress Sally Field and based on the true story of Crystal Lee Sutton.

Check out the first article about government shutdown misconceptions.

Very interesting piece. This feels like a no-brainer looking back, but I had no idea federal employees couldn’t strike! Loved the Norma Rae reference too 🙂

Thanks, Blake. Glad I could clear up some shutdown misconceptions.

I am having a hard time comprehending how someone can be forced under threat of imprisonment to work without pay. That sounds an awful lot like slavery. Not exactly slavery since they’ll theoretically get paid eventually, but pretty close. It’s just hard to wrap my mind around.

It’s definitely a confounding situation, Lisa. The length of this shutdown seems to be challenging what is considered acceptable, ethical, and even legal. Multiple lawsuits have been filed against the government for requiring people to work without pay. Some may be resolved soon. Here’s an article about the lawsuits. https://www.law.com/nationallawjournal/2019/01/22/something-has-to-break-lawyer-in-federal-workers-shutdown-suit-says/

Thanks for clarifying some of the misconceptions out there Lauren. I think the most important one is the one about people caring outside D.C. I know federal workers as far away as Oregon that are impacted by the shutdown.

You’re welcome, Mark. The shutdown is definitely a nationwide issue, that has and will have an impact on most Americans (even though many may not be aware yet!).

I am one of many, many federal workers serving my country outside of the United States who is impacted. Thank you for helping tell the truth about the global impact of this shutdown, Lauren.

It was an honor to write articles that could be so useful to so many, Cindy. Thank you for your dedicated service.

Policymakers, How Well Do You Know Your Community?