Chief Deputy United States Marshal Matthew Fogg was off duty and just 40 blocks north of the North & South Twin Towers of the New York City’s World Trade Center’s when both towers crumble to earth in a catastrophic fire and smoke-filled event. His eyes watered, knowing many American men, women and children were already dead or dying and calling for help.

True to his sworn oath of office as a U.S. Marshal and to the U.S. Constitution to protect and serve this nation against all domestic and foreign enemies, dominated his inner drive to save lives. Armed with extensive ‘SWAT’ training as a member of the U.S. Marshals Service, Special Operations Group “SOG”, Matthew made his way south against all odds and in opposite direction of thousands of horrified onlookers — to the area known as “Ground Zero”. He joined other responders in a life-threatening five-day search, rescue and recovery effort. 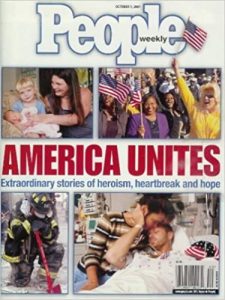 Later his picture recovering the body of a fallen New York City firefighter was featured in People Magazine (dated 10-1-01); Other photos and news articles were featured in the New York Newsday newspaper; the Columbia University’s Columbia Spectator news and a live interview (YouTube) with CNN Correspondent Paul Zhan. (Scroll down to see all photos, articles and YouTube links below).

The individual approach to social media