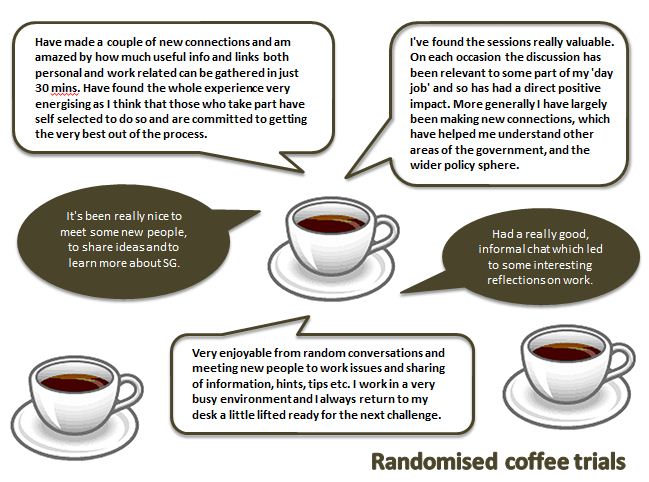 “Poetry and hums aren’t things which you get. They’re things which get you. And all you can do is to go where they can find you”. (Milne, 1928)

So, that’s the scene pretty much set – thank you for bearing with me! I think it’s time we started having a closer look at some of the stuff I’m working on. Let’s start with one of our smaller projects, one that’s had considerably more impact than we ever expected it would.

My favourite word is ‘serendipity’. And I’m not alone: serendipity was voted Britain’s favourite word in 2000. It has a lovely history, too. It was apparently coined by Horace Walpole and comes from a Persian fairy tale about the ancient princes of Sri Lanka, then known as Serendip. The “Three Princes of Serendip” “were always making discoveries, by accidents and sagacity, of things which they were not in quest of” (Walpole, 1754 cited in Merton and Barber, 2006, p. 2).

I could write about serendipity all day long. But, why, you may be thinking, would something so esoteric be of interest to a government organisation?

Well, serendipity is a staple ingredient of creativity and innovation. Knowledge and creativity are not necessarily resources in themselves, but potentials generated by social relations. And they tend to be particularly valuable if they’re generated by unexpected encounters, surprising conversations, the collision of unrelated ideas.

But beyond a certain organisational size, our serendipitous encounters may be rare, especially in settings where we tend to stick to the same groups. Connecting with people who have different schedules, skill sets and interests is challenging, even if we recognise that we’d benefit from exchanging ideas with people who think differently.

So when we heard about NESTA’s Randomised Coffee Trials (RCTs) (Soto, 2013) we thought we’d give them a go. It works like this. Every month, staff who have volunteered to take part are randomly matched into pairs. They then arrange to meet for a chat. There are no requirements or obligations regarding what they talk about. Some chats may be spent entirely on work-related matters, others might have a more personal element to them.

We’ve been running our RCTs for about 18 months now. The reaction has been overwhelmingly positive. Word has spread – we’ve done very little active promotion and most of our sign-ups have come via word of mouth recommendations – and we recently had our 250th RCTer sign up.

What seems to have been most appreciated is that, although it is just a coffee, it’s actually a bit more than that. Random coffee gives us ‘permission’ and an opportunity to meet and build connections with colleagues who are not involved in our day to day work. They provide us with an opportunity to step outside of our work, take a break and pause while we learn more about our colleagues.

RCTs have proved to be a very practical way to create links where none exist and to facilitate exposure to different ideas and perspectives. People from across the organisation have learnt about unexpected synergies between their work. They’ve made connections that have endured. They’ve gone on to collaborate on projects. They’ve changed the way they work. One even changed jobs following a random coffee!

There’s been a lot of interest in our Randomised Coffee Trials and they’ve spread to other parts of the public sector in Scotland. And – inspired by that original NESTA post – organisations in all sectors have introduced RCTs or adapted the concept for their own context. Brewing company, SABMiller, for example, have implemented Random Beer Collaborations. And the Bank of England does ‘CoffeeFours’ where four people meet up once a month for conversation. Dave Gurteen is, very helpfully, capturing all these iterations on his blog.

Do you have random coffee – or something similar – in your organisation? Or is it something you might consider starting? There’s really not a lot involved in setting something like this up and the benefits far outweigh the costs.

Now that RCTs are well established in our organisation, I’ve been thinking about ways we could take random coffee a bit further. GovLoop random coffee, anyone? The Red Cross are conducting them globally via Skype – perhaps that could be the model?

I’m also starting to think about other ways that we might create places where ‘poetry and hums’ can find us. Any ideas gratefully received!

But before I go…

I’m sure you’ve already worked out that the quote accompanying this post comes from Winnie the Pooh – that great, but underrated, philosopher.

Merton, R.K. & Barber, E. (2006). The Travels and Adventures of Serendipity: A Study in Sociological Semantics and the Sociology of Science. Princeton: Princeton University Press.

I just love this idea! GovLoop coffees are a brilliant suggestion – I’ll think it over 🙂 Thanks, Lesley!

This blog deserves an “awesome”.