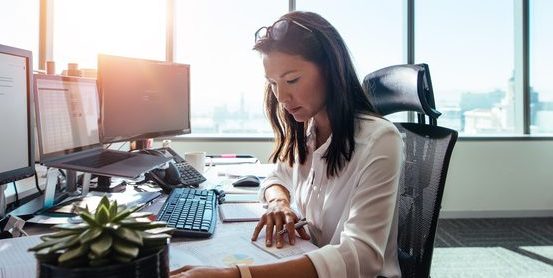 Perception is a funny thing. It can change so much between our internal view and the way others view us externally. Flipping through the most recent Perception journal, I stumbled upon a study by Dr. Christopher Watkins of Abertay’s Division of Psychology that focused on how the amount of makeup women wear can have a negative impact on how people see a woman as a leader. So on the one hand, we have a data point that says that wearing makeup can cause those who perceive us externally to view a woman as unworthy to be a leader.

Last year, however, there was a well-received and researched Harvard study that focused on the “lipstick effect.” This effect relates to the phenomenon where women who wear makeup may cognitively benefit by feeling an increase in self-esteem, attitude, and personality, which can be critical personality traits for a leader. So we have a data point on the other hand that states that a woman may have a better internal perception of herself if she wears makeup.

Personally, I oscillate between being a “cut crease double wing baking contour” kind of girl to a “yuck – I don’t want anything on my face” kind of girl depending on my morning mood. So anecdotally, I’m not sure I can confirm these theories one way or the other. Regardless, I don’t believe that my “leadership qualities” decrease depending on the amount of makeup I am wearing. I think what these studies illustrate is that something as mundane as the makeup we as women wear (often due to societal norms to begin with) are perceived differently than we may personally perceive ourselves and I think that is disappointing. I think we need to take conscious effort to stop creating perceptions and make time to get to know the individual. We are all capable of talking to people and getting to know them and understand their qualities without judging them based on a something as meaningless as the makeup on our face.

So instead of attempting to square competing ideas that women who wear makeup feel more confident but others will perceive her as a less effective leader, let’s focus on the real issue of perception. We hold power to change the way we judge others based on any number of qualities. It’s up to us to treat people with dignity and respect and to take the time and spend the energy to find the varieties that each individual brings to the table.