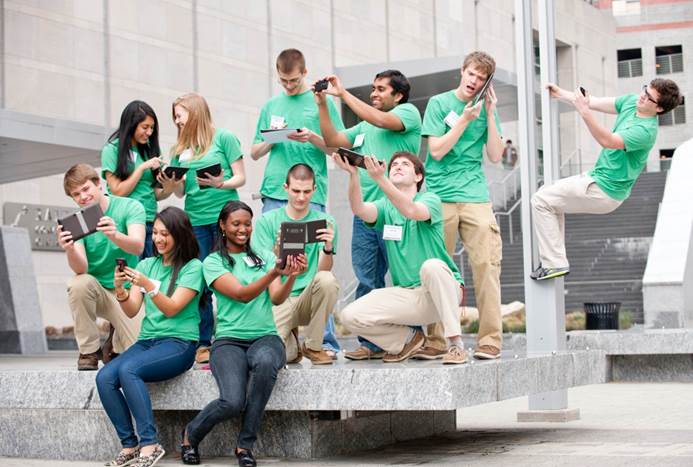 Move over, Millennials. There is a new generation of workers entering the workforce. They are called Generation Z’ers, though they also go by other names like Globals, Igeneration, Digital Natives and Generation Now.

Who is Generation Z? They were born in 1995. They number about 65 million in the USA. They total 275 million in First World Nations. They are 1.6 billion and growing worldwide. In a couple of years, they will make up 10% of the workplace.

They are the world’s most multi-racial generation having benefited from the highest rates of multi-racial marriages in USA history. They will for better or worse be the last generation to experience the term “white majority.”

They live in multi-generational households with boomerang Millennial siblings and retired grandparents. Having been raised with senior citizens they exhibit similar characteristics of Traditionalists like thriftiness and buying only what you need.

They will benefit from learning from the AARP generation since they are projected to have the longest life span of all generations of 78 years for men and 83 years for women.

Their brains are faster but their attention spans are shorter. Attention deficit disorders increased with this generation fueled by an addiction to digital devices that weaken their communication skills.

According to the entertainment service, Wikia, 100% of Digital Natives are connected online for at least 1 hour a day and nearly 50% of them are online junkies for more than 10 hours a day. Wikia claims 53% of 16-22 year olds would rather give up their sense of smell than an essential device like a computer or cell phone. In a sense, technology is their 5th sense.

For their entire lives, they have known the Internet, GPS systems, playlists and 100 plus cable television channels. 73% of Z’ers would rather use the Internet for research as opposed to going to a library. Raised by mostly older Generation X parents who value small families, their lack of siblings has given them more entertainment options.

Based on data from the Sparks and Honey Research agency, their development will be defined in the context of a volatile, uncertain, constantly changing and ambiguous world marked by 911, the great recession, high levels of poverty and increased violence in media. Some observers are predicting these challenges will better prepare them to lead in the workplace.

According to the Federation of American Scientists, Z’ers prefer to learn by doing rather than being told what to do. They gravitate toward visual learning like watching a YouTube clip. Their ultimate learning experience is doing something themselves, earning them the nickname the Home Depot generation.

The Sparks and Honey Research agency predict that Z’ers will be the most cooperative generation having been raised in a school system that emphasized mainstreaming, collaboration, exposure to targeted instruction and inclusive classmates.

According to generational expert Dan Schawbel, Z’ers will redefine the 9 to 5 workday, add more technology to their work, get started on their career paths earlier and emphasize the people they work with and the projects they undertake over the location of their workplace.

They are the www generation–whatever we want whenever and wherever we want it. The question is, will slow moving self-serving government workplaces cooperate with Z’er impetuousness. Stayed tuned, it could be a match made in heaven.