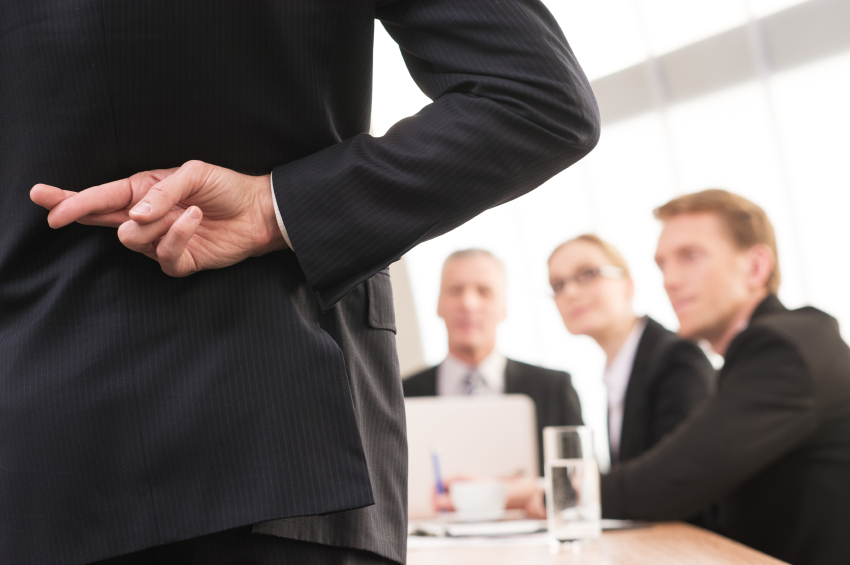 As a little girl, I was taught not to use the word lie. It was a bad word in my world. My mother told me to use untruth instead. And so I did…until I transitioned to the workplace; I began to use ‘fabricate’ to replace untruth.

Today, telling an untruth is simply deemed a lie demonstrated by NBC Nightly News anchor Brian Williams and the Secretary of the VA, Bob McDonald. Workplace lie cost Williams a substantial amount of money and the new secretary‘s credibility so very early on in his tenure.

I love Williams’ anchor work…and although Lester Holt is a favorite Brian and I have a longstanding relationship. I have watched him from the beginning.

As humans, is it innate for us to lie? Deception occurs in business meetings, phone conversations, electronic messages, office memorandum, and other everyday organizational media (Carlson & George, 2004). This Bloomberg article justifies why there is a need to lie at work.

I would rather someone steal from me than lie to me.  If you take my pen, my book; I can replace it. Once lies are generated, it’s very difficult to recover honor from these:

Falsifying documents
This is a no-no but it happens. It comes in different ways. After signing a performance appraisal, your manager adds a not so nice narrative subsequent to you signing…unless you check your Electronic Official Personnel File (EOPF). Back dating a memo to cover up a discrepancy or an oversight while preparing for an audit/ investigation. Manipulating documents to deceive is a lie.
Resume
A study by ResumeDoctor.com found that 42.7 percent of resumes contain one or more major inaccuracies. Research staff tried to verify dates of employment, job titles, and education on more than 1,000 resumes. According to Michael Worthington, co-founder of ResumeDoctor.com. ”The things candidates are lying most about are the things you can easily check up on.”

Ok…there are lots of competition in the workplace. It doesn’t mean you have to lie on your resume. Do a critical evaluation of all your skills and update your resume. Declaring a degree from an unaccredited college or an unaccredited education institution is a lie.
Competencies Characteristics
Lying about your competencies will come to light…it’s just a matter of time. When it’s time to pay the piper and you cannot produce , you have lied. Years ago, I was on an interview panel. The selectee was impressive during the interview. In fact, he was so impressive; I didn’t want the panel to interview any other candidates. How foolish of me? Well, years later I have yet to be impressed by anything this coworker has ever done. People don’t want to hear what you have done. We want to see what you can do. Proclaiming that you have a skill that you really do not have is a lie.
Did I do that?
My first couple of days in a new position, a seasoned government employee who was in the loop told me a valuable advice I would not appreciate until later in my career. She advised me that I will stumble upon co-workers who will take credit for my work. She said, “If you did it, put your name on it.”

It is a prevailing practice in the workplace. You created a PowerPoint Presentation some time ago and while attending a presentation you noticed keen similarities to your work as well as noticing a slide with a co-worker’s name- taking credit for the creation of the PP.

You are prompted for ideas…and you provide them. In a meeting two weeks later, your idea/s is on an agenda which seems to indicate that the idea came from the meeting organizer. Taking credit for someone’s work is a lie.
Technology discovers lies:
Technology provides the ability to fact check our assertions. Never lie about anything that can be easily checked. Before choosing to lie, we must consider if our lie will cost us more than we care to lose.

Unless cited, this article is based solely on the experiences of the author.