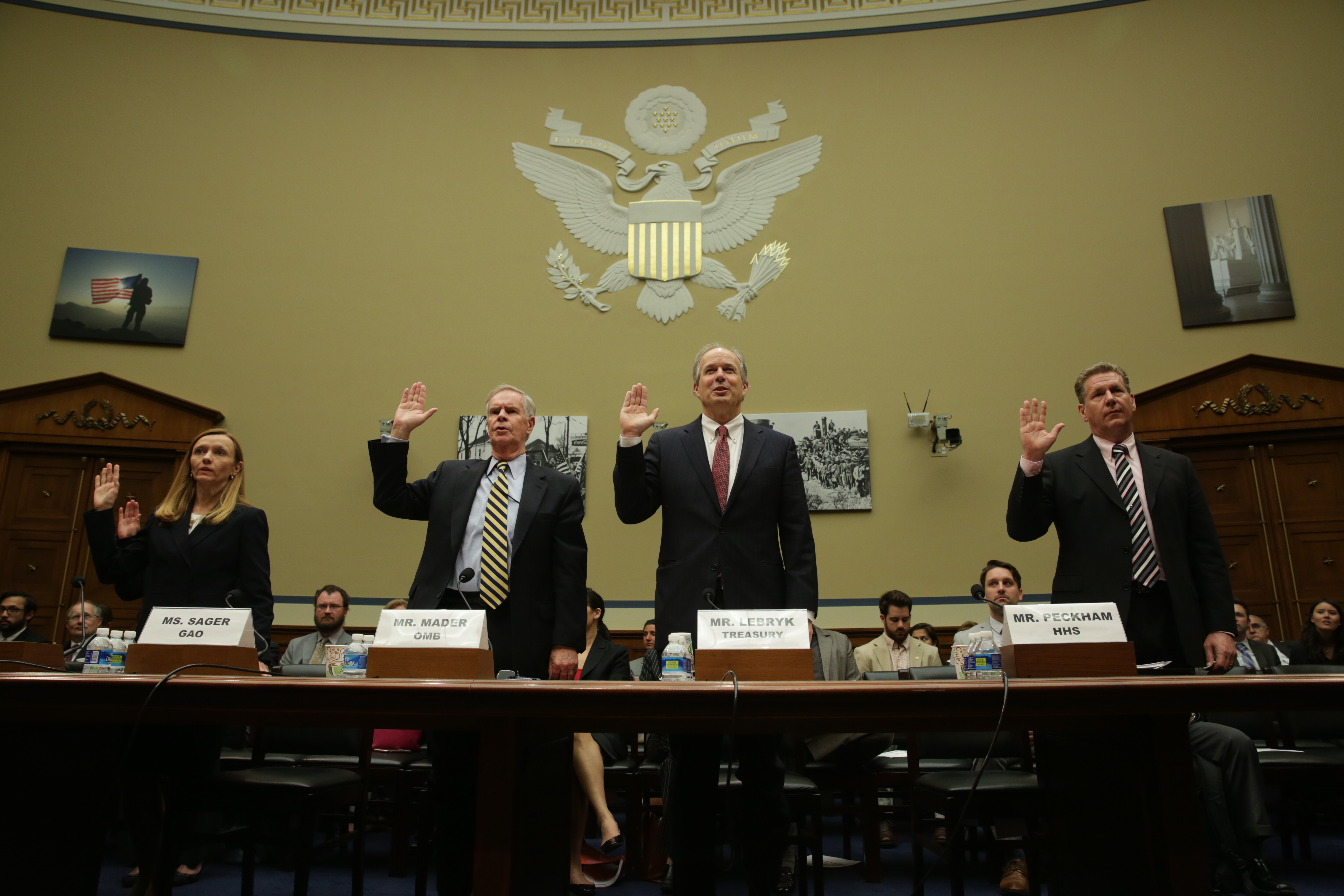 On April 13, key Congressional oversight leaders gathered to check on the health of the DATA Act.

Their prognosis? Good, but not out of the woods yet.

The joint oversight hearing brought officials from the White House Office of Management and Budget (OMB), the Treasury Department, the Department of Health and Human Services (HHS), and the Government Accountability Office (GAO) before the House Oversight subcommittees on Information Technology and Government Operations. (The same two subcommittees last held a similar joint hearing nearly nine months ago.)

Congressional oversight of the DATA Act is important. Congress must verify that federal agencies are on track to transform their spending information from disconnected documents into standardized, open data by the law’s May 2017 deadline. Congress must also ensure that OMB is moving forward toward standardizing the wide variety of grantee and contractor reports, as Section 5 of the DATA Act requires.

The witnesses’ testimony gave reasons to be optimistic that agencies are complying with the law and will be able to standardize their spending information by May 2017.

The officials who testified at last week’s hearing are scheduled to speak publicly at the Data Coalition’s DATA Act Summit on May 26th. To learn more, join us at the Summit!

In the meantime, here are three things we learned at the hearing – and what they mean for the future of the DATA Act.

1. Congressional leaders are willing to dig into the details.

Last January’s GAO report on DATA Act implementation revealed that OMB had raised an odd interpretation of the law. In OMB’s view, not all of the 57 standardized data elements were required by the law, but only 11 of them. Under this interpretation, OMB could decide in the future not to require full standardization – and let agencies off the hook.

This is the sort of important, yet highly technical, issue that usually gets ignored in Congressional hearings. But this time committee members, and the hard-working staffs serving them, had done their homework.

Rep. Mark Meadows pressed OMB Controller Dave Mader on which data elements are covered by the law. Mader abandoned OMB’s previous interpretation. He affirmed that all 57 data elements are “definitely a requirement.”

And just like that, the committee prevented OMB from weakening its DATA Act leadership in the future.

The committee tackled another technical, yet consequential, issue when it asked OMB to redesign the contractor reporting pilot program.

The DATA Act requires OMB to test the use of standardized data fields and formats to transform federal grantee and contractor reporting. In 2014, OMB appointed HHS to do half of this work: a pilot program focusing on grantees.

But, as GAO testified, there’s no comparable program on the contractor side. OMB did announce that it would standardize one narrow aspect of contractor reporting, but that’s not the sweeping change the law calls for.

Committee members were ready for this issue, too. Reps. Meadows, Gerry Connolly, and Robin Kelly all questioned why OMB hasn’t done more to test the notion that standardized data can allow automation. And OMB promised to present a new plan to Congress “within 45 days.”

Committee members understand why the DATA Act matters. Rep. Will Hurd put the need for the law in perspective:

“In fiscal year 2015 the Federal Government spent $3.7 trillion…about $12,000 for every man, woman, and child in the United States…is the government spending their money wisely? … The unfortunate reality is that federal government spending data is housed in disconnected and siloed systems that use various unrelated formats that makes those questions very hard to answer.”

Hurd, who helped run a cybersecurity firm before running for Congress, gets it. The DATA Act will impose a consistent format on spending information, which will open the whole corpus of federal spending to scrutiny.

2. Standardization is really going to happen.

The committee’s big question for Treasury and OMB was why the two lead agencies hadn’t yet finalized a government-wide data format for federal spending. Treasury and OMB both promised that a final announcement would happen within weeks.

Last Friday’s announcement also included specific instructions to agencies on how to create and upload standardized data files that conform to the 57 DATA Act elements and the DATA Act Schema. All federal agencies must begin reporting their spending information using these standards by May 2017.

At the hearing, Rep. Hurd asked Fiscal Assistant Secretary Lebryk, point-blank, whether the agencies will meet the deadline.

Lebryk’s response: “the short answer is yes.” Seventeen out of the 24 largest agencies are already testing how they will report, using preliminary versions of the Data Act Schema.

Committee members took steps to follow up themselves. Reps. Connolly and Glenn Grothman asked OMB to provide a list of all agencies covered by the DATA Act. Rep. Hurd asked for a full list of officials responsible at each agency. And Connolly said he’ll ask committee leadership to call another hearing in September follow up.

With this level of interest, we can expect Congress will insist on tracking agencies’ progress, and will intervene with those that don’t move fast to adopt the DATA Act standards.

As Rep. Hurd said, “the DATA Act will allow us to begin to untangle the web of federal agency spending, and start to restore trust between government and its citizens.”

But all that depends on whether agencies find their way to the May 2017 deadline – and whether OMB and Treasury hold them to it.

The best way to explore what the DATA Act means for our government and society is to take part in the DATA Act Summit on May 26th. We hope to see you there! 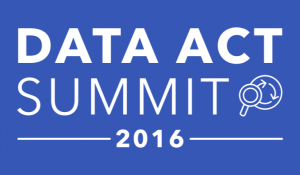