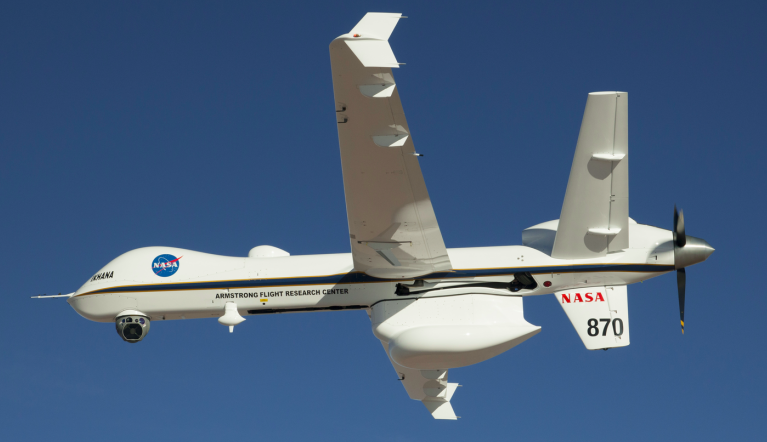 By the year 2022, the Federal Aviation Administration (FAA) estimates that nearly 500,000 drones will be flying commercially over the airways. These drones will deliver packages, track storms, assist in rescue operations and much more. Although the usefulness of drones has increased, the question of how to manage mounting drone air traffic has emerged.

One of the biggest challenges we are facing today revolves around the construction of new airway rules for drones and how to enact them. Luckily, one scientist and his team of experts are here to help.

Parimal Kopardekar is a Senior Technologist for Air Transportation Systems at the National Aeronautics and Space Administration’s (NASA) Ames Research Center in Mountain View, California. Kopardekar, known professionally as P.K., and his team have worked tirelessly to design a first-of-its-kind Traffic Management System for Unmanned Aerial Vehicles (UVAs) at NASA. Because of his amazing efforts, he is a finalist for the Promising Innovations category for the Service to America Medals or the SAMMIES.

The SAMMIES are an esteemed awards program sponsored by the Partnership for Public Service that recognizes remarkable work done by career federal employees. Last week, Christopher Dorobek, host of the Dorobek Insider, spoke with P.K. about the exciting and innovative work that he and his team are doing to put a brighter spotlight on drones.

As a graduate student, P.K. became interested in aviation and engineering early on in his studies. After earning his doctorate in industrial engineering, he went on to establish himself as one of the top experts on air transportation in the country. He landed his first big job working for the FAA before moving on to NASA.

P.K. says that one of the greatest problems on the horizon for drones, and specifically UVAs, is the sheer number of them and the amount of effort needed from air control to operate them.

How do we get unmanned drones to land safely when there are so many objects in the air? This is a project that P.K. and his team have been working on with NASA and several other agencies. His breakthrough came in the form of a unique idea that took advantage of the digital world around us.

“We came up with the idea of creating a digitalized system that provides an exception for the vehicles,” he explained. “That way every vehicle doesn’t have to go through the air traffic control system and get clearance for every change.”

But, this project couldn’t have happened without help. The collaborative Resource Transition Team allowed for both NASA and the FAA to come together and explore concepts early on in the development process. P.K. said that this collaboration made sure that they were doing the right research.

“We see this as a really nice collaborative innovation where the government has a certain role and responsibility to allow access in a way where innovation is also being nurtured at the same time, regardless of industry service or industry ideas,” said P.K.

NASA’s new Unmanned Aircraft System is certainly a useful improvement that will make the work of keeping track of UVAs much easier, but what makes this system unique?

“The main idea was born because there were no services provided in some of the smaller cities and more rural areas. The fundamental difference is that we are connected and have a more connected setup because we are migrating towards digital matter,” P.K. said.

In the end, the new Traffic Management System for Unmanned Vehicles will provide better control over vehicles. P.K. concluded, “The way that we can maintain safety and provide a secure ground space is by having certain things authorized to operate exactly where you want them and how you want them to be operated.”

Get to know the other SAMMIE finalists before the ceremony. We think all of the finalists are awesome, but if you have a favorite be sure to vote for them in the People’s Choice Award!