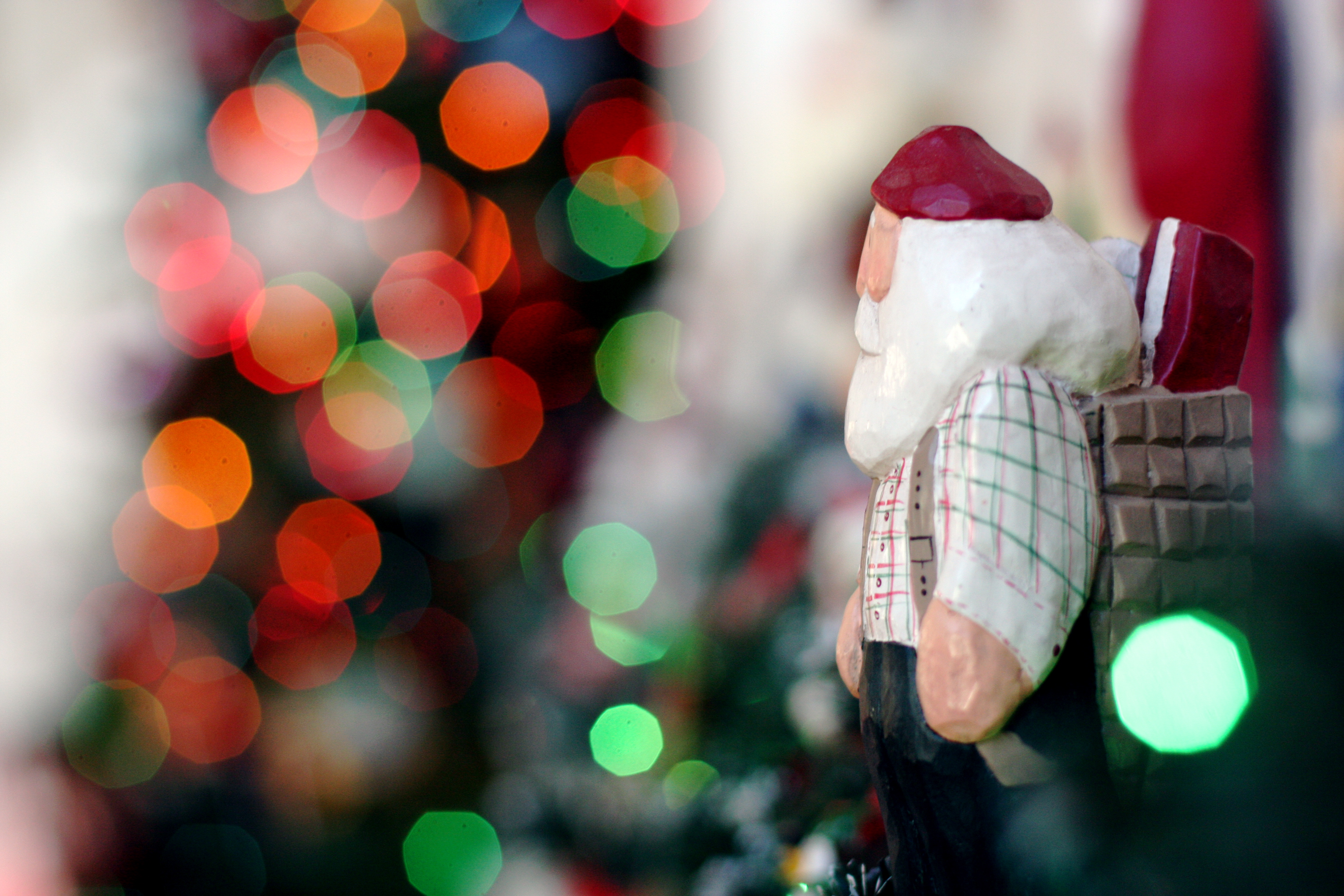 On Christmas Eve, the North American Aerospace Defense Command (NORAD) will not only use be protecting North American skies, they will also be tracking Santa Claus. If you’re unfamiliar with NORAD, it is a United States and Canada bi-national organization charged with the missions of aerospace warning and aerospace control for North America.

Today I wanted to take a little time to talk about one of my favorite holiday traditions, NORAD’s Santa Tracker (NTS). NTS allows you to track the location of Santa, as he travels at the speed of starlight on Christmas Eve. Although Santa won’t be stopping by your house until you’re sound asleep, NORAD will help you keep tabs on Santa as you anxiously await for his arrival. The program has three core goals:

I’ve always used NORAD to track Santa, and that’s why I was so excited to be able to speak with Stacey L. Knott Deputy Chief, Strategic Outreach, NORAD and USNORTHCOM Public Affairs, to get the inside scoop on how NORAD works, and the unique history behind the NTS program.

I can say this, after speaking with Stacey Knott, all systems are a go for Christmas. Santa is geared up and ready for another wonderful holiday season. NORAD is ready too, as they are expecting another year of high traffic and interest in the NTS program. Last year NORAD had over 22.3 million unique visitors to the NORAD Santa Tracker website.

The program has a unique history, and Knott was kind enough to walk me through some of the history. The NORAD Tracks Santa (NTS) program started in 1955 when an accidental call was made on Christmas Eve to NORAD’s predecessor, the Continental Air Defense Command. A local newspaper in Colorado Springs had printed an article that had a picture of Santa and a phone number. The article even had text that read, “Make sure you call the right number!” Do to the misprint in the paper; calls began to flood into the Continental Air Defense Command’s dreaded “red phone.” This phone was typically reserved for calls with the president or foreign dignitaries, so you can clearly imagine the confusion when the phone began to ring.

Air Force Colonel Harry Shoup, who was on staff that night, picked up the phone and was astonished that instead of hearing a high ranking official on the line, a child was on the phone asking if he was Santa, asking when he would arrive at her house. Shoup politely told the girl he was not, but Santa would be arriving soon, as he was able to track Santa using NORAD radar. Knott said, “For the rest of the night, Colonel Shoup directed the rest of his staff to answer any calls that came in that night from children asking about Santa, and to tell them where Santa was located that evening.”

We are seeing a new normal in government, agencies are challenged to manage the volume and velocity of data they are creating and collecting. There is a lot of data required to track and manage Santa on Christmas Eve. Curious as to how the agency solved their big data problem, I asked Knott to explain how NORAD manages the volume and velocity of their data. “Like our mission model, all the same assets that we use to protect North America are our radars, our satellites, and our fighter aircrafts, we are able to use that same information, gather that and then we upload it into our Santa maps, our maps for NORAD.”

In order to capture this data, they have also created “Santa Cams,” which are strategically placed all around the world to see Santa during his flight. One of NORAD’s partners, AGI, is able to help load the video onto a map, and allow everyone to track Santa.

Knott reminded me that the video is not quite in real-time, and it arrives just shortly after Santa passes through a region. She said, “The video is a little bit after he’s gone through that area, that video pops up in the map at that time, so he has probably just flown there because you know, Santa flies faster than starlight.”

Although this project brings much joy to all, I was curious about the privacy issues around NORAD NTS. Thankfully, Santa is aware that NORAD is tracking him, and is unwaveringly supportive of the project. In fact, he was recently at NORAD conducting some test flights to check NORAD’s systems. No bugs were reported; no interference from Rudolph’s nose, and everyone is excited and ready for Santa’s flight this month. (You can watch video of his test flight here).

A Global Effort – Volunteers for NORAD

Santa’s elves are not the only ones busy and working overtime around the holidays. During the month of December, thousands of human volunteers come to the Peterson Air Force Base to help track Santa. “We have approximately 1200 volunteers who come in and work in the operation center that night taking calls,” said Knott.

The help is well needed; last year alone NORAD received over 114,000 phone calls and over 9,000 emails. “All of those calls and e-mails come into our operation centers and we help answer people’s questions where Santa’s at, so we can be sure they can be in bed and asleep on time and that Santa will stop by their house. Because Santa doesn’t stop by if you’re still awake! So we want to make sure people are in bed and asleep.”

This is truly a remarkable effort by NORAD and their various supporters. Knott informed me that over 55 organizations, including military, government and corporate companies help support NORAD. “We have many partners who have helped us with the website this year, Microsoft has been instrumental in working with all of our various partners like HP, AGI and RadiantBlue who have helped us with our website,” said Knott.

This is a fantastic program provided by NORAD, and truly has become part of many of our holiday traditions. “It’s [NTS] an honor and a responsibility for us, that we take very seriously. We make sure that it’s family friendly and fun for people to come and track Santa with us and we have children and adults alike who come and do this and have been doing it for many, many years.”

Happy holidays, and if you’re curious about ways to track Santa this year and all the latest improvements to the Santa Tracker site, be sure to check out an additional blog post giving you all the details.

HP’s mission is to invent technologies and services that drive business value, create social benefit and improve the lives of customers — with a focus on affecting the greatest number of people possible. Check out their HP for Gov group on GovLoop.

I love the holiday cheer!

My favourite annual news release (from 2012): Transport Canada clears Santa for take off

Great article! To learn more about the origins of NORAD’s Santa Tracker, you should read Tracking “Big Red One”: NORAD’s Secret Santa Mission. For more in-depth information on the technology highlighted in their Santa-tracking, read “Santa, We Got Your Six!” NORAD’s Santa Tracker Goes High-Tech.

Great article, Patrick! I, too, have been a long-time fan of NORAD’s Santa Tracker, and in fact, did some research the origins. Readers may want to learn about how a Sears’ Christmas ad typo during the Cold War led to NORAD’s Santa Colonel giving the green light to track “Big Red” (aka Santa) for kids across the world. Read http://govbooktalk.gpo.gov/2014/12/22/norad-santa-tracker/

The guide sets out, for example, those matters which are relevant to planning and on which your comments may be considered and those which cannot be taken into account when a decision is made on the application.

Watch Your Back: How to Prevent Insider Threats