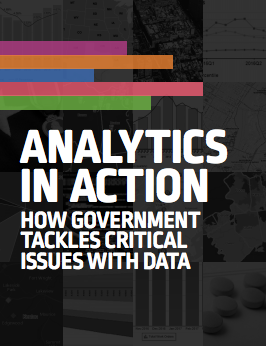 In July 2017, the federal government announced the largest health care fraud takedown in the history of the Justice Department.

The government charged 412 defendants with fraud over a scheme involving $1.3 billion in false billings. Among the defendants, 56 were doctors and more than 120 have been charged with opioid-related crimes, making this the largest opioid-related fraud takedown in American history. Other offenses included billing government health services for fraudulent claims and swapping prescriptions for money.

“It was the leveraging of many resources that made the takedown such a huge success,” William Parente, Health Care Fraud Unit Chief of the FBI’s Criminal Investigative Division, said during an ACT-IAC forum in Washington, D.C.

Detecting and thwarting fraud is a challenge across government. At the same time, agencies are working to address other pressing issues, including opioid abuse, affordable housing, integrity of government programs and improving veteran care.

The common thread tying together the government’s handling of all these issues? It’s data analytics.

In this GovLoop guide, we share firsthand accounts from government employees at all levels who are using analytics to not only identify critical issues but to also find solutions. Their comments were edited for length and clarity and focused on key issues, including:

› How analytics is being used to drive decision-making

› What makes their analytics projects successful