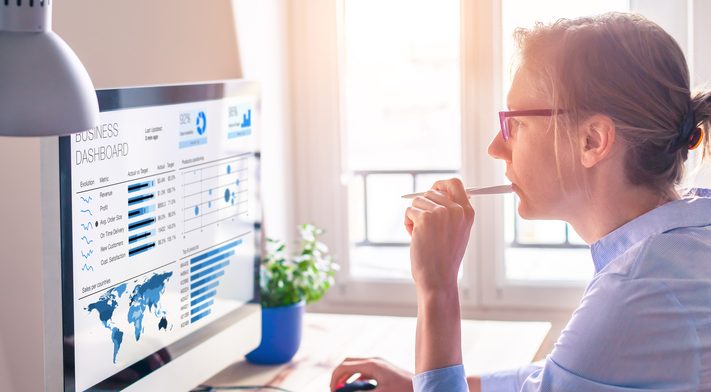 The Foundations for Evidence-Based Policymaking Act of 2018, known as the Evidence Act, was signed into law in January 2019 and gave 24 large federal agencies a mandate to become data-driven enterprises and a roadmap for getting there. It requires agencies to appoint a chief data officer (CDO), create the position of Evaluation Officer and establish multiyear agendas and evaluation plans. Additionally, the Office of Management and Budget in August 2020 released guidance on implementing the act and aligning it with key components of the Government Performance and Results Act Modernization Act.

Agencies have shown enthusiasm for achieving the Evidence Act’s goals, though mixed with some uncertainty. In the Data Foundation survey, 86% of respondents said they knew what was expected of their role, but only 54% said they had a clear idea of how they would succeed.

Government agencies have been working toward a digital transition — accelerated by the COVID-19 pandemic — but the shift to a data-driven strategy is something of a new frontier. “They’ve got to look at this differently,” said Aileen Black, Senior Vice President of Public Sector at Collibra, a data intelligence company. “They’ve got to manage and leverage the best and most important mission asset they have, which is data.” And it’s never been more essential to government agencies than now.

But agencies still face significant hurdles to achieving data-driven decision-making. They include dealing with disparate, siloed legacy systems with varying levels of security, a challenge compounded by COVID-19 shutdowns and widespread remote work. Agencies also are dealing with a genuine data deluge, with massive amounts of unstructured data pouring in from sources inside the expanding cloud environment, the Internet of Things and emerging 5G mobile networks.

With the demand for high-level cloud and security skills continuing to climb, the cloud skills shortage is widening across all sectors, which places further pressure on government agencies to recruit and educate talent.

All of this is happening amid a cultural shift into uncharted waters. Agencies need to clearly define and support the nascent role of CDOs, who need to be able to attract the resources necessary to implement data-driven policies, increase data literacy among the workforce and expand their community to sources outside government.

Agencies must build a culture of data intelligence. It begins with data governance, which manages availability, security and usability while providing a framework for enforcing policies. A strong, consistent data governance strategy enables greater collaboration within agency units, such as IT and business, and among outside agencies, leading to innovative solutions and, ultimately, better services.

Agencies should establish data governance “in a way that’s strategic, that’s thoughtful, but also is very informative to the nontechnical person,” who needs to use it, said Ryann Swann, head of Collibra’s Federal Practice. “Governance becomes imperative to treating data as a strategic asset and building the data-centric organization.” Key steps in laying the foundation for data intelligence include developing a data catalog that uses metadata to define and organize an agency’s data assets. A central repository for the catalog offers transparency while circumventing the problem of siloed systems.

Building a collaborative data-driven culture first necessitates developing a business glossary, which provides a common language shared throughout an agency and government overall. It also requires data domains, which define key terms within domains such as health care or national security, and map back to the business glossary. Ensuring data lineage by tracking where data originates and then mapping the relationships among data points as they move from system to system are also essential to ensuring data trust.

This article is an excerpt from GovLoop’s recent report, “Federal Agencies’ Path to Data-Driven Decision-Making.” Download the full report here.

Ensure Remote Workers Have the Access They Need to Be Productive