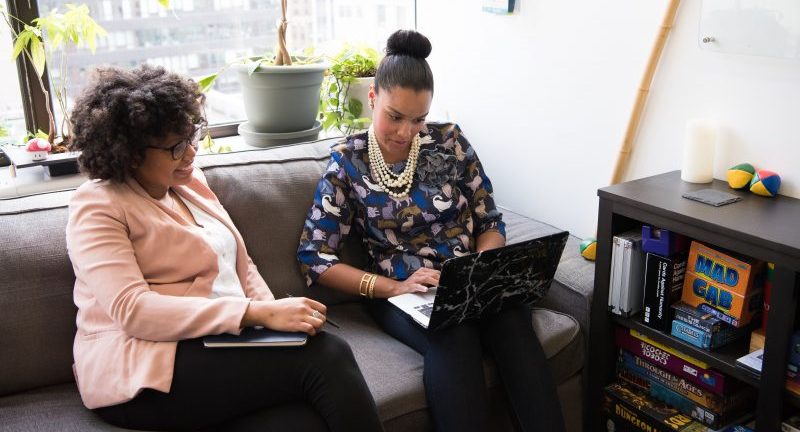 When it comes to contracting, agencies are held to different standards of accountability than private companies – and rightly so, given that they predominantly use taxpayer dollars for their deals. Many states have conducted disparity studies to discover if inequities exist in public procurement and contracting that adversely affect disadvantaged businesses, women’s business enterprises (WBEs) or minority business enterprises (MBEs). Unsurprisingly, they do.

“As a public agency, you’re really limited,” said Amanda Chu, Account Manager at Gordian. “Agencies are held accountable to state procurement laws, whereas private businesses are not. That applies to diversity and inclusion laws as well. They’re just being watched a lot more carefully than private businesses in most circumstances.”

Another challenge is the level of experience agencies have with socially responsible contracting. For some, it’s second nature, while others have less experience working with diverse companies. Similarly, many may lack up-to-date contracting information. For instance, in June 2021, Connecticut’s Department of Administrative Services issued a request for proposals (RFP) to conduct a disparity study for the first time since 1992. North Carolina conducted one in 2020, 25 years after its last study. Nevertheless, many studies result in bills to increase socially responsible contracting.

“We’re in a gray area right now,” Chu said. “People are trying to push things forward [with socially responsible contracting], but they still have to stay within the bounds of the law, obviously, especially state and local agencies.”

WBEs and MBEs also have barriers to entry, including resource constraints, language barriers, union obligations and the intimidation of bureaucracy. Financial hurdles are common, too. For instance, governments may take longer to pay for projects than private businesses do. “If you are a small company without a lot of capital, getting paid quickly can be very important,” Chu said.

Two main challenges – agencies’ prioritizing efforts to operate more equitably and diverse contractors’ experiencing barriers to access and maintain government contracts – have one solution that benefits both parties: the type of contracts agencies use.

“You don’t want to discriminate against someone else by giving someone work,” Chu said. “Agencies have to be really careful about how they write contracts.”

One approach is to use set-asides, which lets agencies set aside a percentage of work for WBEs and MBEs.

Another is Job Order Contracting (JOC), an indefinite-delivery, indefinite-quantity (IDIQ) construction delivery method that allows many projects to be completed through a single competitively awarded contract. This single-bid process enables projects to start faster and creates partnerships between project owners and awarded construction contractors, resulting in higher-quality work.

“JOC can allow small, disadvantaged, minority-owned businesses to bid for a long-term contract that covers numerous small construction and maintenance projects, eliminating the costs and time that it takes to bid each project separately,” Chu said. “This is where those set-aside contracts can come into play. We can say, ‘OK, you’re going to assign five small MBEs to this contract for projects under $100,000,’ and they’re on that contract for a year or three years or five years, and they’ve already competitively bid upfront, so they don’t have to do that again. Once they have a foot in the door, it allows them to build that relationship because it comes down to their quality of work and [the agency] can select them over and over again,” Chu said.

Another option is accessing a Gordian JOC contract called ezIQC® through a cooperative purchasing network or shared contract. This approach helps agencies accelerate time-consuming pre-contract work such as developing the scope of work, producing specs, issuing an RFP and awarding bids – just like agencies would buy office supplies, for instance. In this case, however, one entity completes bidding requirements and others may “piggyback” on the original contract.

This article is an excerpt from GovLoop’s report “A Fresh Approach to Contracting for Social Good.” Download the full report here.