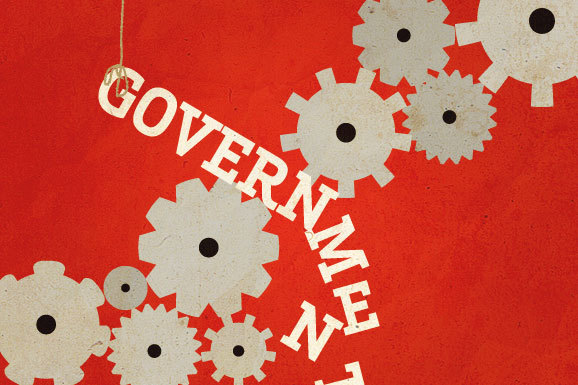 We hosted a special edition of GovLoop’s DorobekINSIDER today. We meet every month with the simple idea, get smart people together and share ideas because we believe that the real power of information comes when it is shared. Listen to the archive here.

Meet the DorobekINSIDER panel of experts:

What exactly is enterprise architecture?

Before we can really talk about why enterprise architecture (EA) matters or how it works, we first need to understand what it is at a fundamental level. Burke defines enterprise architecture: “At a basic level, EA is no more than a serious plan that links the mission of an agency with technology. In other words, you wouldn’t build a building without consulting an architect. The same is true for implementing technology solutions in government.”

Damascheck added, “EA is collaborative planning. In order to be successful and implement a new system, you have to have all the stakeholders involved. EA is a tool for keeping everyone focused and aligned.”

While aligning mission and technology is the current mission of enterprise architects, Wang noted it didn’t start out that way. “We have recently entered a new era. However, 15-20 years ago when we first started talking about EA, we were focused on a war of methodology. We were trying to figure out procures and best practices. Then EA became a cottage industry in the early 2000s, when EA was at its peak. Now we are seeing EA make a comeback, because agencies can see the wide benefits.”

Culture Conversion – How to get rid of, “I Just Don’t Care About Enterprise Architecture.”

If you clicked on this post, you probably have at least an ancillary interest in enterprise architecture, but many people in agencies see EA as a waste of time or worse a cumbersome experience in regulation. So how do you convert those who say, “Enterprise architecture is not something we need?”

“Stop trying to explain what enterprise architecture is. Don’t talk about it. Forget IT. What you need to do, is talk to people about the problems and challenges that keep them up at night. What programs or projects need to be fixed now. As the enterprise architect, it is your job to make the connection as to how to align the technology to the mission, not theirs,” said Burke.

Wang agreed. “You have to put all the focus on the mission and the outcomes. Effectively, it doesn’t matter to anyone but you how you get results. You need to ask the stakeholders, ‘What do you need?’ That’s how you get enterprise architecture to matter at agencies, you have to reframe the conversation.”

Get Moving – An agile approach to enterprise architecture

One of the keys to instituting an enterprise architecture approach in an agency is to start small and find small wins to build support. “The pace of change and uncertainty is so fast these days. Governments are being asked to do things today in days or weeks that were previously done in months or years. There simply isn’t enough time any more to do things the ‘old way.’ So you don’t want to take an entire department, say DOD and ask them to implement a new system agency wide. You want to pick a small project first. Don’t build a city from scratch, pick a small park.”

In order to get the ball rolling on an enterprise architecture strategy is to start with the agency’s strategic plan. “One mistake people often make is spending so much time collecting information ahead of time. Architects gather so much information on the present day, when they are finally done collecting, the information is so old. You need to start with the strategic plan and move forward from there,” said Burk. “If an agency doesn’t have a strategic plan, there are always IG reports or GAO findings that say what things need to change or go in a different direction for an agency to improve. Those are a good place to start.”

Find the motivation for change

Everyone is resistant to change, it’s natural to not want to do things differently. If you want people to make a change you have to give them the proper motivation. In government, the motivation to change comes from the top.

“When I was at HUD, the agency hadn’t completed a clean audit in six years. I had a conversation with the CFO about what information he would need to fix the situation. Through those conversations it became clear that they needed a new financial reporting system. We brought all the stakeholders into a room and asked them what problems they had with the financial system. That is enterprise architecture in a nutshell,” said Burk.

Sometimes what you think is going to be the right lever to push to motivate a team is not the right one. The key is to stick with it. “At HUD we had 17 systems that did reporting. I discovered that at 10 percent the cost, we could consolidate all 17 systems into one. You would think that the managers and top brass would cheer. They did not. Nobody listened to me,” said Burke. But there was another lever to push. HUD historically did not spend about $100 million of it’s IT budget. OMB said they were going to take that $100 million away. “All the sudden, my idea to buy a new consolidated system was a gold mine.  People came and said, ‘Why didn’t you tell us earlier.’ It took everything in my power not to tear my hair out, but in the end, the threat to take away the money was the motivation the agency needed to make the change.”

Often times agencies think that their requirements are so unique that they need an individualized system. Even within agencies the request for unique systems are frequent, but Burk says agencies could save a lot of time and headaches if they copied off each other. “HUD doesn’t need to come up with a solution for financial reporting of a mortgage system on their own. Ten other federal agencies do mortgages. Let’s look at what financial systems they use. Maybe we can use the same one.”

Damashek agreed, “It comes down to basic communication. Agencies need to be able to show progress. They need to show savings. If they can do it by sharing resources that promulgates across the agency and through the government in general.”

* You can also register now for next month’s DorobekINSIDER LIVE: Opening Up About Open Data.

[…] Tuesday’s special edition of GovLoop’s DorobekINSIDER, we discussed the importance of enterprise architecture, how it can make agency run more […]

[…] just coming off this week’s DorobekINSIDER LIVE talking about enterprise architecture, I’m already thinking about our next discussion — focusing on open data. It will take place […]

Creating a Data Culture with the Department of Commerce