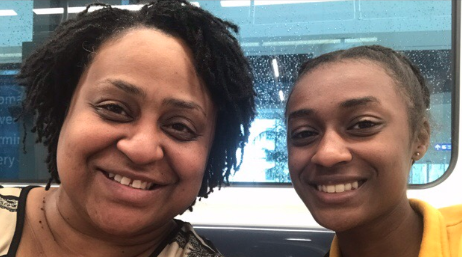 Army veteran Tressa Rivera has felt all of these emotions and more in the wake of a 14-day government shutdown that appears to have no end in sight. As a senior administrator with nearly two decades of federal experience under her belt, shutdowns aren’t new for Rivera. But this one feels different.

“This furlough, I’m starting to feel it,” Rivera said in an interview with GovLoop. “As a vet, I also have PTSD [post-traumatic stress disorder]. My anxiety has gone up. I don’t sleep. I don’t have an appetite. I’m scared of anything that looks like a potential bill outside of what I already have.”

She recently left her job at Fort Stewart, Georgia to take a position as a Human Capital Liaison with the Federal Emergency Management Agency (FEMA) in Washington, D.C. The new position required her to take a pay cut, but it came with the promise of greater upward mobility for Rivera, who has a 17-year-old daughter with her sights set on college. But the move also meant holding off on buying furniture to make her basement apartment feel like home. 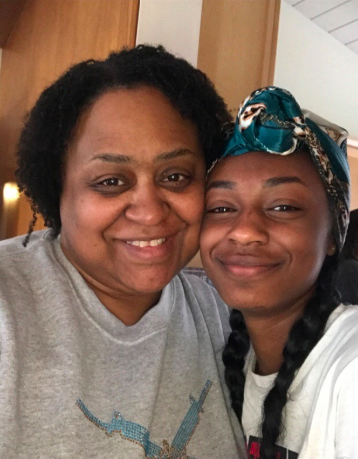 Before landing at FEMA, Rivera had been trying to get back into the emergency management field for the past decade. So when this opportunity at FEMA came up almost five months ago, it appeared to put her one step closer to her ultimate goal: becoming a federal senior executive.

But the constant threat of shutdowns, ongoing continuing resolutions, political rhetoric and uncertainty have “really left a bad taste in my mouth,” Rivera said. “I made my sacrifices just to be told I’m furloughed.”

Her last paycheck was Dec. 28, and she doesn’t know when she’ll get paid again.

Rivera’s story puts a human face on a national issue that has been picked apart, reported and re-reported with stats and all the dramatic footage of politicians facing off over border security.

To quickly recap: The federal government partially shut down Dec. 21, after a standoff ensued between President Donald Trump and Democrats. At issue is whether Congress will fund Trump’s long-promised wall along the U.S.-Mexico border. Trump is seeking $5 billion in funding for the controversial structure, but Democratic leaders have voiced firm opposition to the barrier. Agencies affected by the shutdown include the Homeland Security, Agriculture, Commerce, Justice, Transportation, Housing and Urban Development, Interior, Treasury and State departments.

Roughly 800,000 federal employees are impacted by the shutdown, which includes 380,000 who are furloughed and 420,000 who are working without pay, according to House Democratic Whip Steny H. Hoyer (D-MD).

“I feel like we are the 800,000 that are forgotten, like we’re disposable,” Rivera said. “We have eyes and ears and hearts and hopes and dreams like everyone else.”

“Build the wall, don’t build the wall, just don’t furlough me,” she added. “I feel like I’ve been abandoned by my government, [and] by my president. I can’t blame my agency because we are all at the mercy of Congress.”

“President Trump won the support of a majority of former service members, but his efforts to shrink the size of government significantly affects veterans and non-veterans alike,” said Mika Cross, Federal Workplace Expert and an Army veteran. “Data also shows that veterans don’t stay as long as non-veterans, even if they’ve transferred from another previous federal agency. So the impact of this shutdown on veterans and veterans with disabilities can be incredibly significant.”

Rivera: ‘I care about whether or not I can get my insulin’

As Rivera grapples with the shutdown and its financial implications, she’s also managing unexpected emergencies and lingering family issues. Her car recently broke down and she has a sick mother in California, whom she can’t visit because she can’t afford the plane ticket right now.

She’s read the online commentary from Americans who balk at the current situation and say that feds will eventually get paid. But what they don’t factor in are the fees, late payments, mortgages and bills that don’t stop just because affected federal employees are not getting a paycheck, Rivera said.

It’s frustrating for feds like Rivera who are willing and able to work. She has a laptop and can work from anywhere, but federal law prohibits her from working during a shutdown. The Antideficiency Act generally restricts agencies from continuing operations funded by annual appropriations during a government shutdown.

As a human resources professional, it pains Rivera to leave unanswered messages in her inbox from potential job candidates. Offer letters have yet to be sent, too, and that worries her.

The average time to hire a federal employee in fiscal 2017 was just under 106 days. If those offers fall through because candidates turn down the job or have accepted positions elsewhere, the hiring process starts all over. “That is what is so disheartening,” Rivera said.

Even prior to the shutdown, working under a series of continuing resolutions, where funding remains flat, was stressful. “You are working under limited funds,” she said. “You have to work under confines of money that will run out on a certain date.”

When asked whether she plans to stay in the federal government, Rivera said she is refocusing her efforts on opportunities that allow her to tap into her creativity and work virtually.

This current shutdown has certainly taken its toll and has forced Rivera to look at all her career options, including those outside of government. “I’ve given so much of my life in some capacity to this country, and when I needed them to reciprocate, they didn’t.”