It wasn’t all that long ago that you might have scoffed at the idea that government could build innovative and modern apps, websites, and platforms. Advances in civic technology were bogged down by bureaucracy and bulk.

Well times, they have a’changed.

Things are looking so bright in civic tech that Code for America has decided to draw attention to exemplary achievements in government technology. These inaugural Technology Awards, presented at the recent 2015 Code for America Summit, recognize “the most influential and effective products and services powering 21st century governments.”

While the 13 winners include individuals and private sector companies, several governments and agencies also won. There’s something to be learned from each of these government winners. Let’s take a look and how they’re using technology to deliver better services to the American people.

To get around town, residents of Bloomington, Indiana need information on of current and future street closures, event permits, parking restrictions, and similar information. The City had this information, but it was stuck in a database. What was missing was a way for the City to efficiently share the information so residents could get what they need.

The City of Bloomington built inRoads to put needed information in the hands of people. inRoads displays information in a easy-to-use, accessible website that works on computer browsers, tablets, and smartphones. When building inRoads, the City of Bloomington designed it so the data would automatically share with other services that residents might use, such as Google Maps, Waze, and TrafficCast. 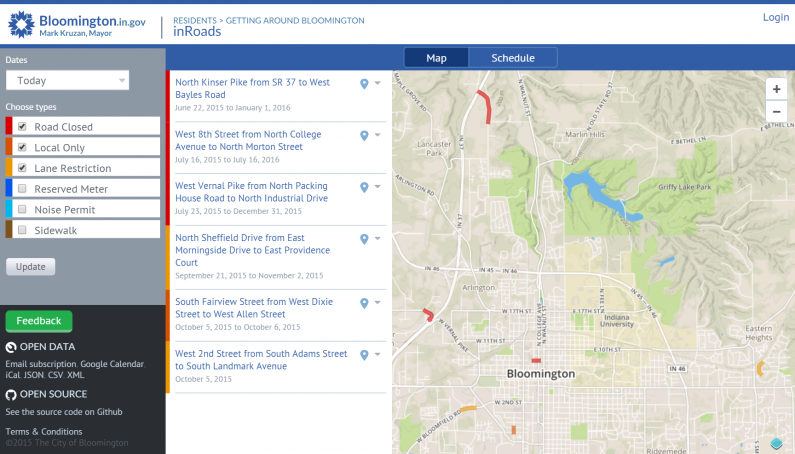 Government comes up with remarkable solutions when it creates those solutions by working with the people it serves.

One of the ways Code for America helps government work better is by organizing local volunteer groups that build new tools to help with local civic issues. These Code for America Brigades are teams of local residents with a passion for supporting their city through technology solutions.

The City of Charlotte, North Carolina partnered with the volunteer members of the local Code for Charlotte Brigade to build and manage Citygram. Through the service, people can subscribe to receive email or text notifications about local topics they care about. In Charlotte, people can get information about historic district reviews, land development, accidents and obstructions, and rezonings. Citygram works so well, it’s already expanded to other cities like Seattle and Lexington, Kentucky. 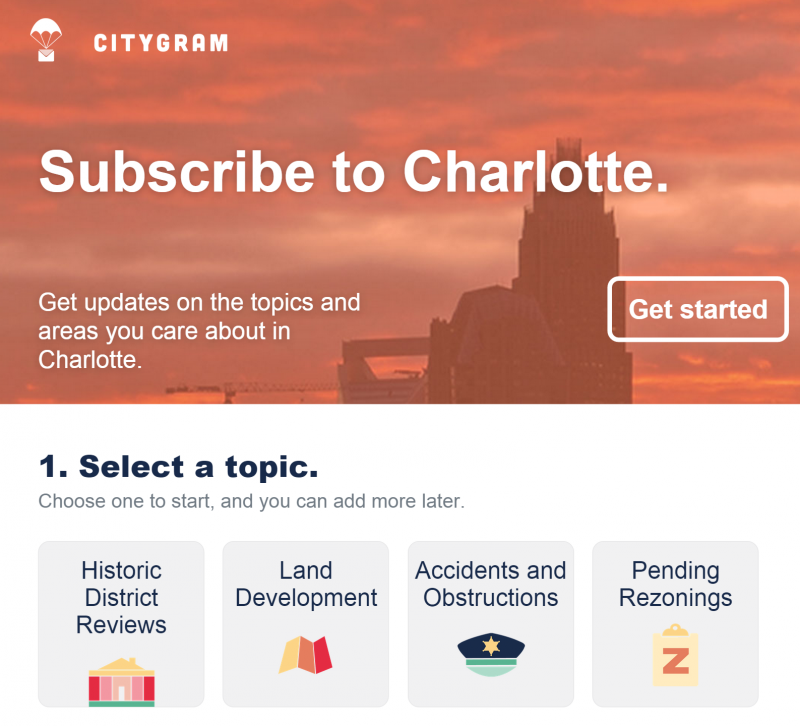 When government creates technology tools that goes beyond a single use, it can create lasting solutions that can help even more people than first envisioned.

When the Consumer Financial Protection Bureau (CFPB) needed to deal with a massive set of data collected by the Home Mortgage Disclosure Act, it could have build a tool that did that one job and nothing else. Instead, it did so much more.

The 5-years-young federal agency built Qu, which “lets the public dissect the 113 million mortgage applications that Americans filed between 2007 and 2012.” More than that, Qu was also built to be an open source data platform that others can use to query, combine, and summarize other complex datasets. In doing so, the CFPB took a tool built by government for a government purpose and transformed it into a product that can be reused, repurposed, and reimagined by everyone. 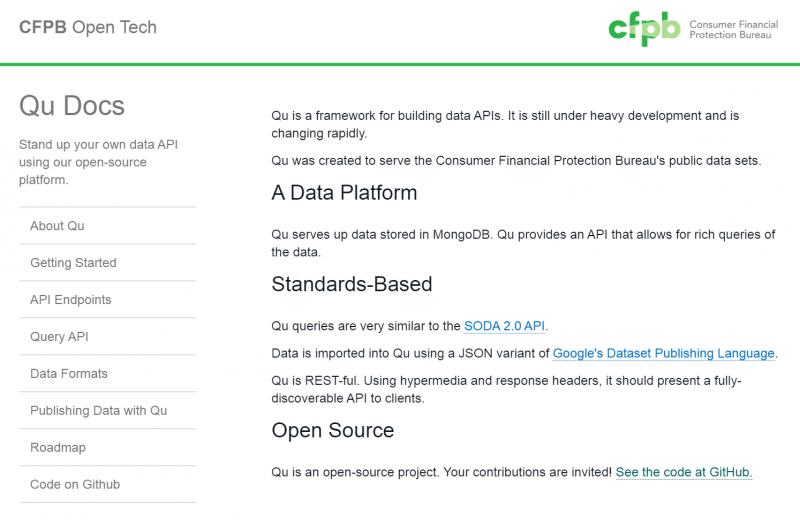 Building new technology quickly means government can bring solutions to the service of people even faster.

Ask most government technologists if a project can go from idea to prototype in 90 days, and you’ll get laughed out of the room. When the City of Asheville, North Carolina wanted to make data easy to find, its small team built SimpliCity in record time. SimpliCity is a self-service portal that aggregates data from several government agencies and then simplifies the way residents get information they need from city government.

Focused on delighting customers through extreme usability, SimpliCity gives residents easy access to a broad range of city information through a single search feature that accepts queries in everyday language. Since its beta launch, the team has continued to refine and improve the service, reaching out to real users for their feedback. 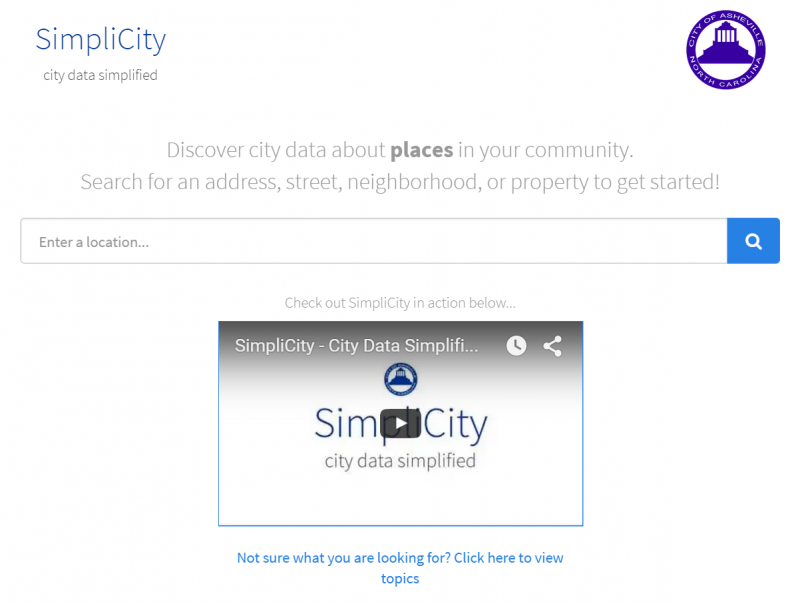 Has your agency launched a civic technology product or service that deserves attention? Share it in the comments.

Skills to Pay the Bills