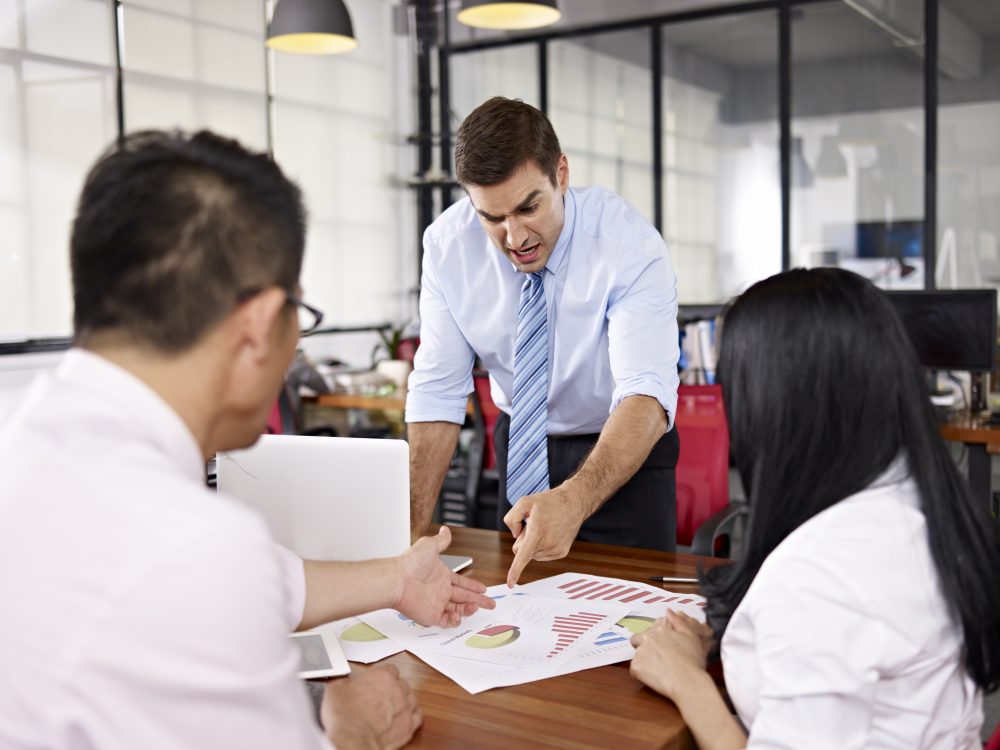 While we all have good days and bad days, some people seem to be more difficult on a regular basis than others.

Sometimes this seems to just be who they are from a personality point of view. They have a rather negative mindset. They’re grumpy. They don’t smile much and just have a dark cloud that follows them around. Then there are others, who recently seem more touchy and easily offended than they usually are. Their moodiness can be confusing to others and offensive as well.

As a psychologist, I tend to notice how many people attribute others’ behavior and reactions (or even general life events) to their own actions. That is, we, in general, tend to attribute our actions as the cause for other events or reactions happening. Often this is not the case.

In fact, there is fairly good research showing that people tend to over attribute their influence on the world around them and even their own lives. By the way, this is the basis of superstitions – developing a habit of wearing the same shirt, jeans and sitting in the same place that you did when your team won a big game, hoping it will bring luck, and they’ll win again.

While I’m usually an advocate for individuals taking a look at their own behavior and accepting responsibility for their actions, in this case, I actually believe it’s best to put ourselves and our actions at the back of the line with regards to the potential reasons why our co-workers may seem prickly and easily offended.

Here are some alternative reasons to explore why your colleague may seem rather testy and annoyed.

Often people become surlier when they don’t feel well physically. This can come from lack of sleep, a medical issue they’re dealing with or chronic pain. It may be that they have started to struggle with migraines, lower back pain or some other issue. Many employees don’t talk about how they feel physically; and so, those of us around them don’t really know that they don’t feel well.

When we are dealing with stressful issues in our life, the emotional resources demanded to deal with these issues is significant, and we get worn out. Again, many people won’t share their personal issues; especially, if they are not asked about them. So there may be something going on in the background of your colleague’s life that you don’t know about.

This could include relationship difficulties, struggles with their children or adolescents, financial pressures or extended family issues. When we feel pressed in our personal life, many of us become more annoyed at work in response to what would otherwise be a normal demand.

Irritability, a mild form of being angry or upset, can be a cover for other underlying thoughts and emotions. In our culture, many people have been taught – either directly or indirectly — that it’s not appropriate to express negative feelings. Therefore, they try to keep those feelings inside. Two of these common feelings is anxiety and fear. Our culture has shaped most of us to believe that it’s not acceptable to be anxious or fearful. Therefore, we tend to suppress our feelings, and the anxiety is expressed through being prickly and grouchy in response to other people.

Sometimes people become crabby when they’re frustrated either with their life, their job or some specific issue going on at work. Frustrated is an interesting word because it is used in two different ways in our culture.

In many settings, when someone is frustrated, it is a nice way of saying they are a little bit angry. The other meaning of frustrated is to feel blocked – like you can’t reach the goal you are trying to achieve. Frustration can lead us to negatively react to any situation, regardless of whether it’s directly related to the issue about which we are frustrated. That is, we react in a quick-tempered manner to a situation that’s not directly related to what we are frustrated about.

When employees don’t feel valued, either by their supervisor, management or their colleagues, a common response is for them to become increasingly irritable, moody and easily offended. One type of frustration is when we believe our colleagues should value what we do and contribute, but we don’t seem to hear much positive feedback.

For example, people who value verbal praise are also quite sensitive to any critique or criticism. And those who value quality time are easily offended when they feel left out.

How should you respond?

While it is helpful to know possible reasons for the surliness of your colleagues, the question remains: What should I do?

A helpful response may be: I’ve noticed that you seem somewhat more easily annoyed recently. Are you okay? Is there anything going on that would be helpful for me to know about?

Conversely, it is not helpful to be accusatory or speak in a factual tone of voice, saying something like: You have been incredibly grouchy lately. What’s up with that?

Instead, frame your response in the sense of “It seems…” or “I’ve noticed…,” which makes your comment a bit softer. Then ask a question that communicates your concern for them, such as “Are you okay?”

Be forewarned, you may or may not get a positive response – especially immediately. Try not to react in a defensive or antagonistic way. In fact, what often happens is a colleague will come back to you later and explain what’s going on after they have thought about your inquiry and concern for them.

My attempts to address items 4 and 5 with my supervisor did not go well. I ended up clinically depressed for over a year.
If you see these behaviors in a coworker, PLEASE be compassionate. You could literally save their life.

Anne, thanks for sharing — sorry to hear about the challenging time you went through.
Great advice — a little compassion (and grace with one another) can go a long way!
Dr. Paul

I agree with Anne’s last thought; sincerity and compassion go a long way in all aspects of life and work; it can make someone’s day. Thanks for timely article!

When I had a significant death in my family, I kept quiet. I didn’t want anyone asking spontaneous questions as I didn’t want to break down in tears at work. I certainly wasn’t the good humored, solution suggesting person I normally was. As I came through on the other side of those dark days, I admit I felt as if my work family hadn’t even noticed. I certainly wasn’t bragging on it, but at least one of them could have asked me if everything was okay. Felt like my work family was not really a work family at all.

JJ, sorry to hear about this negative, and painful, experience for you. Difficult personal circumstances make many people in the workplace and they don’t know how to respond — so they do nothing (which, as you describe, usually isn’t helpful.) Dr. Paul

In addition to put the communication within a helpful perspective, it’s also essential to take into consideration the cultural background. Certain cultures promotes stoicism or other like the individualism witch makes it harder to support and/or help our co-workers.

Very good topic. I think it’s getting harder to read people in the workplace these days. The more kidding around can lead to misinterpreted comments later.