I just left a meeting and the entire time I wished a meteor would strike the room we were in. How often has that feeling or something similar occurred to you? It seems to be fairly common in my 30 years as a government employee to have felt that way. I think there are meetings that are needed, meetings that are necessary to advance work… but shouldn’t we all initiate a War on Marathon Meetings? It should be similar to the War on Drugs and the War on Terror, except effective and not without end. As a matter of fact, those afore mentioned Wars are like meetings. On the surface they make great sense, but in the end they are only a drain on resources and time.

“If you had to identify, in one word, the reason why the human race has not achieved, and never will achieve, its full potential, that word would be ‘meetings.” ― Dave Barry

I won’t even mention the misuse of PowerPoint in meetings. That will be for a later tirade. What I think we need to do is establish rules for meetings. I have spent years dealing with managers being late for meetings because of meetings, causing those meetings to be late and so on and so forth. The illusion of importance is telegraphed by these situations. These folks are then thought of as ‘muy importante’ because they are always seen by their employees as quickly shuffling from one place to another, so the thought is that they must be tremendous leaders. Decades of working in the government make me think they only have loose bowels and are looking for the lavatory. 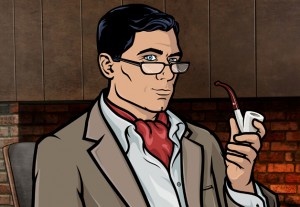 So here is my very flexible philosophy for creating a more enjoyable work environment.
1. Take the time and create an agenda. Make sure invitees get it in a reasonable amount of time. It should contain enough information for folks to know if they need to be there, what to prepare, and why there is a meeting.
2. Know your audience. This will come from development of the agenda. Whether you are briefing folks, brainstorming or deciding something, invite those who would be interested and necessary to be successful.
3. No meeting, repeat after me, no meeting will last longer than an hour. Actually let’s make it 20 minutes. No longer than a TED Talk. Currently, in my office if the person leading the meeting exceeds one hour they must buy donuts for everyone the next day. I’d love to say it’s a good idea, but now we have an obesity epidemic in the office.
4. Stick to your agenda. Start the meeting on time and even if the boss shows up late start the meeting. Unless the meeting is for the boss, then just cancel the meeting.
5. Golden Rule: Have no boring meetings! Run the meeting before hand through your head and ask yourself if you would be bored, if so, adjust the content. Obviously there are boring and or technical subjects you may need a meeting for, so it’s up to you to figure out how to keep everyone involved and engaged. This may take you to running the content through a fellow worker. The crabbier the fellow worker the better.
6. Everyone participates. Now that you have an agenda and the correct people in the room, don’t let the wall flowers get away with acting like they are watching YouTube. If you have an agenda where you needed intellect, decisions, or ideas your job is to ask nicely about what’s in their heads. Yet that doesn’t mean everyone has to talk, they just need to acknowledge their role.
7. Take notes. Either the person holding the meeting or someone specifically assigned the task, take down what is said, decided and or tabled for a later time. This is why you are there and if you do it right it may prevent too many more meetings.
7 ½ Stick to the agenda. Follow it as if it’s the law of the land. If you have done the When, Where, Who, Why and What Next, you’ll be successful.

“If I stop drinking all at once, I’m afraid the cumulative hangover will kill me.” – Sterling Archer

Understandably you will not change your environment all at once, but if you slowly start applying these concepts, critique your office mate’s meetings nicely, delicately make suggestions to your bosses, you may find yourself drinking less and wishing not as much for catastrophe to strike. Now go schedule a meeting.

Love the humor and totally agree!!

So many good ideas. We’ll probably have to hold a meeting on this topic…

Very witty take on an otherwise mundane subject. Thanks, Michael! My personal favorites are the meetings to prep for future meetings. Sigh.