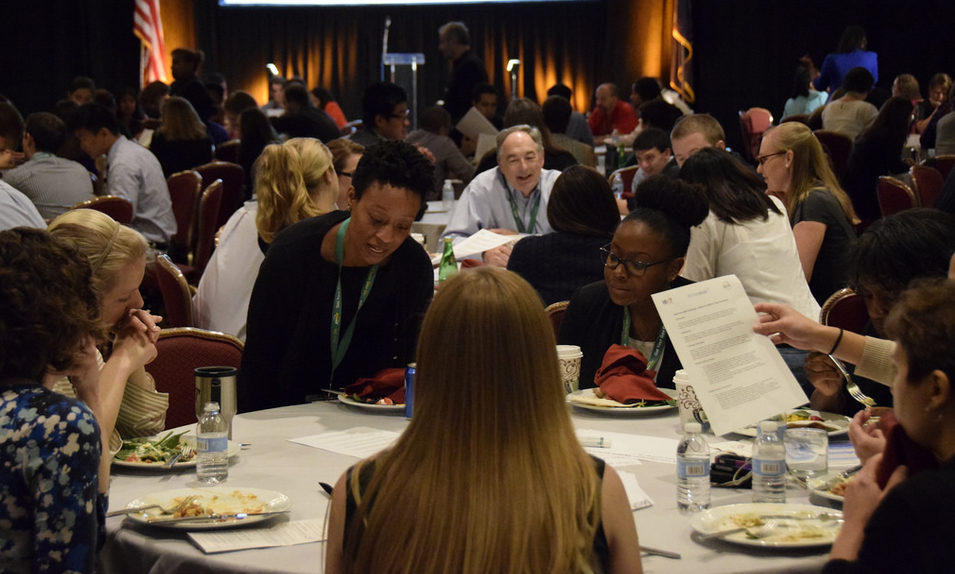 There are so many worthwhile education, learning, and networking events for government employees in 2015. How do you choose? This list of the best government conferences will help you pick the ones that provide the richest professional development opportunities.

Since GovLoop’s last roundup of government conferences in 2013, there’s been quite a bit of turnover in events and conferences in the government space. GOSCON, the Goverment Open Source Conference, is on hiatus. In this time of doing more with less, we’ve also seen the cancellation of the GSA Expo for two years in a row, as well as the indefinite suspension of the FedForum, although the GSA Expo rumored to be returning sometime in 2015.

To make up for those and other missing events, below you’ll find shiny new events you might want to check out as well as established events that might be new to you. There are also plenty of the essential conferences that those working in government can’t do without.

As a bonus for the social media savvy, the listings include event hashtags, when available, for those who can’t attend but still want to participate in the virtual conversations.

California Public Sector CIO Academy 2015
February 24–25, 2015 | Sheraton Grand Sacramento, Sacramento, CA | #cacioacad
If you can score a spot at this invitation-only event, you’ll meet C-level professionals addressing the most important policy, management and leadership issues surrounding the future of digital government and the role of the public sector CIO in the State of California. Developed by and for government by Government Technology, which hosts other events around the country for those who can’t make it to California.

Transforming Local Government Conference
April 13–15, 2015 | Sheraton Phoenix Downtown Hotel, Phoenix, AZ | #TLG2015
Called “the premiere thinking conference for local government,” this event is hosted by the Alliance for Innovation and Arizona State University’s School of Public Affairs, which has one of the top urban management programs in the United States. The conference attracts participation from local governments that are seeking new and innovative ways to connect people, information, and ideas that support their efforts to be the best communities in which to live, work, and prosper.

Excellence in Government
May 14, 2015 | Grand Hyatt Washington, Washington, D.C. | #EIG2015
Hosted by GovExec, this event provides government leaders with the tools and techniques to build the government of tomorrow.

International Open Data Conference (IODC)
May 28–29, 2015 | Ottawa, Canada | #IODC15
The annual event is all about enabling the data revolution. Each year, experts and advocates from around the world gather to take stock of the rapid evolution of the global open data community and help chart its future.

Next Generation of Government Training Summit (NextGen)
July 20–21, 2015 | Renaissance, DC Downtown Hotel, Washington, DC
Hosted by GovLoop and Young Government Leaders, the NextGen summit educates, inspires, and promotes innovation and positive growth for Generation X and Y leaders in government. More than 600 youth leaders are empowered to use their inspiring passion and energy to improve government. (Disclaimer: Just in case this isn’t obvious, I blog for GovLoop.)

Esri User Conference
July 20–24, 2015 | San Diego Convention Center, San Diego, CA | #EsriUC
The Esri User Conference has long been a favorite at GovLoop. It’s a conference designed for users of the Esri platform and for those who want to learn more about geographic information systems (GIS), data visualization, and other geospatial applications.

Salesforce’s Dreamforce
September 15–18, 2015 | San Francisco, CA | #DF15
A massive conference for users of Salesforce’s CRM platform and tools, with over 150,000 in-person attendees. In addition to the general sessions relevant to any Salesforce user, the conference also has several sessions designed specifically for government and public sector organizations. Check out 2014’s public sector sessions.

International Public Management Association for Human Resources Conference
September 26–30, 2015 | The Denver Marriott City Center, Denver, CO
Suited for all levels of human resources professionals, from executive management to HR specialists. The event is open to members and non-members of IPMA-HR.

ICMA Annual Conference
September 27-30, 2015 | Seattle, WA | #ICMA15
The ICMA can rightfully boast that this conference has been going strong for 101 years. It is the largest annual event in the world for local government managers and staff.

ACT-IAC Executive Leadership Conference
TBA | Williamsburg Lodge, Colonial Williamsburg, VA
This annual event is considered the premiere collaborative and learning event in the government IT community. You must be a ACT-IAC member in order to attend. The ACT-IAC hosts three other events during the year, including a Management of Change conference in May, a Small Business Conference in April, and the Acquisition Excellence event in March, in partnership with the GSA.

National Association of Schools of Public Affairs and Administration Annual Conference
October 14-16, 2015 | Brooklyn, NY
This is the must-attend event for MPA/MPP college advisors. Great resources and tips on graduate degree accreditation as well as sessions on getting students into government.

National Association of State Chief Information Officers Symposium
October 11-14, 2015 | Grand America, Salt Lake City, UT | #NASCIO15
NASCIO is the go-to place for state IT leaders. They host both a mid-year event in April and a larger annual conference in October

The dates for these annual events have not been announced:

You’re out in the world discovering fantastic events for government workers all the time. What events and conferences do you attend that should be included on this list? Add your suggestions in a comment at the end of this post.

Some good picks, Lauren! We’ve heard great feedback on and anticipation for many of these. Here’s a few that we’ve pinpointed for the next 3 months https://www.govevents.com/blog/2015/01/22/a-look-ahead-at-2015-events/

With the Obama Administration’s focus on cybersecurity as a priority, that sounds like a timely conference. Thanks for sharing, Gretchen.

Ooh, Nashville! A great city for a conference.

Please add the Virtual Human Resources Training Conference. Hosted by the Office of Personnel Management and the Chief Human Capital Officers Council for the Federal HR/HC community on April 15-16, 2015. More info at http://www.opm.gov/VirtualConf

Thanks for sharing this conference, Maureen. When GovLoop does this list again for 2016, we’ll look back at all these comments to find even more government conferences to include on the list.

The 2015 Code for America is scheduled: September 30 – October 2 in Oakland, CA. Details and tickets at http://www.codeforamerica.org/summit/

Love these – wish I could go to everyone one of them! SXSW has a bunch of interesting sessions, many of which are public sector focused. I’ve never been, but would be another one I’d like to check out and see how the sessions are, even though not typically a public sector oriented conference.

FYI, in case you missed it, the EEOC is currently seeking presenters for the upcoming 18th annual EXCEL 2015 Training Conference in Washington, DC, this summer. Specific dates are forthcoming. Learn more here https://www.govloop.com/community/blog/eeoc-seeks-presenters-2015-excel-training-conference/

The Annual Training Conference put on by our association (the National Public Employer Labor Relations Association/NPELRA) for public sector labor relations professionals is fabulous. This year it will take place in Memphis, TN April 17-21. We have many other resources and training opportunities for labor relations and human resources professionals as well. Please let me know if you have any questions as I would be happy to give you more information. Check out http://www.npelra.org

Hi – such a helpful list! What would be a recommended conference for HR who is a private employer with government contracts? Thank you in advance.