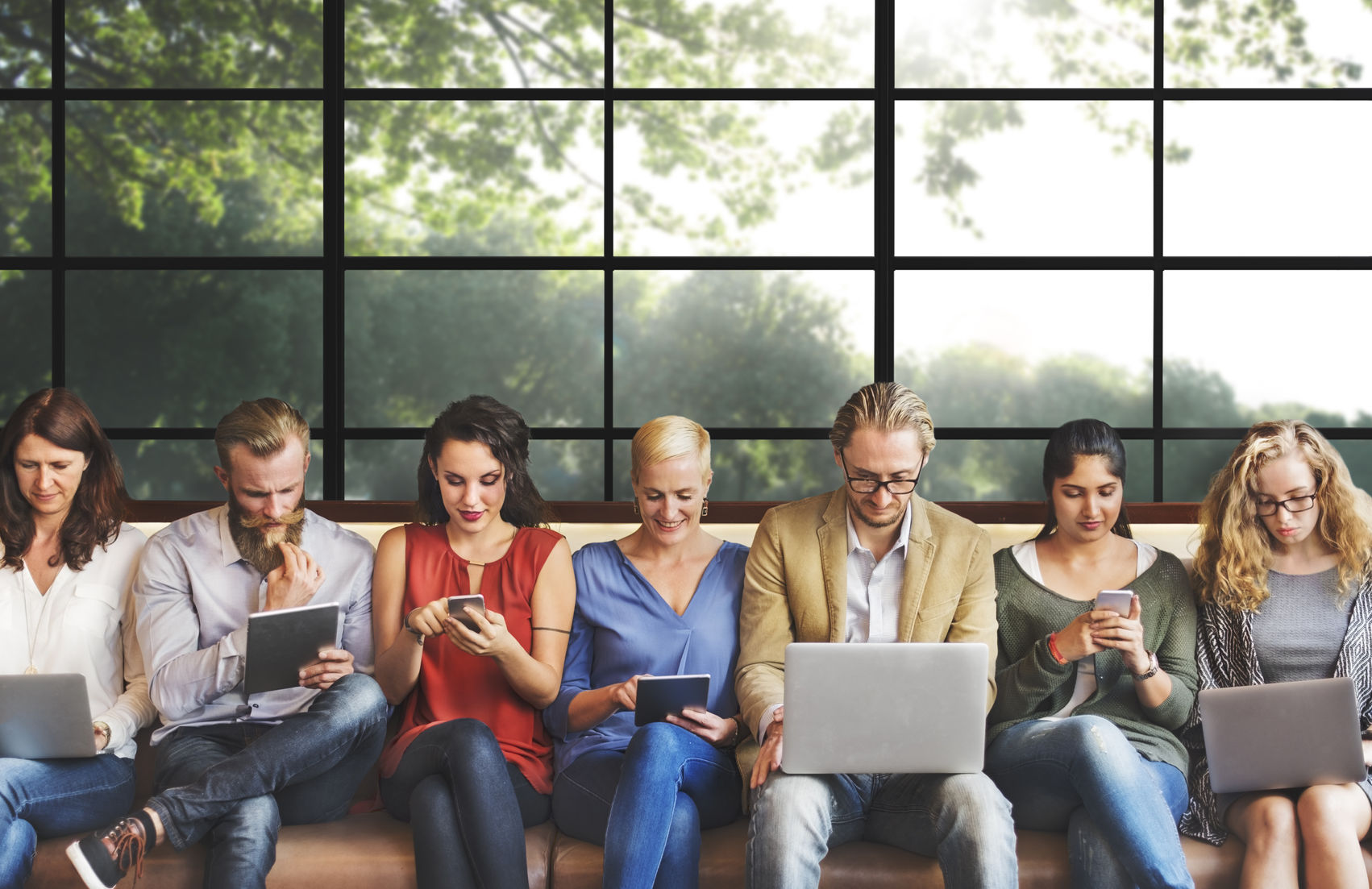 Come Friday January 20th 2017, the reins of our beloved America will be handed to a new administration. Whether you are happy or sad about the incoming administration, one thing is for sure: diversity initiatives are more important now than ever. Why? Because we need to make sure that we continue to foster work environments where we value the perspectives and ideas from people that are different from each other. We also need to ensure that the progress made by the council created in a 2011 executive order to bring more people from a wider array of backgrounds into the federal workforce does not go to waste.

Here are 3 things that your organization can do to ensure it continues to value and defend diversity initiatives in the federal government:

Keeping Diversity alive in our organizations should remain a top priority for the coming years as well as defending what was accomplished by the outgoing administration. An article published on November 28 2016 by the Government Executive, pointed out the successful implementation of blind applications in hiring by the Agriculture Department, which resulted in a 50 percent increase of women in Senior Executive Service positions. In addition, agencies exceeded the administration’s goal of hiring more than 100,000 disabled individuals in government over five years, among other significant achievements.

We need to strive to create work environments, and ultimately an America where the only colors that matter are red, white and blue.

How Would A Trump Presidency Affect Indian Country

Indian Gaming
Mr. Trump has a long history of not recognizing the rights of federally recognized Tribes to build casinos and other gaming facilities. He has alleged that Indian gaming would lead to more organized crime and once compared this sovereign right of Tribal Nations with the antics of the notorious gangster Al Capone.

He has testified in Congress against the gaming compact negotiated between the state of Connecticut and the Mashantucket Pequot Tribe. He told a House Subcommittee, “They (the Pequots) don’t look like Indians to me.”

Mascots
Unlike outgoing President Obama, Mr. Trump supports the offensive name and logo of the Washington, DC football team saying, “I know Indians that are extremely proud of that name.”

Look for educational institutions at the secondary and post-secondary level to take this jaw boning as a green light to continue the use of American Indian symbols and images as team mascots and sports logos.

Education
Some observers think that the Department of Education is on the chopping block during a Trump administration as they try to turn education over to the states.

If that happens, Indian educators worry about the funding associated with the Indian Education Program mandated by Title VII of the Civil Rights Act? This law supports efforts of school districts across the country to meet the culturally related academic needs of American Indian students. Will the funding be eliminated and if not, would state educators reallocate these funds to non-Indian students.

Energy
Drill baby drill appears to be the rallying call of the Trump energy policy. This is bad news for Tribes who have opposed the Keystone XL and Dakota Access Pipelines. These proposals have drawn opposition from indigenous nations across the continent of North America. If fully permitted and built, these projects have the potential to pollute some of most pristine drinking water aquifers in Indian country.

Squeezing Tribes on recognition has some Indian advocates terrified about a Trump administration that returns the USA back to a period of Indian termination. A policy from 1945-1960, it was a series of laws that assimilated American Indians into society and tried to end their sovereign government to government relationships with the feds.

The future has never been bright for American Indians regardless of the political party that occupied the White House. As we welcome a new family into the Oval Office, I hope the Trump team realizes it was American Indians who welcomed Mr. Trump’s ancestors to our shores. We hope he returns the favor.

In 2011 when I started doing diversity and inclusion training at my agency, I noticed a common refrain from some of the participants predominately white men. Their complaints were many:

In that same year, my agency’s Federal Employee Viewpoint Survey results showed the same trend. White male employees complained about women and people of color employees getting positions and promotions based on gender or race. They said they were uncomfortable being supervised by subordinate groups who had less experience than they had.

I warned my supervisors of this undercurrent of exclusion forming at my agency. While we did not have to agree with these angry white men, we should have been communicating with them in a way where they felt a bigger part of the diversity and inclusion conversation. I recommended inviting these disenfranchised employees to a breakfast or lunch club where we could sit around a table to see if there was anything the diversity and inclusion community could to do or say to calm their fears. I was ignored.

Unfortunately, Donald Trump did not overlook angry white men and road their coat tails to become our 45th President. He capitalized on such hot button issues as immigration, vetting of refugees, unfair trade agreements, political correctness, diversity and inclusion fatigue, and homeland security to convince white men that the USA was not great any more.

In January 2013, Greatheart Leader Labs an organization that specializes in the development of inclusive leaders released a report entitled “The Study of White Men: Leading Through Diversity and Inclusion.”

They identified the following challenges for white men when it comes to leading diversity and inclusion:

I see another ill wind blowing on the horizon. When the USA becomes a majority minority nation and one of our political parties capitalizes on that diversity, what will that back lash look like for white men?

A purple lash where everyone can meet their full potential including red and blue-then and only then will the USA become great again.

The Era of White Anxiety

I grew up in Robeson County, NC. It was the state’s largest county almost three-fourths the size of Rhode Island. It was 90% forest and farm land with a sub-tropical climate. Unemployment was a way of life with an economy that revolved around cash crop production and industrial goods that provided mostly low-pay, no-say employment. There were 5 school systems, four phone districts and no public transportation. Punishment under the law was dependent on one’s racial, economic and social status. Violence was a common response to a Third World Culture of powerlessness with a population of 25% Black, 35% American Indian and 40% White.

I have been thinking about my roots lately after this history making presidential election. Although Robeson County is dominated by Democratic registered voters, 60% of my home boys and girls voted for Donald Trump. After talking with them after the election, one universal theme surfaced as to why they supported Mr. Trump-anxiety. Anxiety about our country’s changing demographics, the legalization of same-sex marriage, the election and reelection of Barack Obama, the digital divide, undocumented workers, gun control, multilingualism, political correctness, loss of religious liberty and feminism.

Their concerns revolved around 2 issues: (1) Failure to embrace change and (2) Rejection of diversity.

As a federal government diversity and inclusion practitioner, I was surprised at the number of people that I was raised, educated, enculturated with to have such a 20th Century view of the world. I have been racking my brain for the last 2 weeks about what this latest political movement may mean for the development of a more diverse and inclusive planet. And more importantly, how did a diverse community like Robeson County, NC seemingly reject this up and coming new world order. Are happy days here to stay or should we turn out the lights because the party is over.

Dr. Jennifer Richeson, professor of psychology at Northwestern University and a 2006 MacArthur “genius grant” recipient has some bad news for diversity and inclusion change agents like myself. As co-author of two studies on the effects of changing racial demographic shifts on racial attitudes and political ideology, she claims that folks in my profession should expect the increased erosion of progressive, race-related social policy in the near future.

She maintains that white Americans, including those with progressive, moderate, and conservative leanings, express more racial bias when confronted with news of a majority-minority future and as a result, shift to the right on diversity and inclusion policies. She points out that as racial minorities increase in status they increase white anxiety as white people see their influence wane.

As we approach 2042 when the USA is projected to become a majority-minority nation, will this anxiety we all feel toward each other be business as usual or the elusive formula that finally makes our nation great again.

Thank you for your obseravtions!

This is a great post and a really important topic. Differences make us stronger! We all have different backgrounds, personalities, skill sets, and ways of interacting with the world. Diverse communities foster innovation and problem solving more effectively than homogenous communities. Thank you for the post, Michelle!

Thank you so much for your comment Rachel! You are 100% correct!

I absolutely agree! And, this applies at all levels of government. While leadership may not be changing at the municipal level due to the changes coming tomorrow, either maintaining or expanding diversity should be openly discussed. The more diverse we are, the better able we are to serve our constituency.