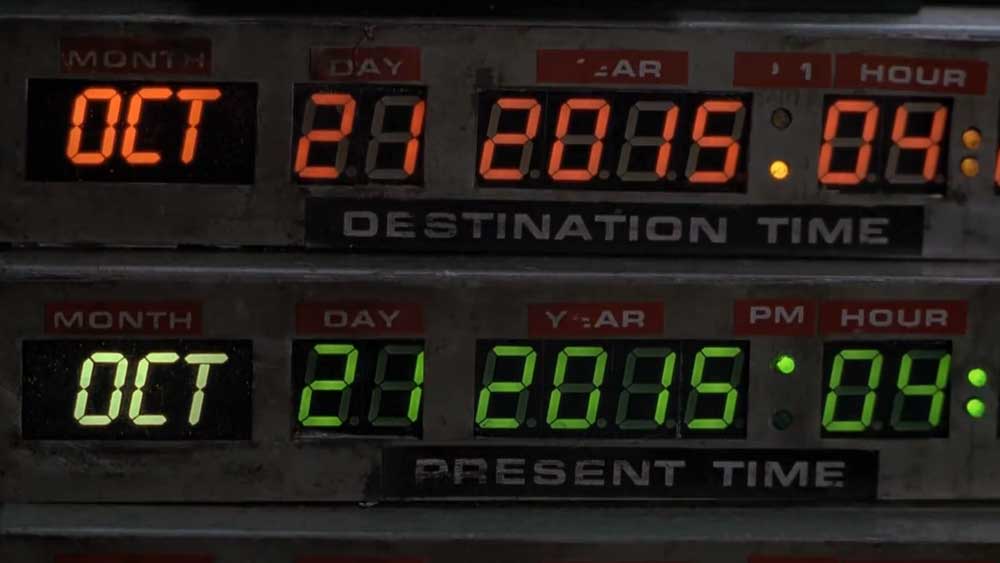 Amid fantasies of hoverboards and self-lacing sneakers, Back to the Future II gives us a glimpse of what people in the 1980s thought government could achieve by 2015. As it turns out, many of those predictions were surprisingly prophetic.

Plenty of the movie’s predictions are still impossible dreams—today’s skies are frustratingly empty of flying cars despite the FAA’s flexibility about personal aircraft regulations.

Yet, the movie’s view of the future can still show us how far we’ve come. As Doc Brown explains to Marty about why he travels through time:

“The intent is to gain a clear perception of humanity. Where we’ve been, where we’re going. The pitfalls and the possibilities, the perils and the promise. Perhaps even an answer to that universal question: Why?”

Here are the most prescient predictions about government in 2015 from Back to the Future II. Whether they’re examples of pitfalls or possibility is up to you. 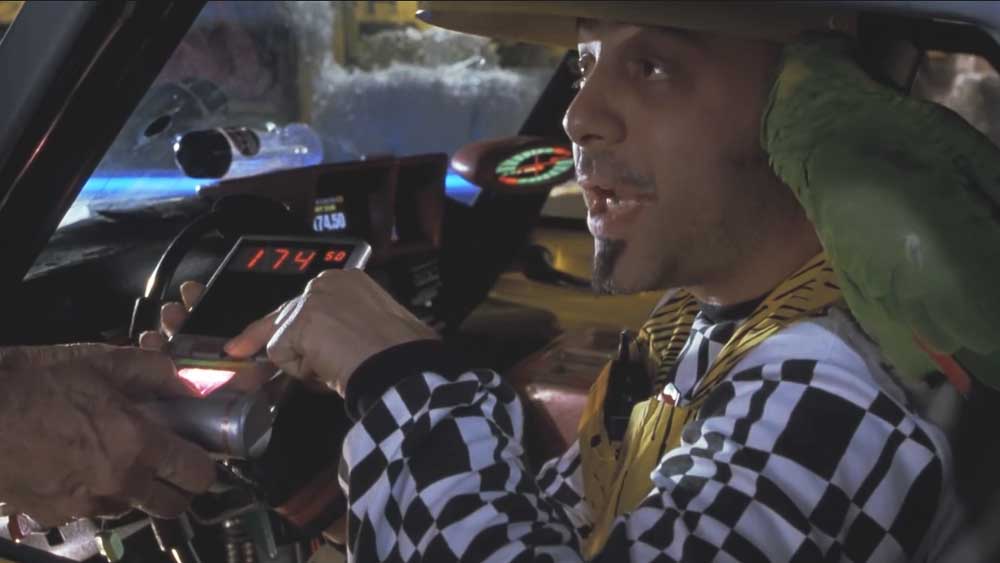 In the scenes from 2015, characters use thumbprint scans to confirm their identification, unlock doors, and pay for purchases—including an absurdly expensive $50 Pepsi and an agonizingly plausible $174 cab ride.

A popular idea in many futuristic movies when Back to the Future II came out, computer-enabled biometric identification is now reality, and government agencies have spearheaded many innovations in the field. While biometrics are not yet part of everyday life, the technology has gained traction in government as a valuable security tool.

Biometrics.gov describes the advances that government agencies have made in biometric technology and its current applications. This includes using face recognition and thumbprint scans to protect our international borders, as well as state-of-the-art biometric identity management to combat crime and terrorism. 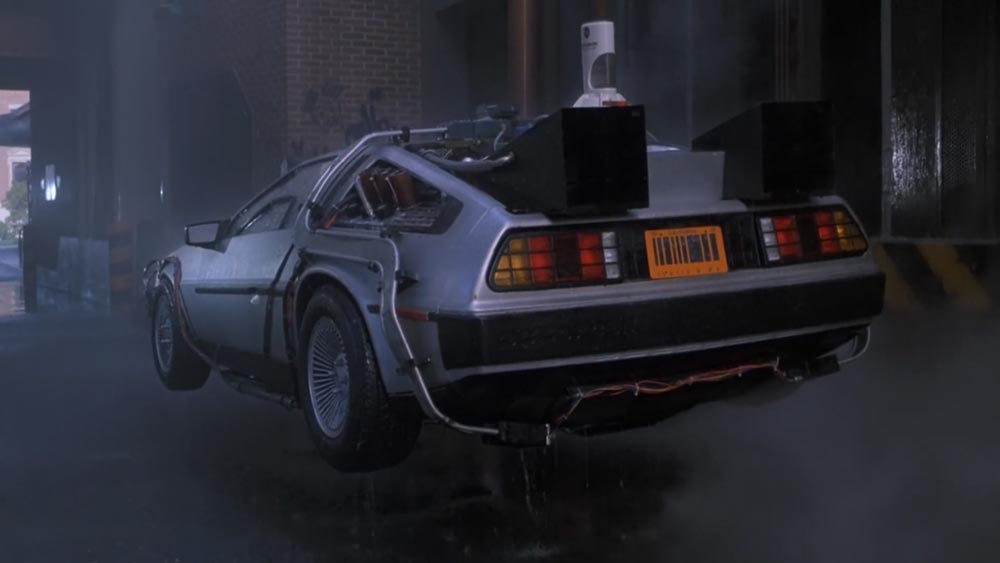 While today’s license plates may not look like the one with the shiny barcode on the famous flying DeLorean time machine, the future is here.

Within the last decade, several state transportation agencies, including Minnesota, Texas, and Tennessee have added small bar codes onto license plates. Even without a bar code, modern license plate readers can scan a plate’s alphanumeric string to identify the vehicle. Local law enforcement agencies around the country are using these readers to more efficiently locate stolen vehicles, missing persons, and criminals. And, while a few federal agencies have explored the technology’s value and application for criminal investigations, the issue is hotly debated.

Meanwhile, state legislative and criminal justice agencies are determining how to support innovations in this law enforcement technology without compromising the privacy of individuals. 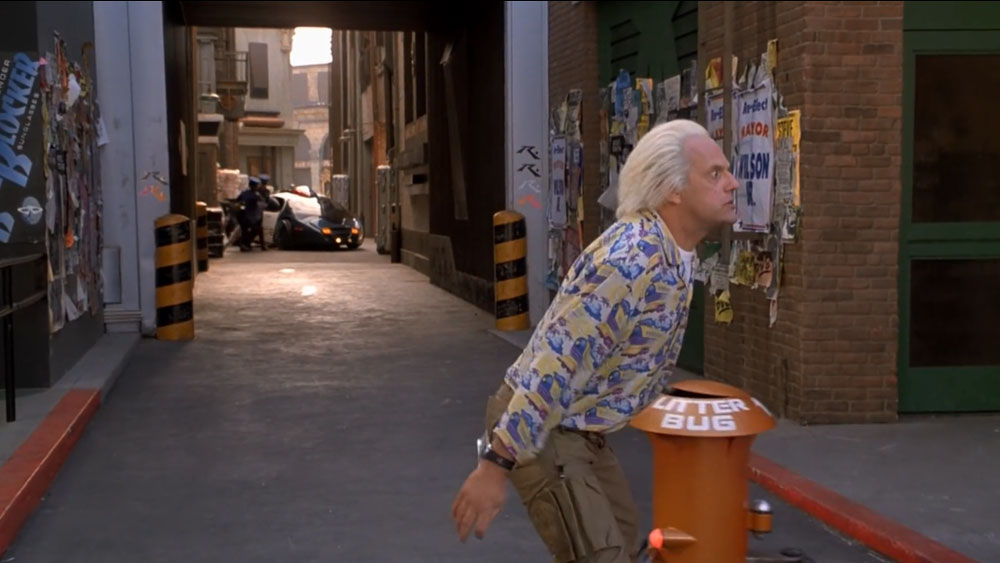 Long before the world met the self-aware garbage drone in the movie Wall-E, Back to the Future II showed a 2015 in which robotic garbage cans roam the streets. Rather than making people walk to a garbage can, these futuristic litter bins chase after people and their trash.

Today’s garbage cans may not have a mind of their own (though a few companies have tried), but robots are already at work in municipal waste management and especially in hazardous waste cleanup. The U.S. Department of Energy Office of Environmental Management relies on remote-controlled robotic devices in nuclear cleanup and other situations that are unsafe for humans. 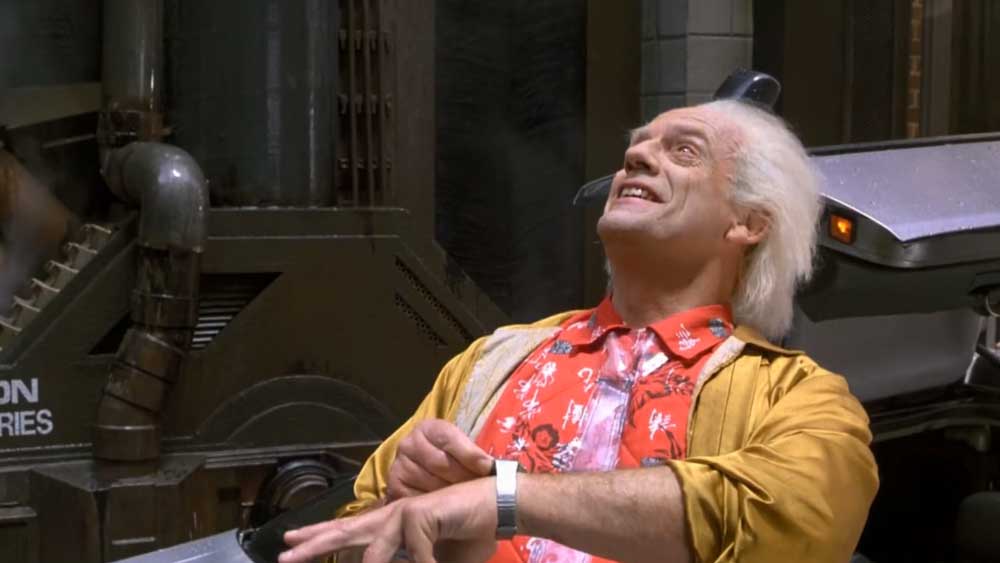 After Doc Brown successfully calculates the exact moment that a heavy rain storm will stop, he jokes to Marty, “Too bad the Post Office isn’t as efficient as the Weather Service.”

We may not control the weather, but today’s forecasts are more accurate than ever because of government advances in computing power, data collection and processing, model analysis, satellite technology, and specialized training for meteorologists. In fact, NOAA recently announced that it is boosting its supercomputing capacity by a remarkable factor of ten to improve weather forecast accuracy.

With all their talents, the one thing that agencies like the National Weather Service and National Climatic Data Center haven’t been able to improve is tedious small talk about the weather. Let’s set that as a goal for 2025.

I’d say depending on the type of phone you’ve got, biometrics are very much a part of everyday life! At least for me…I unlock my phone with my fingerprint! Of course, there are those that say you could unlock iPhones with anything but generally, we’re there. The future is now!

(Another) 5 Principles for a Creative Career