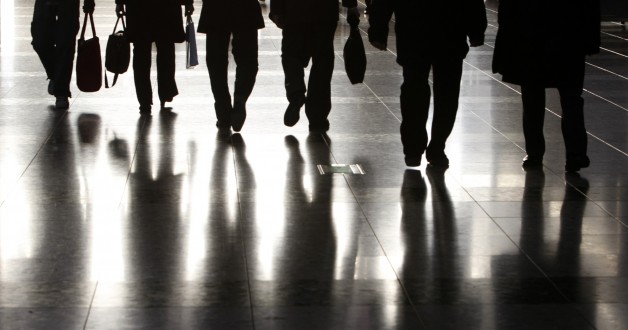 Every year the Pew Research Center releases a survey of the most important developments in the country and the world. I have pulled out the movements that will have a major effect on how we build communities, schools, religious institutions, workplaces and relationships that reflect a world order where everyone is fully embraced and accepted.

19% of US citizens say they can trust the federal government always or most of the time.
This is significant for federal workers in that it shows that 81% of taxpayers do not feel like the services we provide benefit everyone equally.

The US middle class is shrinking.
The gap between the haves and have not’s is growing. Wealth is being concentrated in the hands of a few. This inequity intensifies class differences in a world that was not doing a great job of accepting group differences in the first place.

More immigrants from Mexico left the US than entered the US.
Will this development ease the anti-immigrant rhetoric that is firmly embedded in our political and social discourse about welcoming people with differences to the so-called land of free?

Nearly 60% of the US feels the country should do a better job of giving Black people equal rights comparable to White people.
It seems amazing that the US is still dealing with this intractable problem of racial inequality. Don’t get too carried away. Black people were much more likely than White people to say changes are warranted.

Millennials surpassed Baby Boomers as the country’s largest generation.
While Millennials are racially diverse, and politically liberal, their nonchalant attitude toward racial justice in the Obama era has slowed the elimination of structural and systematic bias that impedes the full realization of an inclusive society.

During the next 40 years, Islam will become the fastest growing religion in the world.
Expect hatred and fear of Muslims to continue to drive Islamophobia and promote religious bias in a country founded on freedom of religion.

Fewer US citizens say they are Christian and a growing number of them are not affiliated with organized religion.
This raises the question as to whether or not religion was ever a major influence on the embracing and recognition of differences. Will a more secular society promote additional diversity and inclusion?

Nearly 14% of the US population was born in another country.
This development is a game changer. Will the melting pot version of assimilation be replaced with a toss salad model? More importantly, will the differences these folks bring in the form of language, culture, education and religion be fully welcomed?

Mixed raced US citizens make up nearly 7% of the adult population and are growly 3 times as fast as the population as a whole.
Will this trend continued the narrative that racial differences do not exist anymore? Will colorblindness dominate discussions around inclusion? Will a new racial category of differences emerge with its own set of complexities?

Our country and world is changing. You are either leading or trailing when it comes to embracing that change. Don’t be left behind; an inclusive workplace depends on it.

The Best Ways to Video in Social Media