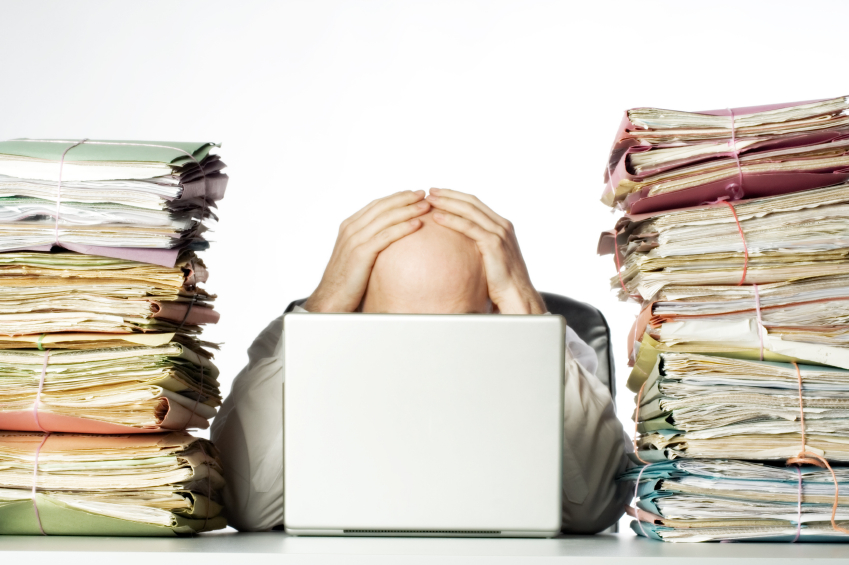 You’ll take chances that don’t work out. You’ll put your trust in someone and they’ll let you down. You’ll misjudge your leaps. You’ll drop the ball.

Making mistakes is a natural part of our learning process, and living in fear of making them can hinder us from trying new things – and becoming our best. As George Bernard Shaw said: “A life spent making mistakes is not only more honorable, but more useful than a life spent doing nothing.”

Everyone screws up at some point or another – that’s the easy part. The hard part is figuring out how to recover gracefully, fix the problem quickly, and learn a good lesson.

Own up, and fast!

You know that sinking feeling in your gut, right? The one you get when you first realize things have gone terribly wrong? The one that makes you want to do everything in your power to make sure no one else finds out what happened?

Often, our first reaction to discovering a mistake is worry that others will think less of us for having messed up. We fear facing the disappointment of our boss and of our coworkers – but if we can learn a life lesson from every comedy ever written, it’s that hiding or shirking blame for a mistake only makes things ten times worse. If we own up to what happened, apologize for it, and then work hard to set things right, our coworkers will respect us for our honesty.

Come up with a plan

Before you go to your boss to own up, though, you should come up with a plan to fix your mistake. Show that you’ve thought through the ramifications of what happened, and that you understand what needs to happen going forward. You may want to come up with a few alternatives for your boss to consider, too.

Once you’ve told your boss about the mistake, move the focus onto the future. How quickly can you fix the mistake? What steps should you take? What people need to be involved? Will there be any costs? What kind of greater damage control needs to happen?

Of course, timing is key – if you can’t come up with something quickly you may need to go to your boss as soon as possible. Don’t use “coming up with a plan” as an excuse for not ‘fessing up right away.

Everyone makes mistakes – it’s only human to do so. Making a mistake again and again, however, is a huge problem. The most positive outcome of a mistake is that you learn a lesson from it and grow, both personally and professionally. After you’ve dealt with the immediate aftermath, take a moment to reflect not only on what you could have done to prevent the mistake in the first place, but also on what you learned through solving the problem it caused.

But don’t just keep your lessons to yourself. Take the time to help others learn from your mistake, to keep the same thing from happening again. Put safeguards in place, set up systems and checklists, and provide documentation so the lessons you’ve learned can be shared.

Have you ever dealt with a huge mistake at work? Tell us about it in the comments.

Organizational culture can have a very huge impact on a person’s decision to call out and accept responsibility for a mistake. A work environment that punishes mistakes can actually end up being the cause of more mistakes and sometimes, very costly ones.

At the same time, a heavy focus on being perfect has the same effect. Metrics tied to rewards could be manipulated at the risk of hiding mistakes and deficiencies.

It would be beneficial to have an environment that promotes continuous improvement — that rewards individuals for making less mistakes but also encourages its workers to keep challenging current work processes and procedures, while still remaining consistent with federal policies.

After all, it should not only be one person learning from a mistake but also the entire organization.