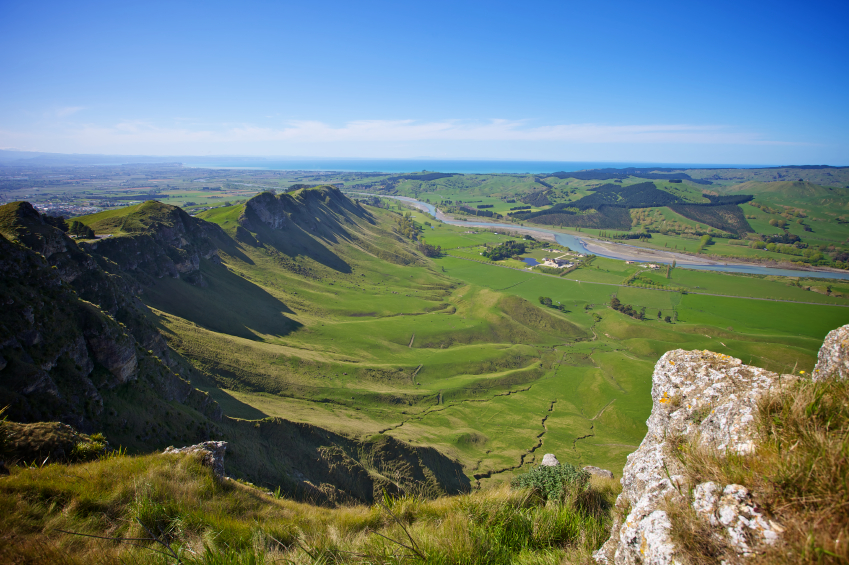 When you think of New Zealand, what probably comes to mind is what you’ve seen in movies like The Hobbit trilogy: lots of wide, green vistas and many, many sheep. Which is true for the most part, especially the bit about the sheep. But no orcs.

Maybe you’ve come here on vacation. After all, New Zealand wine is wonderful; bungee jumping originated here; and, if you’re into hiking through amazing scenery, no place is better.

Or you’ve read about the earthquakes in Christchurch from 2010 – 2012. The city is still struggling to recover and it’s had a ripple effect on the rest of the country: financial for recovery and rebuild; emotional about the loss of life and damage to the city; and, culturally since people are now much more aware of the possibility that it can happen again. Especially since the capital, Wellington, is built across a known fault, everyone always expected any really big quake to hit there. Certainly not Christchurch.

In an oddly human way, some really good things came out of the earthquakes such as public sector agencies co-locating, sharing what resources were available and adapting to extreme circumstances to focus on people, not paperwork. Also, the use of social media after the quakes was critical to people for support.

A little bit of context

So, this blog post (and others that follow) will share my insights about how things work in the New Zealand. Not as a bureaucrat, official or spokesperson; just as me, an expat American. Personally, I’ve learned so much, met some incredibly talented people and gotten to do some really cool things. [Full disclosure: I’ve never bungee jumped.] After living in New Zealand for almost 10 years and working in the public sector, here are some of the positives that I’ve seen:

The speed of change is fast.

For example, the first general election I voted in was a revelation. The election was on the 8th of November; the new Prime Minister was sworn in on the 19th. Of November. Eleven days after the election. This can be a real advantage when you’re implementing a new policy or improving a public resource.

The scale is smaller.

The population of New Zealand is about 4.5 million. About 1.5 million people are in Auckland at the top of the North Island. Wellington is at the bottom of the North Island and has a population of about 400,000. This scale can be felt when you’re working in government. When I worked in a social policy team, much of the material we used for research was from the UK, the US or Canada. The pilot groups for testing policies were often bigger than the population of New Zealand!

People here are used to the distance from the rest of the world. Even Australia is a 3-hour flight away. But this means that digital is ideally suited to life here. And this distance can drive innovation because when there’s a need, they just get on with things.

For example, after the 2011 Christchurch earthquake while university campuses were still closed, a student began what would become the Student Volunteer Army using Facebook to organise others to help residents. Using social media they coordinated with other organisations to find out about needs, then delegated people to shovel silt off streets, let people know where to find food and water, and handle mundane tasks so that emergency services could focus on more critical work.

They think of themselves as part of a global community.

New Zealanders travel extensively. Between high school and university many young adults go looking for overseas experience (known as an OE) to the UK or elsewhere. Going to Australia is a weekend thing and travel to Asia is really common. Amazingly, there is an estimated 1 million New Zealanders that live in other countries. I think this global view goes a long way towards understanding how to negotiate the much smaller world we live in now.

The government is flatter.

There are only 2 levels of government: federal and local. Without the middle, state-level government and the complexity of juggling what states are responsible for versus the federal government, there’s less friction in getting public services to people. A simple example of this is car registration: in the US, this is done at the state level. In New Zealand, its done at the federal level. Same cost, same process, same restrictions, same licence plates, no matter where you live.

Now, about the people, not the demographics. You can see those here if you’re interested. What you can’t see from the stats is what’s called a ‘number 8 wire’ attitude. Originally it really was about wire but it’s become a symbol of adaptability. Add to that, about 25% of New Zealanders were born overseas. When you throw the huge variety of experiences, education, cultures etc into the same number-8-wire mix? That’s a pretty powerful engine for change.

My team at Department of Internal Affairs (DIA) has lots of conversations with groups working in the digital space internationally. What we’ve found is that the issues that we all struggle with are the same:

I joined the business unit that I work in during the development phase of a new government website: Govt.nz. The intent was to revamp a tired, links-farm website (now decommissioned) into a user-focused online experience built to provide information about government services, requirements and expectations. I’ll write more about Govt.nz in later posts but there were four key lessons from that project that underpin all the work we’ve done since:

While this makes perfect sense now, even a couple of years ago this was really contentious. What it breaks down to is fundamental shift in how government works: putting the customer at the center instead of departmental needs. That’s a big deal.

Even more outrageous was asking agencies to work together to help customers through user journeys that span multiple agencies. But here – and globally – this idea seems to have hit critical mass; its changing how we do business. Its no longer acceptable for an agency to take care of just ‘their’ slice of a process and leave the customer to figure out how navigate the rest by themselves.

Guiding this work, is DIA’s Chief Executive, Colin MacDonald, who is also the Government Chief Information Officer (GCIO). Which means that DIA is the government agency that is tasked with delivering on the GCIO’s commitment to:

To wrap up, what I’m hoping to share with you over the next few months is how DIA and other public sector agencies have taken those 4 lessons and used them to change how the New Zealand government operates in the digital environment. Not everything worked as expected and we’re not done yet but maybe you’ll get some value out of what we’ve done so far.

This is SO INTERESTING! I can’t wait to learn more about NZ in the coming weeks!

Hi Hannah, thanks for the comment. There are some really interesting things going on here, which is why I wanted to share some of the better bits in case they’d be useful to other people.

Thanks for the post Susan. I used to be a regular visitor to the NZ State Services Commission website, and keep an eye out for new reports. As a Canadian, “what was going on in NZ” was typically a component of any environmental scan we did. Partly because it is another flavour of Westminister system, partly because attention to indigenous peoples issues was in common, but partly because it was often so darned interesting.

The size=relative-nimbleness equation can work out for the better, or for the worse. On the one hand, actionable things can be acted on faster. On the other hand, sometimes it’s good to be slower out of the gate , so you get a chance to see the caveats. It’s my understanding that the NZ federal government has embarked on a few things over the years that everybody else thought of as cutting edge, and then it turned out not to be as brilliant as first appeared. That’s not a criticism; just a reality of the relative advantages and disadvantages of being small, nimble, and flat.

Hi Mark, isn’t it funny that we all look to similar jurisdictions to see what’s new? We’re big fans of both the Canadian federal and Ontario governments and have monthly discussions with their digital teams, along with the Australian and UK equivalents. The UK’s Government Digital Services people have been very helpful to New Zealand; we even used their open sourced code for an alpha website during the development of Govt.nz.

I agree with your insights around size and nimbleness; it can be a double-edged sword and become reactive in the negative sense very easily. And the downside of trying things fast is that they don’t always work.

I think things slowed down a bit due to the focus on riding out the global financial crisis. But that seems to have shifted recently and the mood I’m seeing is definitely more focused on innovating our way to smart solutions.

7 Steps To Get Back in the Groove After Vacation