The Office of Personnel Management has begun the process of collecting data for assessing the pay grades of federal employees. OPM issued a memo to all the agencies and asked them to submit the special pay grade information. The memo also clarified that the overall changes are limited to 1.6 percent increase in total basic payroll because of the President’s budget. The federal employee unions are against the menial increase and are fighting for more. OPM memo has also set a deadline for the agencies to submit the required information. 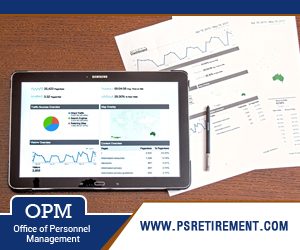 The yearly assessment of federal employees’ pay grades has already begun at OPM. The review will consider locality and other pay grades that have been adjusted to higher levels than what federal employees usually earn. The higher levels are usually due to factors like recruitment and retention problems that occurred recently in the retaining the Border Protection guards in North Dakota and the Bakken Oil Field in Montana.

According to a memo released by OPM Acting Director Beth Cobert, the agencies now need to submit the special pay grade information if they plan to eliminate or reduce the special rate schedule or they are requesting pay adjustments higher than the general schedule base rate that will take effect in January 2017.

The memo also stated that the President budget for the year 2017 limits the costing to 1.6 percent of the basic payroll. So, the value of locality pay increases and the across-the-board increase in GS base rates cannot exceed the 1.6 percent increase in the total basic payroll of an employee.

It is vital to mention here that the federal employee unions are not happy with the 2017 raise and they want to change it. They even supported Rep. Gerry Connolly, D-Va., that demanded a 5.3 percent increase which included 1.4 percent locality pay adjustment. The bill has not moved out of the committee yet. President Obama can make the changes in Federal Pay raise only until August 31, 2016. The locality pay bump in 2016 was 0.3 only.

The memo shared by Cobert also mentions that the agencies have a deadline to submit the requested information regarding federal employees’ pay grade. They just have until October 14, 2016, to submit the special pay grade changes they wish to implement in their organization.