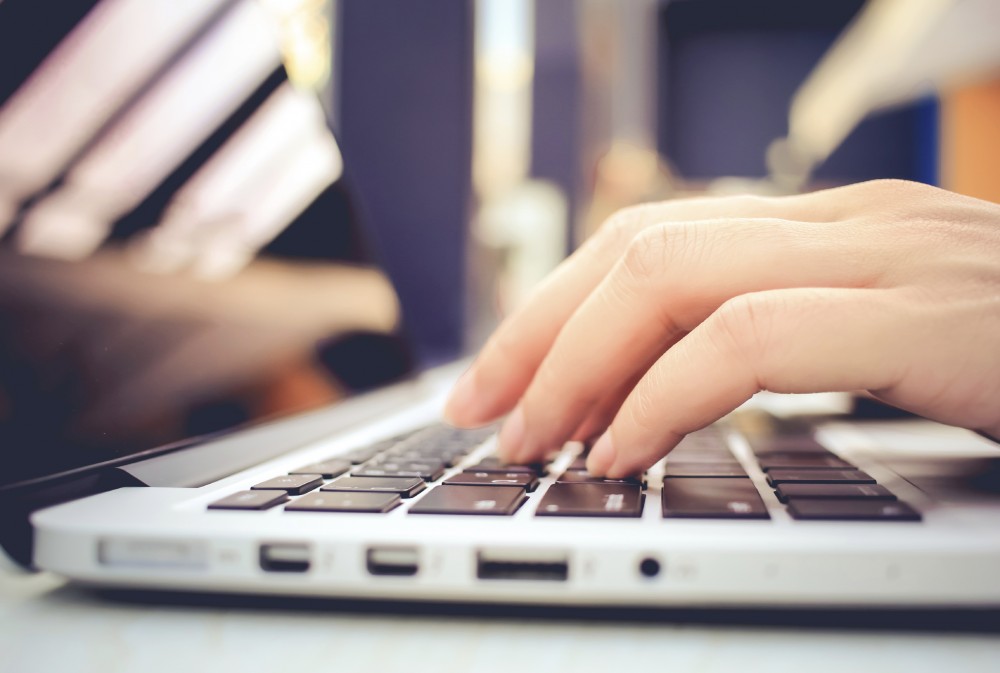 Typical media relations rely heavily on press releases sent en masse to large email lists. No matter how good your list is, though, this outdated approach can deliver diminishing returns as you continue to send the same messages to the same audience. Sound familiar?

At King County, Wash., we re-imagined the press release experience, starting with the story’s online version and carrying through the pitch email we send to reporters. Our new strategy allows us to track data on which reporters engage with our press releases so we can learn who is interested in which subjects. This innovative approach to traditional media relations has led to high-profile coverage for a number of county programs, including a reduced bus fare for low-income riders that was featured in the New York Times and Meet the Press.

The project also earned national recognition in the 2015 Digital Strategy & Impact Awards. Overall, this has been one of the most rewarding efforts I have been a part of. It has completely changed the way we view media relations, and I am very proud of our team and thankful for the opportunity to work for a government organization that is willing to try something new.

Situation: Traditional press releases are not getting results.

We used to send the entire press release to reporters in the body of an Outlook email. Unfortunately, these stories were so long that it was hard for reporters to read if they were away from their desks and looking at a big block of text on a very small screen. When we interviewed members of the media and asked about the effectiveness of our press releases, many told us the hard truth. “I don’t even read news releases from King County anymore,” said one reporter. “I know if it’s important (someone) will call me,” said another.

What many in the media said they wanted was access to more exclusives. “By the time you send a news release,” they told us, “it’s not really news anymore.” Using GovDelivery, our enterprise email client and the tool we use to create e-newsletters, we are sending shorter press releases that are easier for busy reporters to scan and get information quickly. At the bottom of each email is a link to the full-length version of the story on our website. Since making this change, we have seen a 31% increase in site traffic to our press releases. 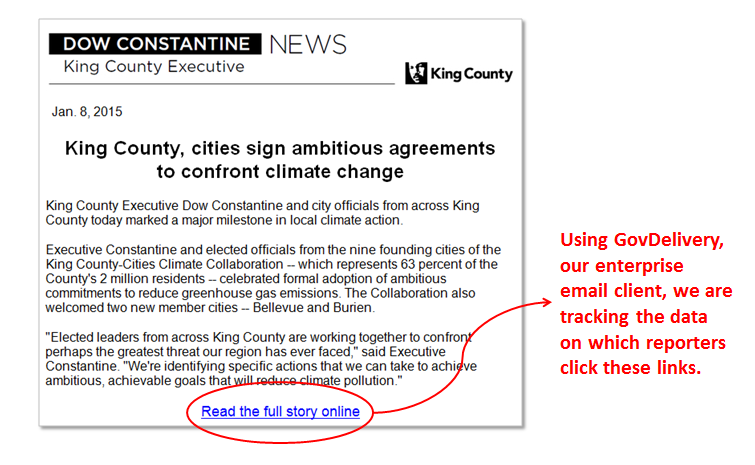 The news release you see above is a major departure from the status quo, but it’s the link at the bottom of the email that is the key puzzle piece. We are able to see who clicks on these links, viewing activity reporter by reporter to gain important insights into recipients’ behavior. This information allows us to build better relationships with reporters by offering exclusives and invites to people we know are legitimately interested in the subject matter.

Each reporter’s click history can show, for example, that staff at a local radio station have different interests. One reporter may read our stories about climate change, while another is interested in early education. We score this activity in a spreadsheet, with an email “open” getting one point and a “click” three points. The assumption is that reporters who click through to the full-length story are truly interested in the content. This is how we are learning which types of stories the reporters on our list actually want to cover.

King County has used data from its press release project to invite specific reporters to a roundtable discussion on a plummeting public health budget, and a tabletop exercise simulating an oil-train crash in downtown Seattle. We also used the data to give key reporters a behind-the-scenes look at Metro Transit’s new low-income bus fare, leading to international media coverage.

Here’s how we got there:

All of this started with our interviews with the media about whether our press releases were serving their purpose. They weren’t, and we learned a lot about what journalists actually want from us. Now, we know who is interested in which topics and can provide compelling opportunities to our media partners knowing who is legitimately interested in a certain subject.

This kind of data-informed decision making shows King County is using digital communications to do old things in new ways. It’s not just about getting “more” coverage in the media; it’s about getting “better” coverage.

After all, the best press release pitches are about issues you really want to cover.

This is an awesome post! I hope your strategies gain momentum elsewhere, too!

Your office is doing great work! Thanks for sharing this post!