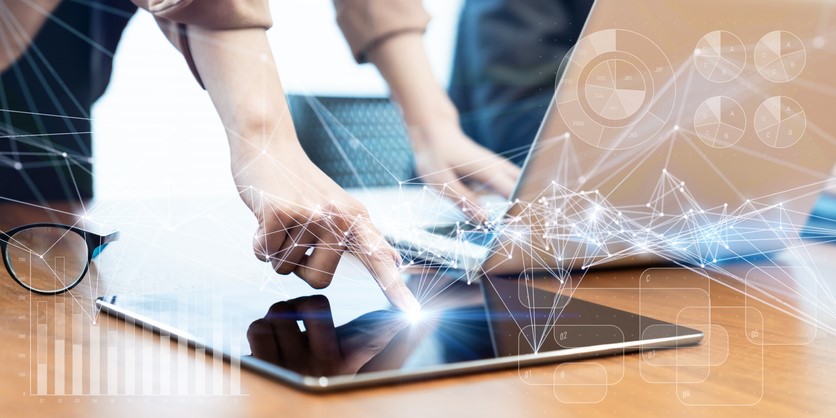 Data analytics are a game-changer for jurisdictions across the country, providing insight so leaders can ask – and answer – questions that can transform communities. Cities from Austin to Los Angeles to New York are using data to tackle homelessness, create social change, and protect consumers.

The onus is on government leaders to continue to think through how data analysis can improve services, even in unexpected areas. Can public safety, for example, benefit from connecting and using data to reduce crime and create safer communities? The Pinellas Park Police Department (PPPD) in Florida answered this question with a resounding “yes,” and is an instructive example of creative thinking and tech implementation. The department used data analytics to:

By arming residents with community crime information and turning raw data into actionable insights, Pinellas Park is pioneering data analysis to solve community problems and amplify the impact of the police department’s efforts.

Access to incident data increases transparency as well as the public’s trust in its police force.

“More often than not we’ll get phone calls or messages on Facebook ‘what was happening last night? I saw the police in front of my house,'” Capt. Adam Geissenberger of the PPPD said in this local news article. Departments nationwide spend significant time responding to resident phone calls or emails requesting information about crime. Officers must stop, download and interpret the data, and double check to make sure anything they release complies with public record law.

This process is not only time-consuming, but it can also leave requestors with out of date information. To combat these challenges, PPPD implemented a citizen portal that enables residents to look up near real-time information on their own while also giving the police department insights that can help it be more efficient.

“Now with the new program they can log into the website themselves, they can pull it up on their phones and they can see as soon as the officers clear the scene what they were there for,” Geissenberger said. 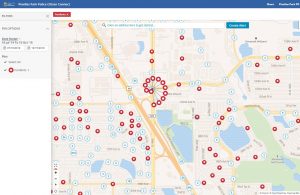 The public portal gives residents an accurate view of crime through a community map. Residents can navigate around the map to see down to the block level where an incident occurred, as well as date, time, and type. Pin views show whether the number of incidents in an area has increased or decreased. When residents fully understand what incidents are occurring in which areas, they can respond to facts rather than speculation.

This helps avoid social media-fueled rumors that can stoke unnecessary fear. “Too often we’ll see on social media where people will fill in the blanks because they don’t have the information,” Geissenberger explained in the article. In addition, the portal keeps residents aware of a spike in incidents like burglaries so they can keep an eye out for suspicious activity and, in turn, assist police by reporting it.

For more than a decade there have been software tools that can produce raw data files from computer-aided dispatch, records management systems, and crime databases. But the challenge has been in making sense of the raw data in real-time and making it actionable so the right resources are deployed at the right times to reduce crime.

To meet today’s demands of rapid dissemination of real-time information, Geissenberger implemented an analytics tool that’s part of the same, cloud-based solution hosting the citizen portal. The tool helps the department answer real questions about what’s occurring, where it’s occurring, and when, in addition to whether police efforts are working in those areas.

The PPPD has already had success in reducing opioid overdoses with its new software. Staff geofenced an area with a concentration of low-budget motels that had seen an increase in drug-related overdoses.

Officers activated a buffer on the analytics portion of the map, which allowed them to eliminate everything outside of it and only focus on a relevant area. With just a click of a button, they could easily identify times of day, days of the week, and the locations that showed when and where overdoses were occurring most. Focusing traffic patrol operations in those specific areas was an actionable way to intercept drivers leaving suspicious facilities

The department’s crime prevention team also used the information to communicate with management at involved properties to make sure they were following best practices and not renting rooms to people who lived down the street but were using the motels as a base of operation. Finally, PPPD shared the data with a newly formed strategic enforcement team.

The chain of events around analyzing and sharing data illustrates the value of advanced analytics and collaboration. The result was a measurable reduction in overdose numbers. In this instance and other ways, such tools can harness data to facilitate intelligence-based decisions on resource allocation and crime trends.

Analytic tools can be true game-changers for public safety agencies in addition to the “normal suspect” public departments in which the use of data has become the norm. Making use of abundant data engages the public, provides departments with actionable insights, and results in data-driven resource allocation. This, in turn, helps solve real problems and increases community safety.

Meredith Trimble is a GovLoop Featured Contributor. She is a former municipal official and Town Council Acting Chair, who focused on strategic planning, annual budgeting, and bonded infrastructure projects. Her government experience also includes posts in both federal and state-level executive branch agencies: Associate Editor of the U.S. Federal Election Commission’s FEC Record; and Director of Education for the CT Office of State Ethics. In her current role as a Senior Content Specialist with Tyler Technologies, Inc., she writes content to help empower those who serve the public. Her current focus is to help facilitate data-enabled organizations as well as to create connections between governments and those they serve. You can read her posts here.

Inclusive Leadership: It Starts with You

How to Design City Technology with Community