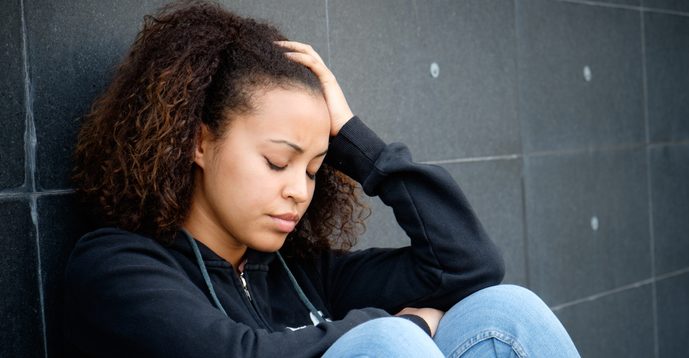 Editor’s Note: To help our community navigate these unprecedented times, we’ve refreshed some of our best content that educates, uplifts and unites the government workforce.

You are probably your own worst critic. Your inner voice is a tool that helps you process complex information, reflect on events, learn from experiences, sort out your feelings, and make plans. But, when the voice becomes nagging or hurtful, self-talk can transform into a crippling self-doubt.

An inner critic that runs amok can trap you in a spiral of negative thinking. Left unchecked, your inner critic can impair your self control and consume your confidence. This anxiety-inducing internal monologue can inhibit your creativity and productivity, and sabotage your job satisfaction and success. Thinking you can do nothing right is as problematic as deluding yourself that you can do no wrong.

How can you quiet your self-defeating inner critic so you can hear your more compassionate inner voice?

Talk to yourself in the third person

It’s easier to give advice to someone else than it is to give it to yourself. When advising someone else, you’re less emotionally involved, which lets you assess the situation objectively and be more decisive. What if there was a way to achieve a sense of detachment to silence your inner critic?

Talking to yourself in the second (“you”) or third (your name) person is a proven technique for tricking your brain into becoming a detached observer. Psychologist Ethan Kross has studied the ways that what researchers call “external self-talk” makes people less anxious and more successful. Psychology Today described what Kross discovered:

“Using one’s first name minimizes social anxiety, the fear of being evaluated in a social context—the reason most people hate public speaking. It disables social anxiety not only before the stressful event but, significantly, afterward too, when people tend to chew over their performance and find themselves lacking—what scientists coolly call ‘postevent processing.'”

Fans of early 1990s Saturday Night Live will remember how the comedic character Stuart Smalley would turn to a mirror, look his reflection in the eyes, and tell himself nurturing affirmations.

We laughed at Smalley’s overly sincere self-help style, but it turns out that reflecting on what there is to value about yourself works wonders on the psyche. Affirmations can reduce defensiveness, boost feelings of self-worth, broaden your perspective, and keep you from fixating on and defining yourself by your negative features or experiences. As psychologist Clayton Critcher explained:

“When people experience a threat, that injury looms large in their minds, exerting a disproportionate impact on their feelings of self-esteem. Self-affirmations then serve to expand people’s sense of self, reminding them that the threat is not all that defines them, thereby helping to reduce the influence of the threat on their more global sense of self-integrity.”

Affirmations need to be done a certain way for maximum effectiveness. One study found that people with low self-esteem may not feel better when forced to think positively about themselves. Neutral language and including action steps can make the statements more believable and less likely to induce eye rolling. State affirmations in the second or third person to further strengthen their impact. For example:

“Sarah values the opportunity to learn from her mistakes. It’s one way she’ll get better at her job.”

“You, Donald, choose to become tolerant and to lead with love. Listen more than you speak.”

“Mike, you will not fear the unfamiliar. You will make an effort to empathize with others.”

Listen to your constructive inner voice

When it’s not being hyper critical, your inner voice can be a useful source of compassionate insight. Practice a thought process that focuses on learning from experiences instead of dwelling on mistakes. Reframe your thinking toward formulating specific, constructive ideas for the future. Instead of “I made such a fool of myself in today’s meeting,” tell yourself, “Jeff, your data analysis need work. It’s time to take that webinar you’ve been putting off.”

Your inner voice should treat you with as much kindness as you would show to any friend. Use it to conceptualize a more confident self-image, as well as the plan for how you’ll motivate yourself to work harder and become better at what you want to do.

Thanks for sharing this post Lauren! I think it is so easy to be overly critical on yourself – always a good reminder to be kind to yourself.

This is very helpful, thank you. I think we all can relate to that negative voice inside our head, especially when faced with a new responsibility. Imposter syndrome can be crippling.

Wow , I did not realized that some people has the issues just like this video.