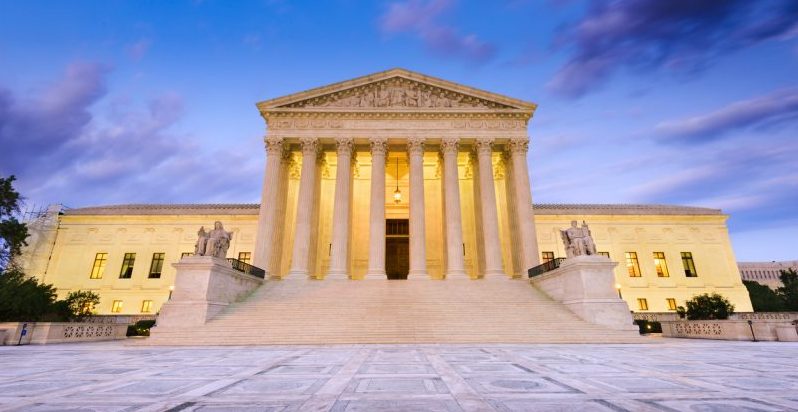 We live and work, love and marry, vote and protest, forgive and fight, unite and dissent, and mourn and celebrate in a world changed for the better by Ruth Bader Ginsburg.

Though we live in a far better world for having had Justice Ginsburg in it, it’s still a long way from perfect. There remain many injustices to right, problems to solve and promises to fulfill. There is so much more we all need to do. Now, we have to do it without her.

That’s the catch of a legacy as substantial as the one Justice Ginsburg has left to us. Legacy is not static. It is not assured. It is a gift that lasts only as long as people remember, honor, defend and build on it. A legacy is a summons to others to dedicate themselves to working together, to achieve a greater purpose than anyone can accomplish alone.

Legacy is a lot like public service that way. Among her many qualities, Ginsburg was a dedicated public servant who spent her life working to provide people with civil rights, equal opportunity and human dignity.

As the news of Justice Ginsburg’s death spread over the weekend, her fellow government employees shared their grief — and also celebrated the defiant life and glorious legacy of the Notorious RGB.

Let’s look at what they had to say:

From Gen. Mark A. Milley, Chairman of the Joint Chiefs of Staff:

“”Equal Justice Under the Law.” The death of Justice Ginsburg is a great loss for the country. Our condolences to her children and the scores of people she taught and inspired. She was an exceptional legal scholar, a selfless public servant and a role model.” Gen. Mark A. Milley

From Mary C. Daly, president and CEO of the Federal Reserve Bank of San Francisco:

My heart is heavy. Ruth Bader Ginsburg was one of my heroes. May we all strive to live up to her legacy of public service. #RIPRBG

From Morgan Ortagus, spokesperson for the U.S. State Department:

Truly saddened by the loss of Justice Ruth Bader Ginsburg. She was a shining example to me and so many of public service, dedication, and hard work. Her legacy and example will live on. I join all those who knew and loved her in mourning. pic.twitter.com/TPjSJJ7YED

From the city of Weston, Florida:

Throughout #Weston, City, State and American flags are at half-staff in honor of the passing of Supreme Court Justice Ruth Bader Ginsburg. No politics- just respect and reverence for the woman, the trailblazer, the public servant and champion of justice. May she Rest In Peace

From Sally Jewell, former Secretary of the Interior Department:

As gracious and tenacious as they come, our nation lost a giant for justice and equal rights, a delightful human being and a dedicated public servant. What a privilege to live in her time. Please Rest In Peace Justice Ginsburg, knowing you have shaped a more just future for all. pic.twitter.com/Fxs5SpQSEk

Ruth Bader Ginsburg devoted her life to public service. That kind of dedication to the law and its application should be, and will be, recalled with respect and gratitude. RIP Justice Ginsburg. My condolences to her family.

The El Paso Sector extends their condolences to the family of Justice Ruth Bader Ginsburg. She lived an extraordinary life and inspired millions. Thank you for your service to our great nation. @cbp #honorfirst #RBG pic.twitter.com/VMwV9b54JR

From the Mayor’s Office of Youth Engagement in Philadelphia, Pennsylvania:

Rest in perfect power to a woman who gave us masterclass in public service.

Her grace under fire, her fearless leadership, her humble resolve.

She was a quiet storm.

Little girls everywhere are braver for having seen the path she forged.

All of us, from elected officials to my own friends and family, would do our nation a great service by following Justice Ginsburg’s lead. Disagreement need not, and should not, lead to dislike and disparagement. I intend to honor her by modeling that as a citizen & educator. 4/4

From Kelly X Jin, Chief Analytics Officer and Director of the Mayor’s Office of Data Analytics in New York City:

Justice Ruth Bader Ginsburg was an inspiration to many across this world, and we are grateful for her life of service to our nation. May her legacy as a champion for equality & justice live on and her memory be a blessing. pic.twitter.com/lb5ktkxp2s

From Cora Scott, the Director of Public Information and Civic Engagement for the city of Springfield, Missouri:

Devastated to lose the great Ruth Bader Ginsburg. Thank you, kind hero, for championing issues that have affected my life and the life of my daughter. She represented the best in American tradition. She believed in the journey to a more perfect union. #RBG pic.twitter.com/NihukbR0Qv

I have been in D.C. for about 13 years now, and I have never seen a bigger crowd in front of the Supreme Court. Ever. Nothing comes close. #RBG pic.twitter.com/hyT0bhGHNA

From Diane Shaw, Rare Materials Cataloger for the Smithsonian Libraries:

I went to the vigil at the Supreme Court tonight for Ruth Bader Ginsburg. I am so grateful for her life & service. #RBGRevolution pic.twitter.com/dRpkkuAMBE

If you can and need to, go cry.

Thank you for putting this all together and sharing!