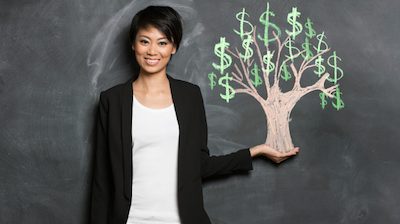 With the help of strong corporate earnings, a favorable outcome in the French election, and the lack of geopolitical drama, stocks rallied back to back days to wipe out the losses of April turning them in decent gains for the month. It seemed the rally was going to continue Wednesday but late selling into the close marked the end of the bull’s parade and the gains were skimmed Thursday and Friday. In the end, all the TSP stock funds were up more than 1% for the week and all of the monthly returns went from red negative to green positive from last week.

The I-fund outperformed for the week with a 3.12% gain. The fund led the gains for April and also leads for 2017 against the other TSP funds. The F-fund lagged this week with a slight loss as investors were leaving bonds to chase stocks.

Next week is another FOMC meeting where a rate hike is not expected but words are sometimes enough to catalyze the market.

Here are the weekly, monthly, and annual TSP fund returns for the week ending April 28th:

The SPY (S&P 500 / C-fund) produced an open gap (two open gaps on other charts) during the rally early in the week. The index did not fill that gap as the week continued but it was also unable to push past this years high. The S&P 500 is sitting about a half a percent from its all-time high. The C-fund ended the week with 1.53% gain and capped off April with a 1.03% gain.

The Dow Completion Index (S-fund) also produced open gaps but it was able to spend a some time above late the February high producing a new high. However the index gave back a good amount of the weeks gains as it was to unstable for traders with the two open gaps and the top open gap was filled Friday. This could be a glimpse of what we will see in the the S&P 500. Despite Friday’s losses the index was able to produce 1.27% gains this week and ended April with a gain of 1.15%.

EFA (EAFE Index / I-fund) also gapped up twice and was brought to the top of its trading channel in the process. The gaps weren’t filled for the rest of the week but the index was also unable to break above its rising resistance line. The I-fund outperformed the TSP funds this week with a gain of 3.12% this week.

AGG (Bonds / F-fund) gapped down early this week as investors were jumping into stocks. As the week went on it could be argued the 20-day EMA gave enough support to attract investors who were taking their profits from stocks. This cut the losses for the fund but it was unable to fill that open gap. The F-fund was down 0.15% for the week and ended April with a gain of 0.81%

Good luck and thanks for reading. We will be back here next week with another TSP Wrap Up. You can read our daily market commentary at the Market Comments page. If you need more help deciding what to do with your account, perhaps one of our Premium Services can help.

The legal stuff: This information is for educational purposes only! This is not advice or are commendation. We do not give investment advice. Do not act on this data. Do not buy, sell or trade the funds mentioned herein based on this information. We may trade these funds differently than discussed above. We use additional methods and strategies to determine fund positions.