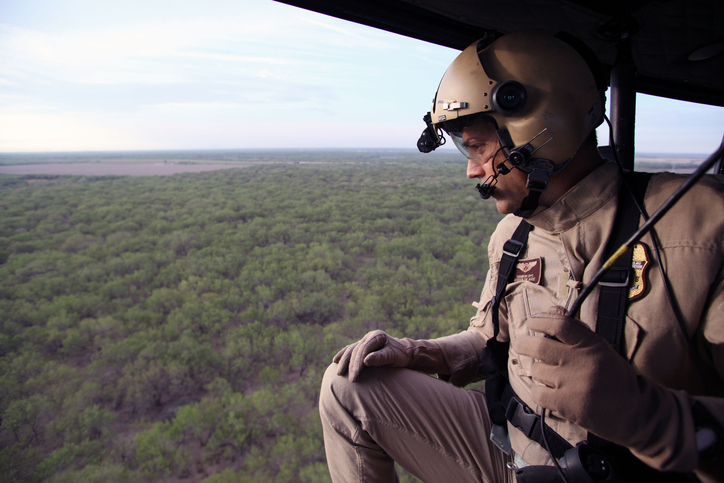 You know how hard it is to hire a great employee. Now, imagine needing to hire dozens of highly skilled workers eligible for federal security clearance in mere months. Sounds impossible, right?

Yet, that’s the challenge defense contractors like Lockheed Martin overcome year after year. The aerospace technology company is contracted to deliver 66 F-35 fighters this year — and double that number the next — requiring it to hire 40 new workers for the project.

Why are Lockheed Martin and other defense contractors hiring left and right? They’re staffing up after President Donald Trump’s budget proposal to increase defense spending by $54 billion during the 2017 and 2018 fiscal years.

Such hiring surges don’t come cheap, either. In fact, a 2016 report by the Society for Human Resource Management revealed that it takes $4,129 and 42 days for the average company to fill a vacancy. When you cut the timeline and add clearance requirements, those costs only grow.

How, exactly, do hiring swells affect defense contractors? For starters, tides of new employees crashing onto the company’s shores inundate HR with extra work. From recruiting to interviewing to onboarding and processing employee information, the whole ordeal drains existing personnel and saps resources that could be put toward contract delivery.

Secondly, defense companies tend to use standard, systemic (and, more often than not, lengthy) procedures for hiring employees — permanent, part-time, contracted, or anywhere in between. Unfortunately, this one-size-fits-all approach often means delaying the start of important work until positions are filled. It also means missing out on money-saving opportunities that accompany flexible employer-of-record solutions.

And finally, defense contractors’ internal head-count restrictions — intended to control costs — can actually cost them money. When a company in a hiring freeze wins a project that its existing staff can’t handle, it may find itself unable to execute on the contract. Worse, it may be frozen out of future contracts on the basis of poor performance.

So how can your defense contracting company dodge surge-hiring hurdles? Well, to some degree, the ups and downs of contract work can’t be avoided. But there are three steps you can take to lessen the struggles of high-speed hiring:

1. Streamline the process.
The faster your team is fully staffed, the faster you can complete valuable federal contracts. Start streamlining your hiring process by identifying bottlenecks.

If you’re like many defense contractors, your greatest challenge is likely locating qualified applicants. Try partnering with a third-party staffing firm that can bring talented candidates to you. If red tape tends to restrict hiring, consider working with an employer of record that can fast-track new hire processing.

2. Outsource noncritical work.
There’s no way around it: Recruiting, processing, and onboarding new hires takes time. But when a hiring surge is upon you, that time becomes even more precious. And isn’t your time better spent pursuing top talent than completing paperwork?

Avoid drowning in filing deadlines by offloading administrative work to a reputable HR provider. Passing off noncritical responsibilities doesn’t only free up your team for more important work, either. It could save you thousands of dollars in man-hours per project, per year.

For example, our company serves as the employer of record for a global defense contractor. By outsourcing administrative tasks for 10 workers assigned to a Naval Health Research Center contract, the defense contractor saves roughly 1,000 hours of work, or about $35,000 per year. And considering the client utilizes IES’ services for hundreds more of its contract workers, its overall savings tops six figures.

3. Pick the right partners.
The final step to saving money during hiring surges is easier said than done: Avoid money-draining mistakes. Penalties for Fair Labor Standards Act violations, for example, start at $10,000 and can even include imprisonment. Partnering with staffing companies unfamiliar with government contracts opens your business to fines, higher taxes, or delayed employee clearances.

How can you be sure you’re teaming up with a reputable HR vendor? Ask them about past experience in the government contracting field and whether they hold security clearances. Are they familiar with McNamara-O’Hara Service Contract Act regulations? The SCA governs payments to contractors, but it doesn’t cover all federal contracts. Can they work on 9/80 schedules, which are common in federal contracting?

Don’t let a hiring surge slow your company down. Even in the unpredictable world of contract work, you can take steps to make fast-and-furious hiring more manageable. Then, next time a contract opportunity calls, your company will be ready with an answer.

Sara Jensen is the vice president of business development at Innovative Employee Solutions, a leading nationwide employer of record that specializes in human relations and payroll services. Founded in 1974 in San Diego, California, IES has grown into one of the city’s largest women-owned businesses and been named one of its “Best Places to Work” for nine years in a row.

Prior to joining IES in 2011, Sara served as director of distinguished events for the American Cancer Society. She also worked as a development resource specialist for the San Diego branch of nonprofit Social Advocates for Youth. A Washington native, Sara earned a Bachelor of Arts in communications from Western Washington University.