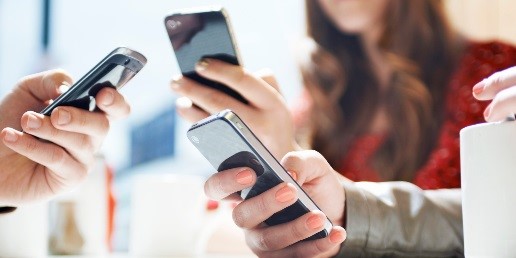 We all know that the use of social media, smartphones, tablets, the Internet of Things (smart thermostats, coffee makers, headphones, watches, etc.) and countless apps are now intertwined with processes used in virtually every segment of the economy. Certainly, you have noticed connected technology is rapidly finding its way into government. It might be obvious but being good at using connected tech is/will be good for your career.

I have had a long career in government. Thinking back to when personal computers (PCs) were first introduced, they were used for a few things but not many. I was in county government and had to get board approval to purchase a PC because my supervisor felt it was too risky for him to approve, even though it was in the budget.  Over the next several years the use of PCs increased to the point of being pervasive not only in the county but also at most workplaces.

The ability/inability to use the influx of new technology was game-changing to many people’s careers. Let’s just say if the past is an indicator, being good at using smartphones, tablets and other connected devices will be better for your career than not being good at it.

As PCs were introduced, the ability to use a PC was not required for most jobs. However, having PC skills was definitely a plus in promotion/new hire situations. As PCs became more widely used, the inability to use a PC caused many who were not PC users to have their jobs marginalized –  i.e. given an undesirable special assignment while a PC literate employee took over their old job. I do not remember anyone being actually fired for not being a PC user but I know of several who were made uncomfortable enough to quit or retire earlier than they would have otherwise. By the late 1990s, the ability to properly use a PC became an outright requirement for most jobs.

Today’s use of connected technology is following a track very similar to when PCs started to become pervasive in the government sector. Some employees knew the technology well enough to not only use the tech but also to understand the possible and appropriate use of the tech to get things done. They would be the ones to propose solutions using the tech. Employees who did not understand the tech, at best, remained neutral, but at worse, often opposed its use for reasons that made little sense to those who knew the tech.

The key to remember is those who knew how to use the tech were the ones who had the ideas and ability to do things in a new and better way. Knowing new and better ways are a big plus when being considered for promotions. Sure, you still need to know how to manage people and think strategically, but having a clue as to what is possible and practical sets you apart from other candidates.

By the way, both back then and now, many staffs are often more skilled at tech than their supervisors and managers. Time to up your game because  not understanding tech is career-limiting for you also.

If you are not already “connected,” know that today’s connected technology is much easier to use/learn than yesterday’s PC technology.  If you don’t have a connected device (smartphone or tablet) your excuses may be valid. But be warned, choosing to be disconnected may well become a career-limiting decision.

In case you were wondering, the trick to learning to use devices and the apps is to go to the browser and ask/enter your “how to” question.  It will return a “how to” answer and you will learn.

While you are learning to load and use apps, think about how connected technology might help your agency to achieve its goals.  The odds are good you will be asked for that information as one of your promotion/new hire interview questions.

Finding Your Voice in a Discriminatory Environment