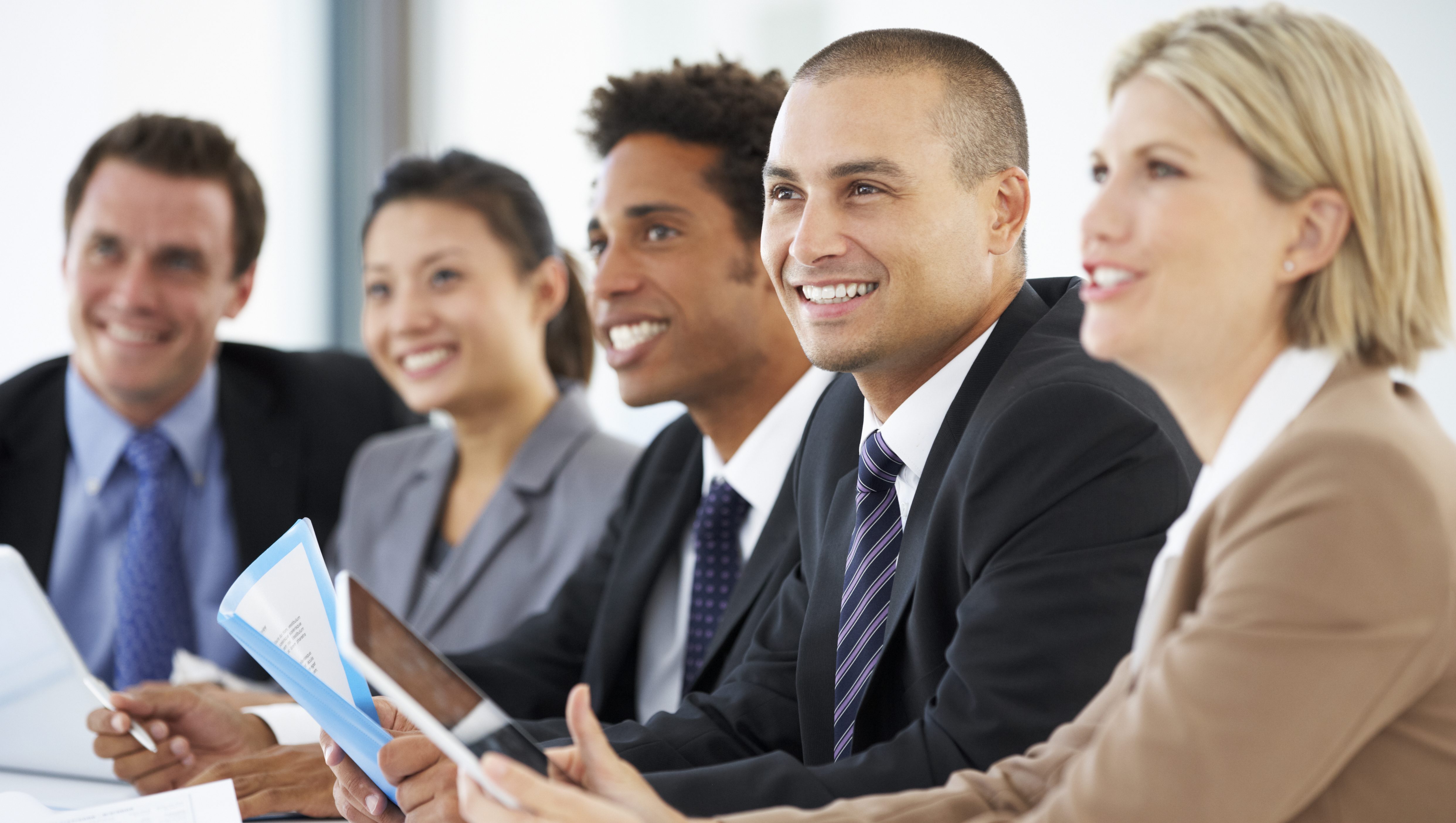 Every year, the Partnership for Public Service and Deloitte release the Best Places to Work in the Federal Government rankings. The rankings are based on data collected from the Office of Public Management’s annual Federal Employee Viewpoint Survey.

The rankings break down employee satisfaction by subcomponents, such as small, medium and large agencies. However, this is the second year that the Partnership expanded the traditional rankings by placing a select group of agencies into five mission areas: public health, law enforcement and border protection, national security, energy and environment and infrastructure.

At the Partnership for Public Service’s recent breakfast, they released their 2016 Best Places to Work in the Federal Government rankings by the five mission areas. The purpose of examining the mission areas is to explore agencies that have similar responsibilities and employ workers with comparable jobs to look at commonalities or dissimilarities in employee engagement.

One agency leader, Dr. Francis Collins, the Director at the National Institutes of Health highlighted the importance of comparing your agency’s score to those of other agencies in your mission area. Collins explained that his team publicize the results from the survey and rankings from all of the institutes and centers at the NIH in order to promote transparency and learn from each other. Doing so has allowed NIH leadership to discuss what has been working in different centers and how best practices can be applied across the agency.

The Partnership also brought together Dr. Patrick Conway, the Acting Administrator at the Centers for Medicare and Medicade Services, Kevin Mahoney, the Chief Human Capital Officer at the Department of Commerce and Clothilda Taylor, the Chief Learning and Engagement Officer at the Department of Homeland Security to further discuss how the rankings have impacted engagement practices at their agencies.

Overwhelmingly, these agency leaders were in agreeance on what works to drive engagement and rise in the rankings. Conway emphasized that for him, there are three components critical to increasing engagement:

Taylor echoed these sentiments by explaining that, at the end of the day, perpetuating the focus on the mission and listening to employees will drive engagement. She emphasized that managers and leaders often don’t listen as much as they should but if they start hearing the folks that want to be heard, they can start implementing practices that increase engagement.

By listening to employees, leadership can drive engagement from the executive level all the way down to the front line staff. Mahoney explained that this can be done through brown bag lunches, open idea suggestion platforms and having Senior Executive Service members visiting local offices and employees. By focusing on transparency around the results and across all components of the agency, Mahoney and his team are able to learn what works and drive improvement.
Overall, agency leaders agreed that having a system and a culture that celebrates opportunities for improvement and cultivates continued improvement will allow senior leaders to work with their workforce to increase engagement and make their agencies better places to work.

To see where your agency ranks within its mission area, check out the rankings here.

Why the FEVS Will Never Leave Us
The annual ritual of the Federal Employee Viewpoint Survey (FEVS) is an enigma. To some govies, it is a pain in the you know what. To others, it is the gift that keeps on giving in a bureaucracy that has to keep doing stupid things for its survival.

Gary Hamel, management expert for a long time has advocated the killing of bureaucracies that give life support to meaningless exercises like the FEVS. He recommends a new approach called Management 2.0 where people move from guardians and gatekeepers of 20th Century thinking that does not work anymore to joiners and enablers of 21st Century creativity and innovation.

Here are some examples of how the FEVS and the bureaucracy feed on each other.

Over-Management
The FEVS is over managed. It is tangled in a web of top down initiatives that have no connection to real engagement issues at the bottom of the organization. Most engagement proposals are hatched at the top of federal agencies and passed down through the rest of the organization without a clue as to what the front-line engagement pulse looks like.

Creates Friction
Since grassroots engagement ideas and suggestions have to run a gauntlet of multiple decision making levels, they rarely resemble their original form as innovation and creativity is sucked from them. Consequently, senior leadership rarely gets an accurate picture of what engagement looks like at the bottom of the organization.

Misallocation of Power
Bureaucracies reward political savvy. Political savvy protects the organization. As a result, those who know how to play the engagement game are recognized over those who are really trying to improve engagement.

I found this out the hard way in my agency. When I challenged an executive as to why the agency never reported its engagement ratings by race? She replied, “Because we are politically savvy.”

Since bureaucracies create power structures and relationships that discourage dissent, front-line employees are often afraid to speak up in this type of work environment particularly if it involves bad information. Subsequently, the things that need to change in the organization to alleviate disengagement never happen.

Misdirected Competition
Since different parts of the organization are competing with each other over who controls the engagement narrative, they tend to look at the wrong scoreboard and cancel each other out. Teamwork, collaboration and coordination fall by the wayside as everyone tries to look after “number 1.”

Thwarts Innovation
Bureaucracies overvalue experience and undervalue unconventional thinking from newcomers and external sources. Self-preservation takes over in bureaucracies by creating blind spots that miss opportunities for improvement. Since real engagement reform comes from new and different opinions trying to find a voice at the engagement table, they often have their declarations drowned out by the all familiar song, “that is not the way we do things around here.”

Cripples Initiative
Bureaucracies generate overly safe environments that reduce risk taking. We need to chase out fear when it comes to criticizing the current FEVS narrative.

Obliterates Differences
Bureaucracies centralize decision making and force compliance with obscure rules and procedures. This reinforces an obsession with policies, programs and systems that focus on where have we been when it comes to engagement as opposed to where do we need to go. Transactional engagement dominates the discussion as engagement becomes all about the work. Transformational engagement goes out the window as dissenting views start to blend into the woodwork as everyone talks about engagement in a transactional way.

One way to counteract the FEVS plague is to start doing something about engagement as opposed to talking about it all the time. We do not need the FEVS to improve engagement. WE ALREADY KNOW WHAT TO DO.

As Jeffrey Pheffer and Robert Sutton suggest in their 2000 book, “The Knowing-Doing Gap, How Smart Companies Turn Knowledge into Action,” we can turn engagement into action as we:

• Encourage employees to bring bad news about engagement to the attention of their leaders.
• Create a work environment that discourages inaction on engagement problems.
• Not punish front-line employees when their engagement suggestions do not pan out.
• Construct a safe place where employees can talk about past engagement failures.
• Not admonish employees at the retail level of the organization for trying or suggesting new things when it comes to engagement.

Until the federal swamp is drained, the FEVS swamp monster will continue to terrorize us. It is protected by a bureaucratic shield that can only be penetrated with persistent hopes of equal opportunity. A vision that was confirmed in a July 4, 1776 survey that unanimously claimed all persons are created equal, even when it comes to engagement.

3 U.S. RegTech Predictions – and How to Track Them