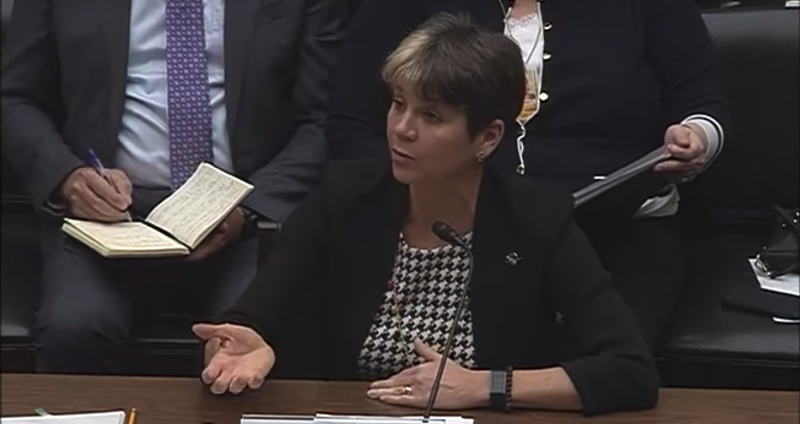 When federal agencies were mandated to assess their IT health in June, the Homeland Security Department (DHS) and NASA were at the bottom of the ranks.

Since then, now on the ninth edition of the scorecard tracking progress under the Federal Information Technology Acquisition Reform Act (FITARA), DHS and NASA have remarkably risen from the bottom according to the public release on Wednesday — from a D- for both agencies to a B for DHS and a C+ for NASA.

“What [the FITARA scorecard] really signals is connection of the technology capability to the leadership of the agency and using technology to truly drive change — not a back-office function,” said Federal Chief Information Officer (CIO) Suzette Kent during ATARC’s IT Modernization Summit on Wednesday, hours before the scorecard was released.

An all-female cohort of officials from DHS, NASA and the Government Accountability Office (GAO) testified Wednesday before the House Subcommittee on Government Operations on the FITARA scores.

For NASA, which started out with F grades when the scorecard first rolled out in 2015, the advancement is in part due to an evolved and improved reporting structure for the CIO to the agency head. Previously, the agency’s CIO, Renee Wynn, did not report directly to the agency administrator. Now, she has direct access which makes it easier to have an influence on decisions such as budgeting and, particularly, to respond quickly to cybersecurity threats and other events.

In addition, the agency has integrated its IT team members into project Artemis, the program sending the first woman and next man to the moon in 2024, to ensure that cyber risks are mitigated at the earliest stage.

Like NASA, DHS is a large, federated agency but with more disparate mission sets within it. Acting DHS CIO Elizabeth Cappello noted that the various component agencies with differing missions have allowed the departments to set their own operational tempos and then bring their strength and knowledge in certain capabilities to the rest of the agency. She offered Customs and Border Protection and its advanced analytics capabilities as an example.

A strong working community among the CIOs is part of what makes the agency’s CIO structure work so far, which is similarly what Carol Harris, Director of IT Management Issues at GAO suggested for large, federated agencies. Harris recommended that departments institutionalize communication processes between CIOs so that component agencies can fall in line to provide information when needed for agency leaders to make sophisticated decisions.

With the uniqueness of each agency, ranging personnel, budget size and mission, agencies and the way they are evaluated must evolve so that government can continue to maintain its IT health.

One thing is clear, that agencies have continued to make strides since FITARA passed. Three agencies received A’s or A+’s and the majority of agencies either improved or stayed the same.