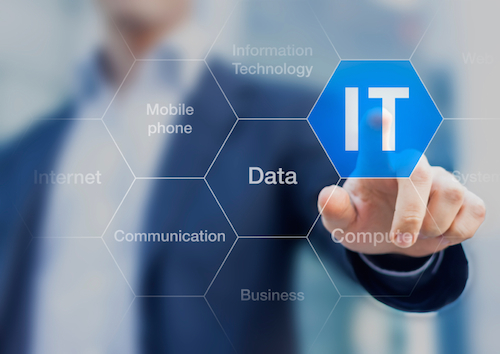 The need for a simplified federal IT process continues to grow as agencies rely more on technology to accomplish their missions. The Federal Information Technology Acquisition Reform Act (FITARA) provides the federal government the ability to actively improve its IT process through better coordination, leadership, and efficiency. Consequently, Congress and the General Accountability Office (GAO) are tasked with grading and monitoring how well agencies are on track in implementing FITARA’s various initiatives.

Dave Powner, Director of Information Technology Management Issues at the GAO, sat down with Christopher Dorobek on the DorobekINSIDER program to discuss how grading agencies’ progress is helpful in implementing FITARA.

“FITARA is government’s way of tackling some of the issues in IT. FITARA is fixing the CIO authorities, addressing the duplicative commodity IT, and finding alternatives to inefficient data centers,” Powner said.

Unlike previous laws, FITARA calls for transparency. For example, there is a requirement that mandates that the Office of Management and Budget’s (OMB) reporting on how well agencies are moving towards datacenter consolidation be made public, Powner pointed out. The request for transparency has also led to the FITARA scorecards.

Back in November, the House Oversight and Government Reform IT Subcommittee released its first round of scorecards. Letter grades were assigned based off of an agency’s self-reported data in four key areas: data center consolidation, IT portfolio review savings, incremental development, and risk assessment transparency. To the dismay of the public, not a single agency earned an ‘A.’ In fact, most received failing grades. And yet, Powner advised us to take a closer look.

On the surface, it may seem as though the federal government is not doing well in implementing FITARA. But, “if you look government-wide, you will always see little pockets of success,” Powner stated. He also pointed out that the overall grades don’t tell the whole story. You need to look at the details of the report (within the four areas scored) and you’ll find multiple ‘As’.

As such, there are some pockets of success and nuggets of best practices to share. One such example can be found in the Department of Veterans Affairs, which scored an ‘A’ in the incremental development section.. Doing well in this area is crucial to the overall ability of agencies to effectively implement FITARA, Powner furthered. He highlighted the need for agencies to approach FITARA with a step-by-step plan. Just refer to an agencies’ conversion away from legacy systems. “That’s a real heavy lift,” Powner stated. Agencies not only have to convert the applications from older systems to make them compatible, but they also have to convert the data from multiple systems to the newer, consolidated center. “These things are tied to mission critical operations that keeps the agency running,” Powner explained. Therefore, you simply can’t afford a “big-bang waterfall approach.”

Agencies may still have a long way to go, but FITARA has proven to be an activator. It has led to more active results in the realm of IT. Further grading will not only hold agencies accountable for the movement forward, but it will further institutionalize transparency and best practices among our federal government. And, as a law, it is here to stay.

To read more about FITARA and how it can be viewed as an enterprise, please click here.