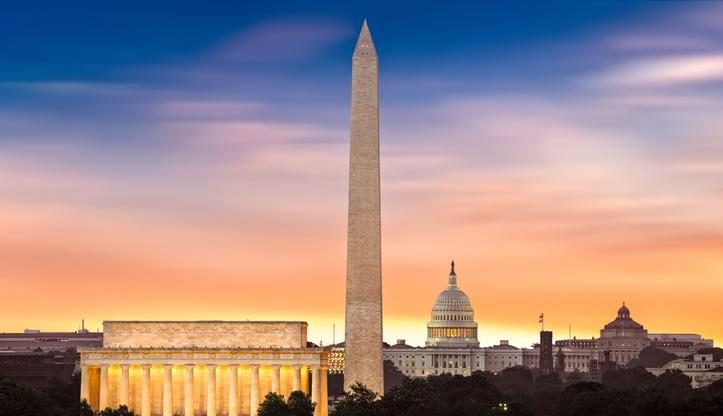 As the midnight Friday deadline draws closer, the cards are falling into place for a surprise resolution to the long-term federal budget impasse that has threatened a shutdown affecting 25 percent of government. The stalemate stems from disagreements over immigration funding – centrally, a proposed border wall that President Trump staunchly advocated for during his election campaign.

Recent indications from the White House and Senate hint that Trump and congressional Republicans concede the political tide has turned against them.

The chime of compromise is a new tone on the budget.

After meeting with Democratic Senate leader Chuck Schumer and Democratic House leader Nancy Pelosi last week, Trump declared that he would be “proud” to shut down the government in order to secure $5 billion in congressional appropriations for the border wall.

Trump’s change in tone started on Tuesday and kicked off the congressional compromise. White House Press Secretary Sarah Huckabee Sanders said that Trump would look for sources outside of Congress to help fund the border wall in hopes of avoiding a government shutdown.

A recent USA TODAY/Suffolk University poll found that 54 percent of Americans would oppose the threatened shutdown, and 43 percent would blame Trump and the GOP. In the same poll, 24 percent would fault the Democrats.

As an alternative funding mechanism, the White House will target agencies’ excess funds, Sanders said, adding that money from agencies which could legally be “reprogrammed” could go toward the wall. However, large-scale budget shifts have to pass through Congress.

“President Trump has asked every one of his Cabinet secretaries to look for funding that can be used to protect our borders and give the president the ability to fulfill his constitutional obligations to protect the American people by having a secure border,” she said.

Following Trump’s retreat, Senate Republicans demanded only $1.6 billion of the original $5 billion proposal. However, they also included another $1 billion that could be used for more of the administration’s immigration priorities, which prompted Democrats to turn that offer down Tuesday.

On Wednesday, Senate Majority Leader Mitch McConnell then offered a continuing resolution – a short-term funding measure – that would fund the federal government in full until February 8. The measure did not include funding for a border wall.

Pelosi said that Democrats will support the bill, despite criticizing the February deadline.

Democrats gained control of the House during last November’s midterm elections but failed to capture the Senate. The 116th Congress will open session on Jan. 3 with Democrats having greater leverage to negotiate budgetary measures.

In the unified government’s find days, Trump’s administration urgently pressed for border wall funding. Although Trump blamed the threat of Democratic filibusters in the Senate, no funding bills with the desired $5 billion appropriation passed through the House.

Given stated Democratic support, the continuing resolution bill will pass through the Senate and, assuming House support, land on Trump’s desk. Trump still retains the option to veto the bill, which would then require a two-thirds override in both chambers of Congress.

“I’m glad the leader thinks the government should not shut down over the president’s demand for a wall,” Schumer said. “And Democrats will support this CR.”

However, Trump asserted that he has other ways to pay for the wall – a suggestion that he would likely pass the bill to avoid a widely unpopular government shutdown. In a Thursday morning tweet, he touted other funding sources – in the forms of trade deals and cost-saving blueprints – though he did not provide specific evidence for either claim.

Democrats will likely embrace the temporary ceasefire as a political win until the new Congress convenes if the continuing resolution passes before the midnight Friday deadline.