Luke Stowe knows personally the value of creating the space and opportunity for employees to innovative, collaborate across departments and share good ideas.

“I had several managers along the way who really gave me significant freedom to experiment and innovate, which was kind of unusual for the public sector, especially in the past,” said Stowe, who became the first chief information officer of Evanston, Illinois in October 2016.

Stowe is paying it forward by empowering his department to experiment with new technologies and use data to drive better outcomes across the city. What’s unique about Stowe’s approach to IT innovation is the vast knowledge he brings to the table.

“In my previous roles, I had lots of experience with all kinds of different people — elected officials, candidates, other local government agency staff and the public,” he said. “I also served on the local school board from 2013 to 2017, which I think helped broaden my perspective as a staff person.”

Stowe recently spoke with GovLoop to talk about tech priorities for the city, how he balances budget realities and customer expectations and what innovation looks like in Evanston.

GOVLOOP: Tell me about your first government job and what drew you to the public sector.

STOWE: It dates back to the fall of 2000 when I signed up to be an election judge for that big Bush-Gore election. I started out as a volunteer and then was asked to come on as an intern, then an election specialist, and then eventually a technology specialist. Mostly, I was really interested in improving the county clerk website, and then other technology initiatives in the office. That’s when I fell in love with the intersection of government, technology and its ability to increase government efficiency and citizen engagement.

GOVLOOP: How did you move up the ranks to become a CIO? 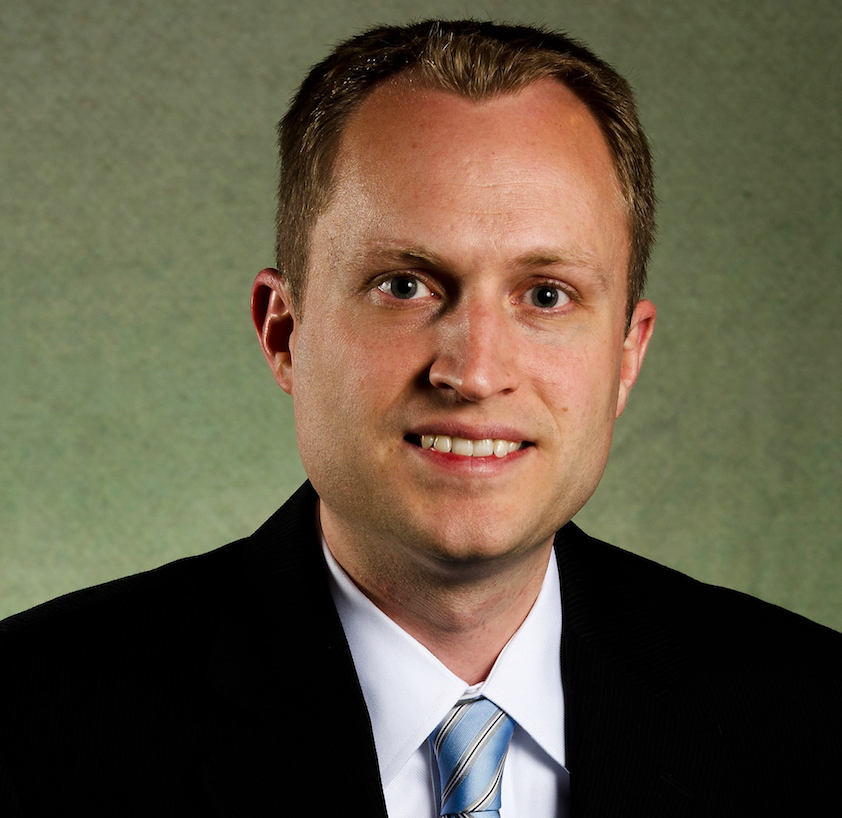 STOWE: I worked at Champaign County for four years and then worked for Lake County government for six years in different election and technology roles. I started at the city of Evanston in the summer of 2012. That was in digital services roles as part of the community engagement team — separate from the IT team.  In August of 2016 I became the interim IT Division Manager and then later was appointed Evanston’s first CIO in October 2016.

GOVLOOP: What’s on your plate these days? What’s keeping you busy?

STOWE: It goes without saying that cybersecurity issues are probably our number one focus right now. But we’re also digging deep on things like data governance, analytics and performance measures. We’re also working to help our partners in our city departments do more in an era of tighter budgets. We’re also trying to align with other best practices and standards like the new GMIS TAPP Accreditation and then also Technology Business Management, which is also known as TBM.

GOVLOOP: Can you tell me more about the performance measures the city is working on?

STOWE: I think we definitely needed to do a better job internally using data and evidence when it comes to budgeting. We’re also trying to share more and more of these performance measures, particularly related to police data, with the public. We also created a data governance team about a year ago, and it’s a cross-section of folks from all over the city who are data-savvy and interested in sharing more with the public but also doing a better job with internal data.

STOWE: The city of Evanston has about 1,000 employees. Our IT team has about 13 [full-time equivalents]. Plus, we have some really outstanding interns. I always say one of our secret weapons has been our talented Northwestern University and also our Evanston Township High School students.

GOVLOOP: What types of projects do they work on?

STOWE: No. Not me, that’s for sure. If you count the interns and the students, we’ve got everything from baby boomers, all the way down to Generation Z, the next generation after the millennials. It’s an interesting mix. You’ve got roughly a 40-year span or more for employees.  Everyone coexists really well, and it makes for a fun environment. We have really great staff members in other city departments that are also tech-savvy, or tech inclined.

GOVLOOP: Can you talk about the dynamics between your office and other departments?

STOWE: We’ve been trying really hard to ensure an environment where the city departments want to come to us to help them procure and review and identify the proper software and applications. We also help them with business process re-engineering and management and so forth. Our city manager always encourages the city departments to go through IT, but we want them to not come to us because they have to but because they want to.

GOVLOOP: How do you make people want to come to you?

STOWE: It’s really important for us to move with a sense of urgency. Often the departments are trying to move quickly on an initiative, and they don’t want to wait months or years for a project or for software. So we need to move quickly, in a thoughtful manner and also try to find them the lower-price solutions.

GOVLOOP: How does your agency balance tight budgets, innovation and citizen demands?

STOWE: Our IT budget is about $2.7 million, with some additional oversight over other technology spend in other city departments. One of our focuses has been on renegotiating newer, less expensive agreements with existing vendors and then also looking to newer gov tech startups, who typically cost less and also have a newer technology stack. And then we’ve taken those savings and then funneled that into the new cybersecurity initiatives that we’ve been working on.

GOVLOOP: What is the city doing to lower the barrier to entry for companies that want to do business?

STOWE: One thing that we’ve tried to do is partner with some startups on different pilots and then see where that leads. In many cases, the pilots are either free or low cost, and they allow us to build a relationship. I think that has lowered the barrier to entry and, in some cases, it has also given the city a low-risk way to do some experimentation.

GOVLOOP: What’s your approach to maintaining solid relationships with your staff and other counterparts across city departments?

STOWE: Relationship building with our other city departments and officials was my number one priority when I became CIO. I think we’ve made significant progress on that front, but we want to do even better. And we do invite department directors to our monthly formal IT team meetings. For example, maybe the month of January is the police chief that comes. And then we ask the directors to share their goals with us for the next 12 months, and then we try to identify how we, IT, can help them achieve those goals.

Interesting interview! Of all the places I have lived in CA, AZ, and IL, Evanston felt most like home to me. It is progressive and innovative, but still grounded in Midwest values. It was obvious that local gov played a big part in setting that tone!

Thanks, Sherie. I’ve heard such great things about Evanston from those who have lived there. It was definitely neat to hear the innovative work happening in the city.

Automation as the Cornerstone of Secure Government Cloud Success